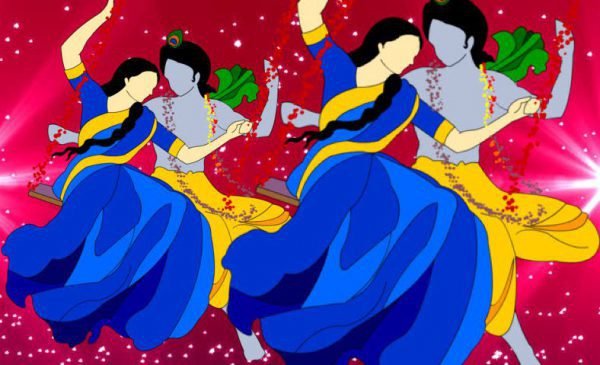 The whole world celebrates Valentine’s Day on 14th February, dedicated to St. Valentine and his love. Even our Indian history is decorated with many love stories with the flavor of selfless and passionate love. Here are some of them.

The Destroyer of the Trinity of Gods, Shiva, was a loner, vagabond, refusing to settle down and be tied down by any earthly relationships. He couldn’t refuse the charms of Sati who wanted to marry him as a boon. But due to a clash of egos between Shiva and her father, Daksha, she chose death over hearing her father insult her husband. Shiva’s sorrow turned into angry tandav that destroyed the world. Again, he roamed around like a vagabond, this time with a broken heart. Every time he trespasses the land of Aryavarta, makes a Linga each besides every Sati-peeth, in that way, this time, he will always be there by her side, to protect her. Parvati, believed to be the rebirth of Sati, gave him a perfect married life.

Narayan or Lord Vishnu is the Preserver of the Trinity of Gods. He took Kurma avatar, a giant tortoise to churn the ocean of milk, to help the Devas and Asuras regain their lost power. Out came Lakshmi, the goddess of wealth and prosperity. She saw Lord Vishnu mesmerizing the Asuras with his beautiful twinkling eyes and mischievous smile and hence, asked him to marry her. They together help to preserve the earth.

Ram, the prince of Ayodhya, also known as Maryada Purushottam, with the image of ‘a perfect man’ married Sita, the princess of Mithila in swayamvara. He promised her his life and that she will always be his only wife and queen. He trusted her enough that she was chaste but people rose questions on her chastity and Ram was bound by his principles as a king. They stayed away from each other for most of their life. She stayed away suffering in silence, knowing what he was going through, Labh and Kush, were the only brief signs of their marital bliss. Their perfectness made them the incarnation of Vishnu and Lakshmi among people. They put their responsibilities ahead of their love and suffered in silence. They are an epitome of love for many people.

Laxman, the brother of Ram, married Urmila, the sister of Sita. Their marital bliss too was short-lived because Laxman wanted to follow his brother, Ram to the forest for vanvas and made Urmila stay back in the palace to look after their old mothers. She waited 14 years to see him and prayed for his safety as the news of the battle arrived. She prayed to goddess Maya to grant her his part sleep for 14 years so that he could stay awake and guard his brother in night. Upon being back from forest they were blessed with twins.

The god who taught love was Krishna. He was the flirtatious Gopal who played the flute and danced with the Gopis, stole their clothes and butter. His love for Radha was a teenage romance full of passion and deep meanings, beyond the social barriers of the land. She dances to his flute and no matter how many gopis attract his attention, every night he meets Radha at the garden beside the Yamuna and made jhulas for her. Later his responsibilities towards his people separated him from Radha. As instructed by him, she waited for years in vain for news from him but she could no longer take the pain and committed suicide. Her death devastated him, he stopped playing flute and dancing. He played the flute only because Radha danced to it.

This love was different, that of a devotee and her deity, that of a human and her God. A 4-year old Meera, princess of Merta was introduced to the idol of Krishna as her husband by her mother who wanted to reduce her daughter’s curiosity about grooms. She took him as the love of her life and loved him like a wife, fed him and talked to him. Her husband was the Prince of Mewar but she was never his. Till today her bhajans and devotional songs are sung all over India in praise to Lord Krishna.

Salim was the crowned prince of the Mughals. Mehr-un-Nisaa was one of the ladies in waiting for the Chief Queen Rukaiya Begum. They met at the palace harems, passion gave way to love. But Mehr-un-Nisaa was married off to Ali Quli, against her wishes. Ten years later, she returned to the harems, daughter in toe, a widow. Salim was now emperor Jahangir. They courted each other for 5 years before getting married. She rose to throne as Empress Noor Jahan. With Jahangir’s alcohol problem she was the one ruling the land and allowed the British trade permits to India.

Draupadi, Arjun and Subhadra from Mahabharata Star plus

The spiciest love triangle hailing from the Mahabharata. Draupadi gave her heart to the young man who won her in swayamvar. She had heard of the great warrior Arjun and chose him over Karna, his half-bother. Arjun was a charmer who gave his heart to his friend’s sister, Subhadra. Subhadra had loved him ever since she knew him and they eloped away happily. Arjun had given up on all his vows to his first wife. Arjun’s firstborn was also Subhadra’s son, Abhimanyu.

Uttara and Abhimanyu from Mahabharata Star plus

These are my favorite epic couple, Abhimanyu was the warrior son of Arjun and Uttara, the daughter of King Virata. They got married just before the outbreak of the Kurukshetra war when he was sixteen and she around fourteen. Their only child Parikshit was still unborn when Abhimanyu got brutally killed by his uncles in the war. In their short span of marital life so great was their love that Uttara wanted to die in his pyre. When stopped by Krishna for the sake of her child, she asked for a boon of rebirth as his wife, to commit sati. The great Rani Sati Temple in Rajasthan stands as a witness to the fulfillment of her promise.

The blind prince of Hastinapur was arrogant and vain. He was angry being denied the throne of the empire due to his lack of sight. Even the princesses refused to marry the blind prince. His uncle was forced to compel the king of Gandhar to marry his beautiful daughter to him. She had the boon of having 100 sons in her womb. She chose to marry the prince who could never see her beauty and chose her motherland and subjects over her life, to avoid war. She too shut her eyes as he could not see.

The fierce warrior of the Mauryan clan, Ashoka was arrogant and moody. At 18, on his way to Ujjaini, he met a Buddhist girl, Devi who believed in peace, not war. Ashoka challenged her that he could solve the revolt without any bloodshed and he became successful indeed but was attacked by his own brothers’ hired killers. She took care of the wounded prince and nursed him to health and told him about Buddha and his teachings. She married him hoping he would seek the path of peace but that didn’t happen. Even after the birth of their son and daughter, he killed his kins for a blood-soaked throne and led his army to expansion. The devastation caused at Kalinga war led the river turned red with the blood of the killed warrior. She left him in anger. He spends the next few years trying to bring her back in vain. Some Buddhist monks changed him and he won her back through her religion and love.

It is said in Puranas that the hunger of Agni, the god of fire is never satisfied. He keeps eating up everything that falls in him and destroys it. Swaha as his wife is a way to satisfy this hunger.

Kama, the god of love, was the son of Brahma. His wife was Rati. As he was turned into ashes by Shiva’s third eye, Rati prayed to God for mercy. Kama was forced to be reborn on earth and Rati followed him happily.

Maharana Pratap is famous for its war tactics and he is one of the first royals of the Rajput clan to marry a commoner. Ajabde was his childhood friend. He fought the social norms and their families to marry the love of his life. She was the perfect Maharani and gave him his heir to the throne, Amar Singh and Bhagwan Das Singh. At the age of 17 he took a stand for the one he loved and loved her so much that after her death, he made no other queen his chief consort.

The Moon God was a casanova with his good looks and charming personality. Among the many of his wives, Rohini was the favorite. Her beauty continued to mesmerize him and captivate him throughout the different tales of the Puranas. He was cursed to wane away because of his partiality towards her. They became an example of love full of passion. 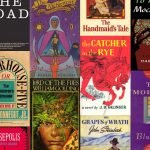 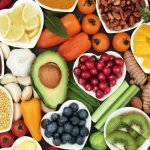