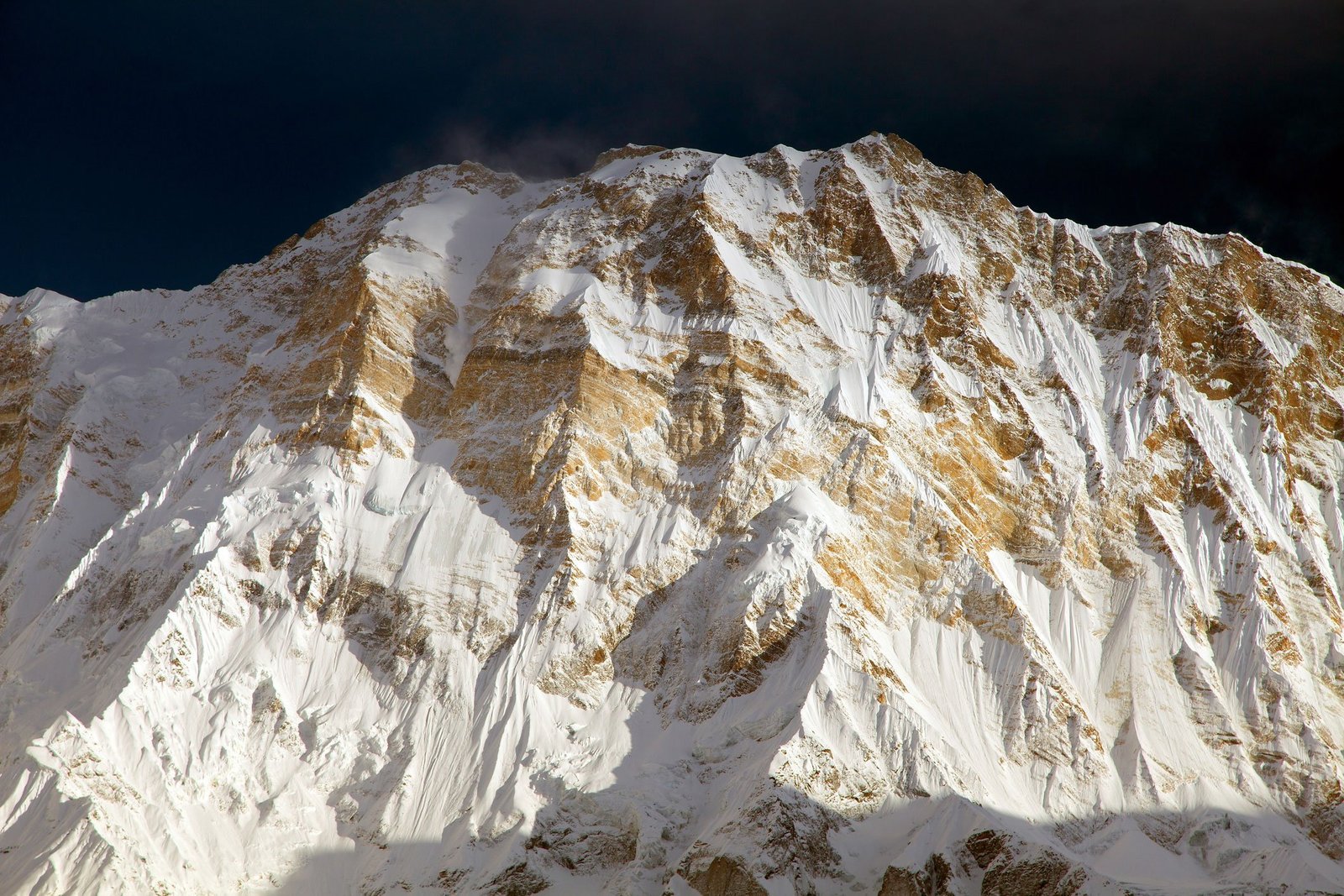 In childhood when we used to draw and paint a lot, to draw mountains was one of the favourite childhood memory of that time.
Here are the top 15 deadliest mountains that are worth giving a try once in a lifetime. To all those who love adventure and want to explore here is your gateway.

Annapurna is a female Sanskrit word meaning the Goddess of harvest. Annapurna is a mountain range in the Himalayas in north-central Nepal which includes many peaks.

The mountain range is 55 and is surrounded by the Kali Gandaki Gorge on the west, the Marshyangdi River on the north and east, and by Pokhara Valley on the south. At the western end of this range, there is a high basin called the Annapurna Sanctuary.

Historically, the Annapurna peaks are among the world’s most dangerous mountains to climb. The entire area is surrounded and protected within 7,629 square and known as Annapurna Conservation Area, the first and largest conservation area in Nepal.

So if one has to feed themselves with the amazing beauty of Annapurna then one must surely try this amazing and deadly adventure.

Nanga Parbat is derived from the Sanskrit word Nagna and Parbat which means mountain which altogether means “Naked Mountain” Nanga Parbat is locally known as ‬and is one of the ninth highest mountain in the world at 8,126 meters (26,660 ft) above sea level.

Located in the Diamer District of Pakistan’s Gilgit Baltistan region. This mountain is locally known by its Tibetan name or Deo Mir which means “huge mountain”.
Nanga Parbat is an immense dramatic peak rising at its highest level and to it’s vertical cliffs and unpredictable weather one of the deadly mountains to climb.

Baintha Brakk or The Ogre is very sharp and rugged mountain range with 7,285 meters (23,901 ft) high, in the Panmah Muztagh, a subrange of the Karakoram range. It is located in Gilgit-Baltistan, Pakistan.

It is one of the hardest peaks in the world to climb. The descent proved more dangerous when coming to climbing as it’s walls are so filled with obstacles combined with high altitude which makes it a grinding situation.

The Eiger is a 3,967-metre (13,015 ft) mountain of the Bernese Alps.
The most remarkable feature of this mountain range is its 1,800-metre-high (5,900 ft) it north faces i.e (facing towards the sun of rock and ice, named Eiger-Nordwand, Eigerwand or just Nordwand, which is one of the most enormous north in the Alps.

Despite the fact that the summit of the Eiger can only be reached by experienced climbers, a railway tunnel runs inside the mountain to give easy access to viewing-windows carved into the rock face.

K2 also which is also known as Mount Godwin-Austen or Chhogori at 8,611 meters (28,251 ft) above sea level is the second highest mountain in the world, after Mount Everest. It is located on the China–Pakistan border. K2 is known as the Savage Mountain due to the extreme difficulty in scaling the heights.

It is one of the oldest mountain range which is famous in Nepal as Sagarmatha and in Tibet as Chomolungma and one of the highest mountains above sea level, located in the subrange of the Himalayas.

Mount Everest charm lures many climbers, in which many of them are highly experienced mountaineers. Mount Everest is one of the dangerous having substantial technical climbing challenges, altitude sickness.

The Dhaulagiri massif in Nepal extends 120 km from the Kaligandaki River west to the Bheri.

This range is bounded by tributaries of the Bheri River and on the southeast side by Myagdi Khola. Dhaulagiri is the seventh highest mountain in the world at 8,167 meters (26,795 ft) above sea level. Dhaulagiri is one of the highest points of the Gandaki river channel.

Gaurishankar (also Gauri Sankar Devanagari Tibetan: Jomo Tseringma;) is a mountain in the Himalayas, the second highest peak of the Rolwaling Himal, behind Melungtse (7,181m). The Nepal Standard Time (GMT+05:45) is based on the meridian of Gauri Sankar.

The weather, avalanches and difficult ice slopes make it tough to climb. But an American-Nepalese expedition finally managed to gain at the top, via the West Face. The route is filled with extreme technical difficulty.

This is a mountain of the alps which is straddling its main watershed and border between Switzerland and Italy. It is a large, near-symmetrical pyramidal peak making it one of the highest summits in the Alps. Europe The four steep faces, rising above the surrounding glaciers, face the four compass points which are split by the Hörnli, Furggen, Leone/Lion, and Zmutt ridges.

The mountain’s current shape is the result of glacial erosion due to multiple glaciers subdividing from the peak commonly as the Matterhorn Glacier at the base of the north face. Sometimes referred to as the Mountain of Mountains. The Matterhorn has become an iconic symbol for the Swiss Alps.

Manaslu is the eighth highest mountain in the world at 8,163 meters (26,781 ft) above sea level. It is located in the Mansiri Himal, part of the Nepalese Himalayas. The name signifies “mountain of the spirit”, comes from the Sanskrit word Manasa, meaning “intellect” or “soul”. It is said that just as the Britishers considered Mount Everest as their prestige mountain similarly Japanese considers Manaslu as their mountain.

The of this mountain is the long ridges and valley glaciers are eye catchy and offers feasible approaches from all over the world. and the climax of this peak is that the towers are steeply above the surrounding landscape. The Manaslu region offers a variety of trekking options.

Denali which can also be known as Mount McKinley which is considered to be the former official name of this peak. It is one of the highest mountain peaks in North America, with a summit elevation of 20,310 feet (6,190 m) above sea level.

Denali is considered to be the third most prominent and isolated peak on earth after Mount Everest and Aconcagua.

Monte Fitz Roy which is formally known by different names such as Cerro Chaltén, Cerro Fitz Roy, or simply Mount Fitz Roy. It is a mountain peak in Patagonia, on the border between Argentina and Chile, located in the Southern Patagonian Ice Field, near El Chaltén village and Viedma lake.

Cerro Torre is one of the mountain range of the Southern Patagonian Ice Field in South America which is located in a region which is disputed among Argentina and Chile. The peak is the highest of a four mountain chain mountain tip is often looked like a mushroom of rime ice which is formed by the constant strong winds which makes it difficult to climb the summit.

Due to active tectonic uplifting, Mount Logan is still rising in height.
The Temperatures over this range are extremely low such as the temperature hovers around −45 °C (−49 °F) on the 5000 m high plateau in the winter and reaches near freezing in summer with the median temperature for the year around −27 °C (−17 °F).

Mont Blanc Monte Bianco meaning “White Mountain”, is the highest mountain in the Alps and the highest in Europe west of Russia’s Caucasus peaks.

It rises 4,808.7 m (15,777 ft) above sea level and is ranked 11th in the world. The location of the peak is on the watershed line between the valleys of Ferret and Veny in Italy and the valleys of Montjoie, and Arve in France which is generally considered to be the border between two countries.
The Mont Blanc is very popular for outdoor activities like hiking, climbing, trail running and also for winter sports like skiing, and snowboarding.

“Never measure the height of a mountain until you reach the top. Then you will see how low it was.” -Dag Hammarskjold
Go ahead on a journey to explore the deadliest mountains. 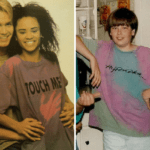 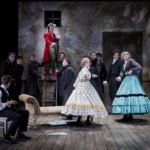