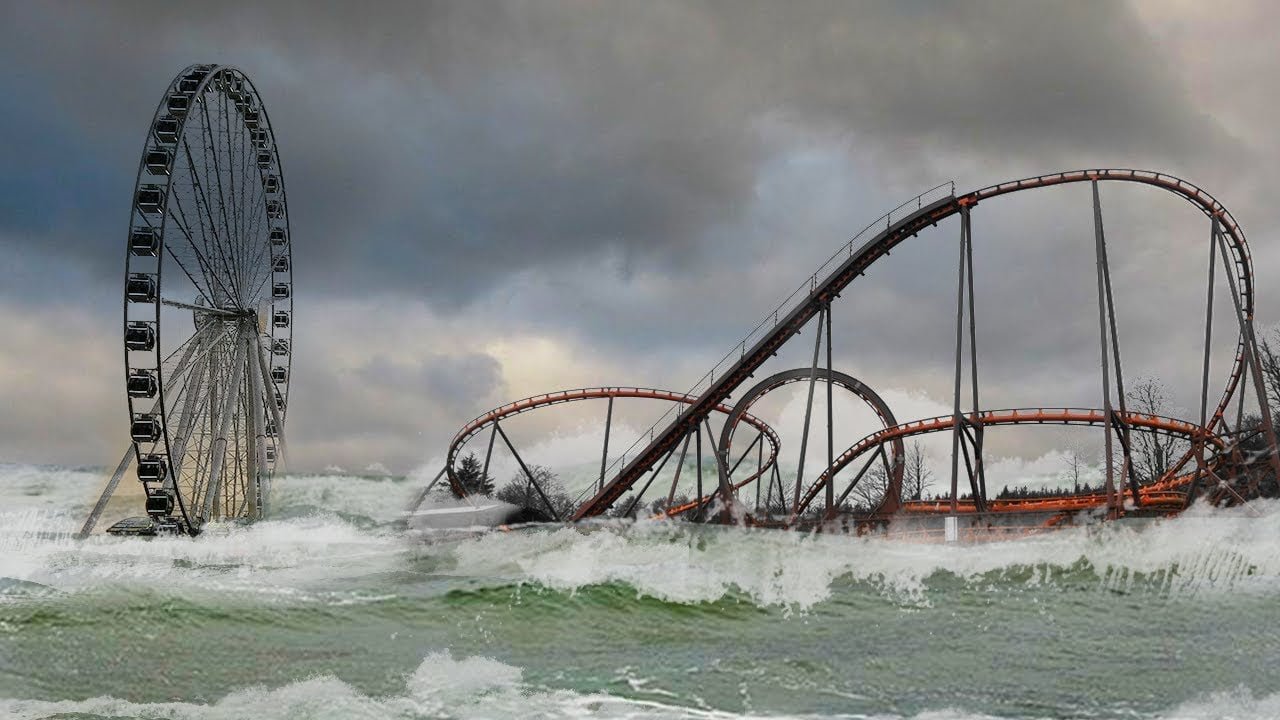 “Ruins are more beautiful than adorned castles, for ruins are the cathedrals of time.”

Desolate towns, empty castles, once-glamorous hotels, witness the world’s top 15 creepiest abandoned places, out of the many other creepy things in the world.

Once, a diamond mine, it is now just a gaping giant hole in the ground. It is often regarded as the world’s largest man-made hole.

Asylums, in general context, give you chills. An abandoned asylum where 50,000 patients died, now that just worse!

The population of this island is a stark 0. This bare land was once a bustling village, inhabited by fishermen and other tradesmen. However, soil erosion and land degradation lead to the land being gradually inhabitable. All that remains on Holland island now is a lonely abandoned house.

Craco, in Italy, is now regarded as a ghost town. Instability of land, lack of agricultural activities and destructive landslides greatly contributed to this phenomenon.

One of the largest factories in New York, dating back to 1856, now remains abandoned. The labour, and subsequently, the produce of the factory came to a screeching halt as a result of a fire in the factory. It is widely believed that the fire was a result of a blast created by German agents out of envy.

Defunct fountains, abandoned castles, empty grounds don’t sound a lot like Disneyland. Except when its construction is never completed. This abandoned theme park, located in China is a fascinating site to explore.

7) An abandoned church with a few lingering parishioners – Czech Republic

The place is exactly what it sounds like, except the parishioners are not alive! To be fair, they are statues.

In a stunning turn of events, a 102-year-old ship transformed into a floating forest! This was as a result of excessive flora and fauna that emerged onto from the crevices of the ship to create a beautiful wonder.

Functional for more than 55 years, the park had to shut down due to a decrease in footfall. Since then it remains abandoned serving no purpose.

A palace, once something out of a fairytale, and now, a haunting land.

This failed project at UFO-like houses is often described as ‘Ruins of the future.’

A classic neo-gothic-like structure that housed orphans, it now serves no purpose. Except for curious ghost hunters that are intrigued by the works of an abandoned house.

An abandoned ship that now floats around the oceans in America.

One of the best well-preserved ghost towns in the world, this town once served great mines. Depositing gold and silver, the town soon grew scarce.