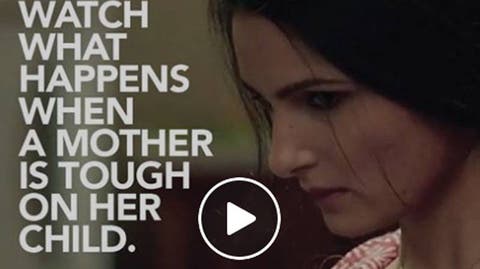 Advertisements are more than promoting brands, they can also be considered as a mode of influencing people on a broader platform. Television is a mode of audio and visual communication which makes it even easier to influence as not all of them can read. Visually, it’s just even easier to understand. Promoting brands is one thing but creating awareness and promoting a brand that is connected to what the brand is selling is a task. Coming up with such brilliant advertisements that are simple and straight to the point is what these advertisement agencies are aiming at.

After 1947, we hear many stories of partition. Many had to move and many lost their friends, families due to all that chaos. We often hear tales about the hatred between India and Pakistan, however, this ad, which was released in 2013, was the most shared and searched ad. It’s a tale of two friends who lost touch after India-Pakistan Partition. With the help of google search engines, they met again after a long time. This is something worth sharing that there could be some peace between the two countries. Something that would bring them to good relations.

It’s uncomfortable when you are being stared at for all the wrong reasons. Those stares need to come to an end. This advertisement shows us how in each instance a woman is being stared at shamelessly by men, knowingly or unknowingly a mirror is being shown down where these men see their own reflection and feel embarrassed or call it them being uncomfortable this time.

This ad focuses on the racial discrimination against all the northeastern states, in this ad the focus being people from Kohima. For those who are unaware, Kohima is the capital of Nagaland. In the ad, a northeastern girl is asked which country does the city Kohima lies in? She opts for audience poll and 100% votes for India being the correct answer. Towards the end, the girl raises a crucial as well as an emotional question in which she asks: despite Kohima being an Indian city, how many people do actually consider people from Kohima as Indians? Northeastern states of India are few of the cleanest states with clean air.

Ariel takes an initiative to spread a message that domestic chores are not just the responsibility of women and making sacrifices or giving up something they have really worked hard for- a stereotypical mindset for females. With the help of these advertisements, Ariel spreads awareness that boys should also understand how to deal with household chores and give a hand of help. Sharing chores is not a bad thing. Raise boys the way you raise girls. The world will be a better place to live in.

This 2008 ad campaign initiated by breakthrough called Bell Bajao aims at encouraging people to raise their voices against domestic violence, in this case, symbolically by ringing the bell. Small steps can help create a change.

“Boys Don’t Cry” or “Don’t cry like a Girl” are commonly heard phrases all around the world. Girls are considered to be sensitive and tend to get emotional easily. Initially, during this ad, we think that it’s something related to gender equality but towards the end, it’s about telling men how to behave with a woman, how to treat them with respect and be gentle. This ad addresses the serious issue of domestic abuse that can be combatted at an early stage by changing the way we raise boys. Since these men were boys, they are told not to cry like girls as it will make the boys look sensitive and weak but instead of making them feel strong, tables are turned and this emotion changed into aggression and dominating behavior and they tend to use violence to express. Towards the end, the narrator Madhuri Dixit tells us that we always teach our boys not to cry, but it’s high time we teach them not to make girls cry.

Holi, the festival of colors and joy. This ad by surf excel shows how deep is the connection between a Hindu friend who protects her Muslim friend from being soaked in water and colors. This ad aims at showing the unity between the two religions. Their hashtag#RangLayeSang suggests the same- unity across communal borders.

The SC Johnson owned mosquito repellent brand All Out’s new campaign focuses on why we must lend support to ‘Tough Moms’ who teach children key life lessons. Living in a joint family a mother’s decision on being hard on her kid is often misheard and she is blamed if he does something wrong. Her upbringing is questioned. In this ad, a similar condition is shown where the family is blaming the mother to be tough on her kid because he stole Rs.10 from her wallet. As the kid refuses to eat food, his mother is blamed for being so strict; that’s when the head of the house, the kid’s grandfather steps in and supports the mother’s decision for behaving the way she did.

A girl can like the same things a boy likes. Gender doesn’t have a color. Girls are always assumed to love barbie dolls and guys are supposed to love adventure and cars. It can always be the other way round. Flipkart’s advertisement aims at spreading awareness of treating all genders equally.

A housewife is always asked what she does the whole day. She just has to sit at home and do nothing. This ad by Midea does an incredible job of showing what a housemaker really does all day long. If she decides to take a break and do nothing, home won’t be a place to live in anymore. Next time never say that a homemaker has nothing to do all day.

This ad aims at showing the importance of blood donation and how it saves the lives of millions in need. It makes you feel good as a person.

The youth of India is the future of the country. The youth is watching. The Hindu portrayed it in a simple, crisp manner. The youth behaves the way they see their surroundings. Be careful of how you behave.

Released in 2016 are a few wishes not just for individuals but for the whole nation. A better and new India. Changes don’t happen suddenly, it does take time but if we make a small change every day, it’s ought to have a bigger impact on a huge scale. These wishes will make India a better place to live.

Yet another ad that brought India and Pakistan closer. This initiative was by Coca Cola wherein machines were placed, one in India and the other in Pakistan. The aim was to just make a friend in each other’s country by doing simple actions which the machines asked you to do.They made a simple connection with the help of a machine that brought them close to each other.

Do marks matter? Hectic admission procedures and going through a rough patch where you didn’t get the college you really wanted? This generation needs parents who understand what a child is actually going through. We live in a very competitive world where without competition there’s nothing. The best job, the best college, topper in school. In between all of this a child loses their innocence and aims solely at becoming the best and feels pressured all the time. The initiative by Lenovo is to spread the awareness about believing in your child and appreciating them at their achievements and encouraging them.

15.Havells – Say No To Discrimination

Havells came up with a series of such ads that talk about acceptance and equality. Treating every individual equally is a sign of prosperity. Treating others with the same amount of care and love will make them feel good and so you might be the reason they smile.