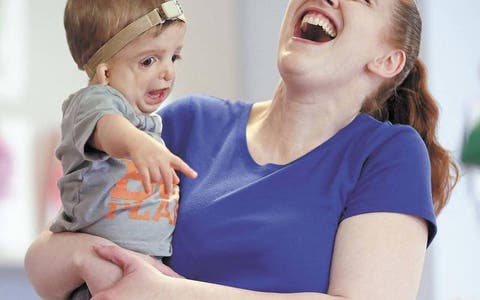 Top 15 Rare Genetic Disorder You Were Unaware of

Any abnormalities in a person’s genome creates genetic disorder. These can be hereditary or can be due to new mutation in DNA. Names of some rarest genetic disorders are given below.

This is a rare disease that makes the body of the child to age faster than normal. In simple words a child’s body resembles to an old person body even before they reach the age of adolescence. The maximum age seen in a child having Progeria is 13.

Aka warewolf syndrome, it is the growth of abnormal amount of hairs on body. This growth is spread on entire body. Hypetrichoosis is so rare that that there are only 50 known cases of it inthe world.

When the muscles tissues of body are replaced with bones that condition is called Fibrodysplasia Ossificans Progressiva. This occurs in 1 out of 2 millions people.

It’s a skin disorder which makes skin so soft that even rarest amount of friction results in scar or blister. Skin starts to develop blisters outside or inside which makes normal tasks very difficult. In this condition itching and ticking are impossible without some serious consequences.

It’s a rare condition which fills the skull of a person with cerebrospinal fluid. This is a dangerous condition as it puts high pressure on brain. Its rare as it only occurs in 1.5 per 1000 babies.

It is extremely rare condition as there are only around 1000 known cases of this disorder. In this soft tissue or bone of a person starts over growing abnormally which makes that specific organ whose tissue or bone is growing bigger than the rest of the body.

This disorder is so rare that only around 200 cases are known. The exact frequency of this disorder is missing. In this condition skin starts growing wartv specially on hands and legs and these warts get harden and big with time. This condition is also associated with skin cancer which makes it more fatal disease.

It is also known as craniofacial duplication and as it’s name suggested it creates duplication is body parts of fetus, it’s results can vary from an infant having more than one nose to an infant having double face. It’s an extremely rare condition that occurs in 10.25 out 10 million births.

In this disorder the part of skull called cerebral in underdeveloped or have some missing bones. It is a birth defect which occurs in infant and most of these infants could not survive after a few hours or few days.

None or lack of immunity creates this condition. Back in time this condition always resulted in death but now scientists have developed the new bubble environment which makes the child more prone to live longer.

It is an unusual type of skin tumor where a horn appears on the skin. The horn is mostly small but can be large is some rare cases. These horn can be of wood or coral.

It is also known as lobster claw hand. In this the hand or feet of the person have a cleft. In other words they only have thumb, one or two finger usually last or middle finger. It will occurs in around 1 out of 90000 births.

People affected by this syndrome have severe mental retardation and speech impairment but what makes them very rare and different is that they walk on their hands and feet. It is linked with incest or intrafamilial reproduction. It’s so rare that only 6 cases have been found of it and in all of these cases while families are affected by it.

It is also known as fish odour syndrome. In this condition an strong odour is released in sweat, urine, reproductive fluid and breath of the person suffering from such diseases. It’s a rare disorder whose exact frequency of incidents is unknown.