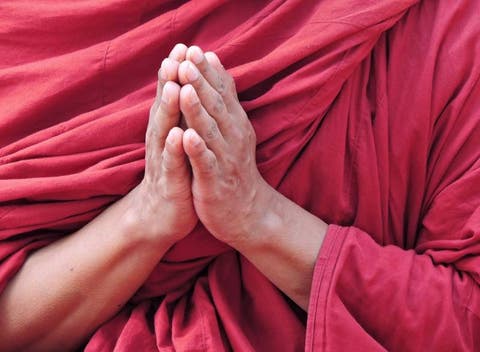 Top 15 Different Ways People Greet Each Other Around The World

In Tibet, people greet each other in a unique way, i.e. by sticking their tongues out. Yes, you read it right, the action we usually see children perform to get on each other’s nerves and make fun of each other is a traditional greeting style, which dates back to who knows when and is still performed today by some elderly people and even some young ones.

In U.A.E., people greet each other by bumping their noses. Not just relatives or close friends but people on formal businesses also perform this to convey their hearty feelings and warm wishes and to show each other that they think of them as a peer, rather than a formal acquaintance.

People of New Zealand have a traditional and rather an intimate way to greet each other; they convey their friendly feelings by rubbing noses and foreheads with each other, yes noses again! Although you have to take the other person’s permission first and it is only performed between very close people.

In Zimbabwe, people greet each other by clapping their hands. Good applause is seen as a warm-welcome. The first person claps once and the second person claps twice to respond. Men and women also have different clapping style. Talk about a greeting that sounds more like a code.

Malaysian people greet each other by putting their hands to their hearts. It is considered very formal, but it is traditional. The action signifies an open heart and goodwill for the other person. It is polite for men to wait for women to extend their hand for a handshake, and if they don’t, then they put a hand on the heart, and a slight nod works just fine.

In Thailand, people greet each other by bowing their body in a slight arc. Place your hands high on your chest and deliver a graceful bow, and you will master the greeting style of Thailand. The higher you place your hands, the more respect you are giving. This gesture is called the wai.

In the Philippines, people greet each other by taking their right hand and pressing it gently to their forehead. This gesture sounds serene and is performed to show respect to elders or even people your age or smaller. This gesture is called ‘mano’.

When guests arrive in their homes, Mongolian people greet them by presenting them with a cotton or silk cloth traditionally called ‘hada’. The receiver takes it with both hands and bows slightly as a thank you gesture. Beautiful, isn’t it? Greeting others with a small gift!

People in Botswana greet each other with a complicate gesture, which requires a person to extend their right arm and place their left hand on their right elbow and interlocking their hand with the other person hand extended in the same gesture and asks ‘lae kae?’ which means ‘how are you?’. It is a traditional greeting style and not very common among people.

In Greece, people usually men greet each other by patting the other’s shoulder or back. It is rather a formal greeting and generally not put into practise by close relatives and family members. However, if you make a new friend feel free to pat their shoulder to show your friendly feelings.

In India, the greeting style of joining one’s hand in front and uttering ‘namaste’ is rather a popular one. But people from different regions have modified the gesture and the uttered words to suit their tongue, thus adding curious contrast to the gesture.

The Masai tribe of Kenya performs an elaborate rite in welcoming someone. They form warriors circles and compete who can jump the highest. They also perform one of their unique dance called ‘Adamu’ or the jumping dance, which is more or less of the same thing.

In Belgium, people greet each other by pressing a kiss to their cheek. They perform this greeting regardless of gender and how well they know the other person. It is beautiful in its own way and is also traditional.

In Argentina, people hug each other and kiss each other on cheek to show that they are happy to see them. These intimate gestures suggest that they have friendly feelings in their hearts and trust in the person.

Read Also: Top 15 Countries That Are Great To Live In.