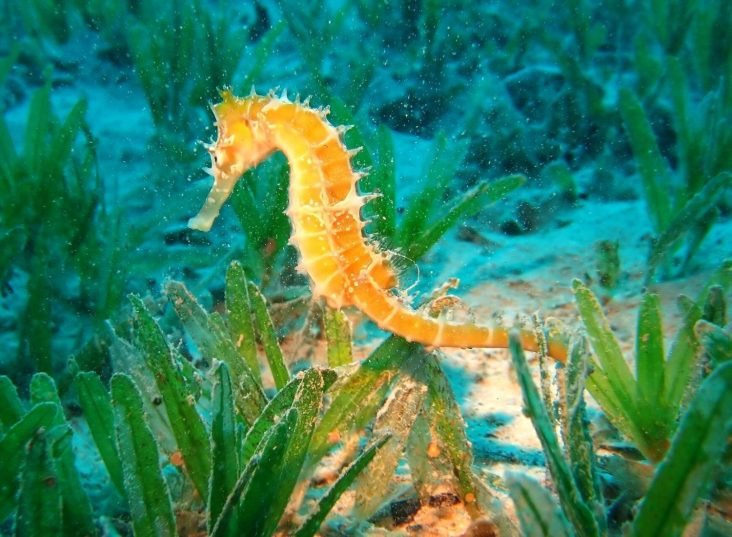 We all are familiar with the common marine animals, but who knows there are these strange looking aquatic creatures. Here, we present to you some of the rare, magnificent, and wonderful aquatic creatures that exist in the world. So, let’s indulge our curiosity into these amazing creatures.

The Allonautilus scrobiculatus is one of the “rarest aquatic creatures in the world”. For the fact, it has been spotted for only the third time, ever off the coast of Papua New Guinea by a US biologist in 2018. It has a slimy, hairy coating on its shell. A vulture and it consumes deceased animals that it finds in the ocean. It is a mollusk that lives in the ocean around New Guinea.

This pink jellyfish is one of the rarest jellyfish to occur in the Mediterranean and had not been documented in the Adriatic sea since 1945. The jellyfish can grow to more than three feet in diameter.

Found only in a single desert spring in Nevada, USA, it is considered as one of the world’s rarest fish. This exceptional species is the smallest of all pupfish and lacks pelvic fins.

White lobster is the translucent, or albino, lobster, which is a one in 100 million catch. The albino lobster is the most unusual of all, lacking any color pigment whatsoever. This pigment-free lobster is considered as one of the world’s rarest lobster.

Sometimes, Dumbo octopus is also called winged octopus because the ‘ears’ can also look like ‘wings’. However, they have neither ears nor wings but fins. Found in deep oceans, as deep as 9,800 to 23,000 feet. It has adapted itself to the cold temperatures.

Native to the Gulf of Mexico is a bottom-dwelling fish with a truly bizarre appearance. This species was first discovered in 2010. They are named after their body shape. They use pectoral fins along with smaller pelvic fins to walk on the ocean floor.

These deep-water predators are distinguished from the other sharks by the following features: they have six pairs of long gill, slits on each side of their broad head, comb-like, yellow lower teeth, and a long tail. They are encountered in tropical and temperate waters around the world.

Rare and least known species of beaked whale is named owing to its spade-shaped teeth. Spectacular features of this species include large beak with correspondingly large teeth that can extend up to 9 inches in comparison to other beaked whales. It can be found in the South Pacific Ocean.

The scientific name for blue crabs is Callinectes sapdius, which means “beautiful savory swimmer.” Blue crabs live along the coastlines of the Atlantic and Caribbean, all the way down to South American and Argentina!

Goose barnacles are one of the weirdest marine animals. They are hermaphrodites, meaning that these aquatic creatures have both male and female sexual organs. They are found attached to the hard surfaces of rocks, wooden ships, driftwood, rejected string; in fact, whatsoever moving or static.

Coming from a family of jellyfish, the Halitrephes maasi is known for floating around in the deep ocean. It rarely encounters humans. Canals that move nutrients through the jellyfish’s body reflect light to make this brilliant and stunning array of colors. Its habitat is in the Eastern Pacific Ocean.

Polarized light can easily be seen by mantis shrimp which makes them distinctive. It is very colorful, yet very deadly. One of the amazing features of the larger species of mantis shrimp is that they can even break the glass of an aquarium by just using their one powerful strike.

One of the interesting things is that Basket Stars have a covering of leathery skin on their arms. It usually has 5 arms (can be 10 too) sprouting from their central disc, same as any Brittle Star. Usually, it is found 1800 feet deep in the ocean.

Flying Buttocks is another name given to this species. In fact, it should look like a worm, as the name suggests. But, its appearance instead is like a pig’s butt. They are approximate of hazelnut’s size. They reside 3000 – 4000 ft deep in the ocean.

Sarcastic Fringe Head is omnivorous. It aggressively protects its home from all the enemies or intruders, no matter what the size of them. Generally, they are found in Mexico and California.

Nature is blessed with diverse and unique aquatic creatures. They are not the commonly seen creatures, so you should consider yourself lucky to have seen them.

When you have the fire within you, nothing can stop you from achieving your goal. 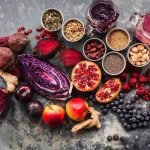 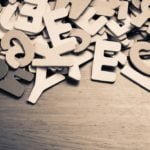