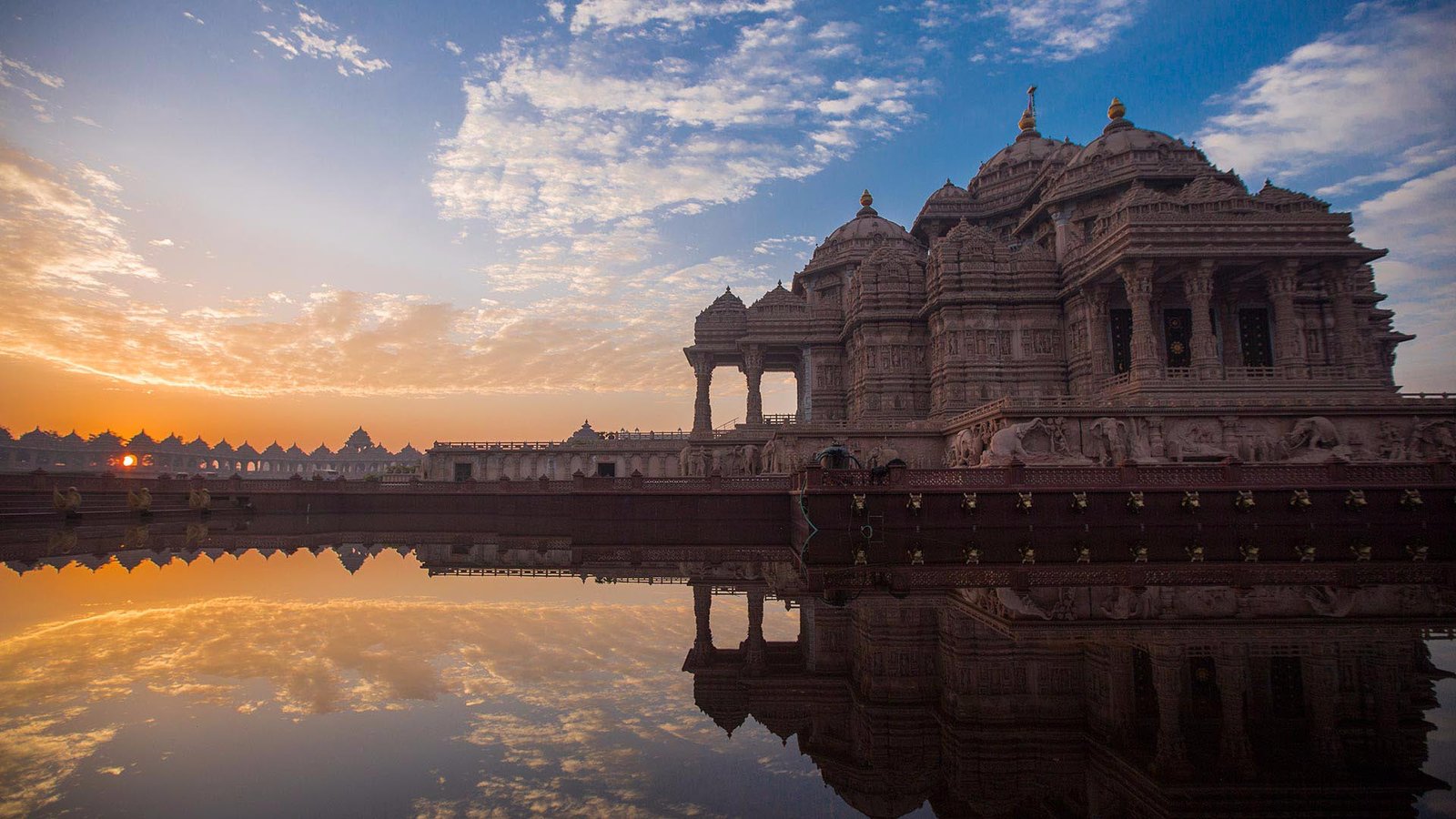 Top 15 Prominent Temples of Delhi You Should Visit

Delhi being hailed as the ‘Capital city of India’ is attracted by tourists and people from all over the world. Though, there are a lot of places to hang out in Delhi but, let’s explore and talk about some of the prominent and splendid temples of the city.

Temple is magnificent work of architecture apart from being a place of worship. It is located near the Common Wealth Games Village on National Highway 24. The temple is devoted to Swami Narayan Akshardham and the gardens surrounding it adds to the beauty of the place. Evenings here, are enjoyed by the pilgrims via witnessing a sound and light show. The view of colorful lights will surely stun you for a moment.

Prehistoric temple is built during the time of the Mahabharata which is later on reconstructed by Maharaja Jai Singh in 1724. It is positioned on the Baba Kharag Singh Marg in Connaught Palace. One of the popular temple of Lord Hanuman, remains open on all days with a huge crowd on Tuesdays and Saturdays.

Renowned place of worship of Aadi Shakti, Maa Jhandewali, is located on the Jhandewalan Road on the way to Karol Bagh in Delhi. Temple is dedicated to Goddess Durga and a large number of Hindu devotees visit it on the occasion of Durga Puja and Navratre.

One of the ancient temple which has the idols of Lord Shiv, divine Parvati and their two sons Lord Ganesha and Lord Kartik. It is located on the main road of Chandni Chowk near the Digambar Jain Temple. Many attractive paintings hang on the walls of the temple. Devotees gathered here mainly during the celebration of Shivratri, when the whole temple appears incredible.

It is one of the oldest temple of Sai Baba which is located in Delhi. This house of prayer is simply designed and has a big idol of Sai Baba in the main hall where devotees offer flowers and chadar. A lot of people visit the shrine on Thursdays.

Temple situated in the Old Delhi is made up of red-stone and is located opposite to the Lal Qila and is one of the biggest Jain temples in the city. There are three main chambers inside the temple where figurines of various Tirthankaras are positioned. Most prominent are Lord Mahavir & Lord Adinath.

A divine place of worship built for Lord Krishna, is placed in East of Kailash. It is known for its unbelievable architecture and the lyrical chant of the Hare Rama, Hare Krishna and the harmonious Mridangam.

Chhatarpur Mandir is a must see in Delhi. It is dedicated to the Goddess Katyayani and is very popular among devotees. It is an amalgamation of both South Indian and North Indian architectural styles and hence matchless and exclusive. There are around 20 temples in the compound with idols of Gods like Lord Rama, Lord Shiv, Goddess Laxmi and God Radha Krishna. Huge Hanuman statue is one of the main attractions of the place adding to its prestige.

Lakshmi Narayan Temple is situated on the Mandir Marg. It is famously known as Birla Mandir. The sacred place is dedicated to Lord Vishnu and Goddess Lakshmi. The monument is mostly built with red sandstone and has complex design on its walls and pillars. A vast garden with animals made up of stone, caves, flowing waterfalls and fountains are few sources of attraction.

Holy place of worship is believed to be imitation of Vaishno Devi and is situated in South Delhi. It is dedicated to Goddess Kali and devotees visit it throughout the year. Constructed entirely by the use of marbles and black pumice stones, is mostly crowded during Navratre and on weekends.

The main source of a tourist attraction, this beautiful and lotus-shaped Atmosphere temple has high security in it. There is a large prayer hall with people offering silent prayers. This shrine has no statue or religious relics. it is immensely peaceful and apt for meditation and introspection. You can spend hours out there if you need peace and calmness of mind.

This is located in Mehrauli and is the sole temple of Yogmaya in Delhi. In October, during the well-known Phulon ki Sair festival in Delhi, many devotees and visitors visit the place of goddess Yogmaya. It is amongst the 5 remaining temples in Delhi from the period of Mahabharata.

A Centre for social and cultural activities for Bengalis, this divine place is deeply worshipped by the Bengali community. It is situated at Chitaranjan Park.

The shrine compound has Devi Kali temple, Shiv temple and a Radha Govind temple which is positioned on the either side of the main shrine. During Durga Puja, place witness devotees who offer their prayers to Devi Kali in large numbers.

Shri Jagannath mandir is located in Hauz Khas in Delhi. Apart from Lord Jagannath, one can worship the idols of Lord Balabhadra, Maa Subhadra and Sudarshan Chakra. This holy place is highly honored by the Oriya community. At the time of Rath Yatra, devotees in large numbers come and see the temple. Use of cameras is prohibited in the temple premises.