Amazon Prime has provided its viewers with excellent content, whether it’s shows or movies. Prime Video has grown to around 150 million subscribers as it offers its viewers more than 5000 movies and shows.

So if you, too, are confused about which show you should watch next, here is a list of the top 15 Amazon Prime shows.

Fleabag is a comedy-drama television series created by Phoebe Waller-Bridge. The series is a one-woman show about a dry-witted girl who navigates life and love in London while trying to cope with a tragedy. The show released in 2016, and its final season aired in 2019. The show is electrifying, devastating, and excelled in artistic choices. It includes mind-blowing performances, masterful storytelling, and a huge romantic heart.

Undone is a comedy-drama web animated series created by Raphael Bob-Waksberg and Kate Purdy and starring Rosa Salazar. It premiered on September 13, and it has even got renewed for a second season. Even beneath layer after layer of visuals, Rosa still manages to register real emotions. Undone is a frequently beautiful and thought-provoking ride, and once you complete it, you surely can’t wait to see more.

Catastrophe is a 2015 British television sitcom directed by Sharon Horgan and Rob Delaney. The story is about an American named Rob who meets Sharon, an Irish teacher with whom he shares incredible chemistry. The series depicts how their no-string-attached plan changes their life and how true love is not convenient. Throughout the four seasons, you will be captured by emotional depths. It’s so great that the only complaint you will have is that it should have more episodes.

Bosch is a police procedural web television series developed for Amazon by Eric Overmyer. The series revolves around Harry Bosch, a detective working with the Los Angeles Police Department who is accused of murdering a serial killer. Bosch is an underrated mystery that everyone must surely watch. The show is elegant, dignified, smart, and will surely capture you through its mystery element. Once you start watching, you won’t stop until the end.

A Very English Scandal is a three-part British television comedy-drama series based on a book by John Preston’s of the same name. The show captures the Jeremy Thorpe Scandal and more than 15 years of events leading up to it. Created by Stephen Frears, the show’s cast includes Hugh Grant and Ben Whishaw. The series is convincing and compelling, and it is a fantastic little show that will leave a huge impact on you. 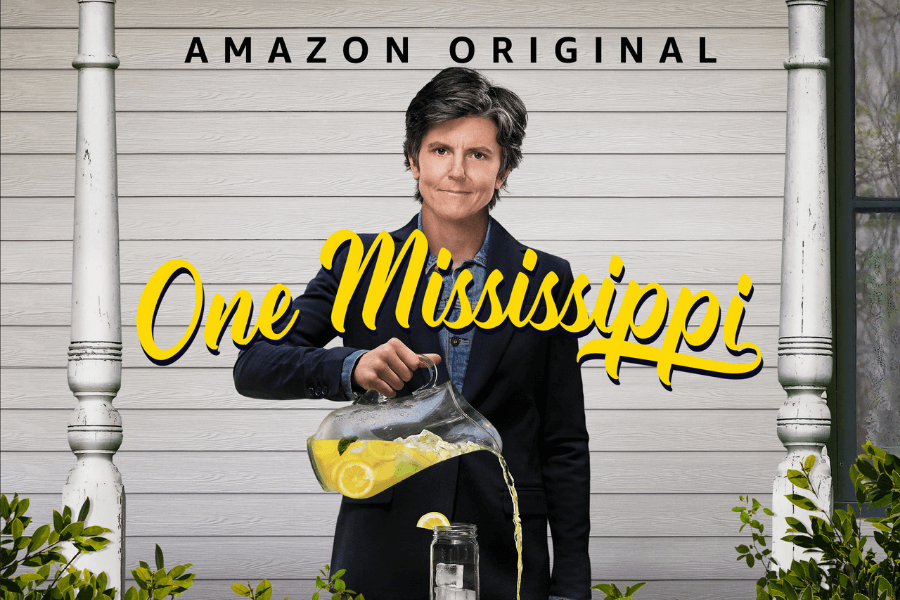 One Mississippi is a semi-autobiographical comedy television series created by comedian duo Tig Notaro and Diablo Cody. Its cast includes Tig Notaro, Noah Harpster, and John Rothman, which received positive reviews from critics worldwide. The series demonstrates genuine performances, stories revolving around events in the life of comic Tig Notaro’s life. One Mississippi deals with big themes, simply and elegantly. One Mississippi is a wonderful, tender show that will change your perspective towards comedy to an extent.

Sneaky Pete is a crime drama series created by David Shore and Bryan Cranston. The series stars Giovanni Ribisi, Marin Ireland, Shane McRae, Libe Barer, and many other well-known faces. The show ran 3 successful seasons and each of them is a major hit. It will for sure be some of the best TV you will ever watch. Its unique storyline revolves around a con man trying to leave his old life behind by assuming the identity of his cellmate. Sneaky Pete is something you will like immediately, as it is wonderful and encouraging.

The Tick is a web television series created for Amazon by Ben Edlund, based on his comic book character, which has the same name. The series stars Peter Serafinowicz, Griffin Newman, Valorie Curry, Brendan Hines, and Yara Martinez. If you’re a massive fan of Peter Serafinowicz, it’s definitely worth watching. The series is best known for its humour and although the series name might seem extremely unappealing, the show is quite the opposite.

9. Mozart In The Jungle

Mozart in the Jungle is a comedy-drama web television series developed by Roman Coppola, Jason Schwartzman, Alex Timbers, and Paul Weitz. The story is based on Mozart in the Jungle: Sex, Drugs, and Classical Music, oboist Blair Tindall’s 2005 memoir of her professional career in New York. The series stars Gael García Bernal and Gustavo Dudamel, alongside Lola Kirke, Malcolm McDowell, Saffron Burrows, and many others. This show has been critically acclaimed for four years in Amazon’s streaming lineup. If you enjoy creative shows, you’ll likely enjoy watching Mozart in the Jungle.

Forever is the story of June and Oscar, a married couple who live a comfortable but predictable life in suburban California. But when they decide to shake things up, their life turns upside down. Created by Alan Yang and Matt Hubbard, Forever is great, but we’re not allowed to tell you why. As to find that out, you must watch it yourself. It stars Fred Armisen and Maya Rudolph in the lead. In simple words, it is a thrilling story of simple love.

Ordeal by Innocence is a Dark Agatha Cristine drama created by Sandra Goldbacher. The show originally belongs to BBC but is also available on Amazon. The drama stars Morven Christie, Bill Nighy, Anna Chancellor, Alice Eve, and Eleanor Tomlinson, amongst various others. The series is excellently adapted from the novel, packed with brilliant performances and excellent drama. The drama is beautifully shot, and slightly darker than the original one. If you love to twist and turn, it is surely a must-watch for you.

The Expanse is a science fiction television series created by Mark Fergus and Hawk Ostby, based on a series of novels by the same name. The series is set in the future and is about rising tension between the Earth and Mars. The Expanse is the best sci-fiction show you will ever watch for sure, depicting the true nature of humans. It is a fantastic show that will keep your interest built up, and for sure, one of the most ambitious shows you will ever witness.

Red Oaks is a coming-of-age web television comedy series directed by David Gordon Green for Amazon Studios. Starring Craig Roberts, Jennifer Grey, Richard Kind, Ennis Esmer, and many others, the series is critically well acclaimed. The series shines through as their sweet tale unfolds, the storyline is fun and entertaining, and the characters are all very charming in their way. It is, without a doubt, a gem that everyone must experience.

The story revolves around John Tavner, an intelligence officer who has a turbulent and complicated life. Patriot is a comedy-drama web television series created by Steven Conrad, and the series stars Michael Dorman, Kurtwood Smith, Michael Chernus, Kathleen Munroe, Aliette Opheim, and many others. A word that truly describes this series is – COOL! The entire production is exceptionally crafted, and the soundtrack is sensational. Steven has created a gauge that will determine how well a person you are.

Transparent is a comedy-drama web television series directed by Joey Soloway. The story revolves around a family in Los Angeles whose lives took a dramatic turn after realizing that their parent is a trans woman. The show dwells upon the LGBT community and has a gripping family drama, holding the ability to change the stereotype mindset of many people in society. Surely the modern era drama show that can give a lot into the society.

So, which one of these amazing Amazon Prime shows are you going to binge-watch first?

Top 15 Ways To Gain Self Importance

Top 15 Must-Read Great Books On Mythology Of All Times

Top 15 Biographies That Are A Must Read

Top 15 Romantic Places Every Couple Must Visit In Mumbai

Top 15 Places you Must Visit in Sri Lanka

Top 15 Ways South Korea Is Different From The World