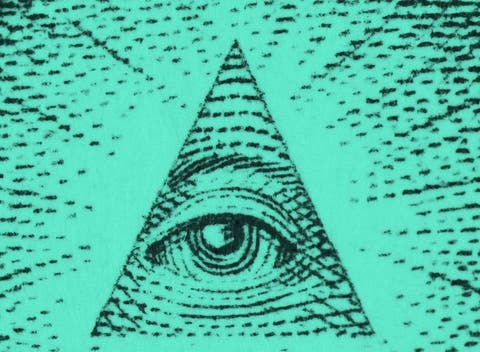 Top 15 Conspiracy Theories You Should Know About

We all have a lot of going on in our world and many things but a lot of problems around us may directly or indirectly related to conspiracies which we don’t know or many didn’t believe in it. But unfortunately, there are some conspiracy theories that show that some big events that happen in history, were the result of conspiracies.

It is believed that the 9/11 instance as a result of a big conspiracy. It was believed that 9/11 was inside work and has been done by America on itself. Many said that the big blast after which the World Trade Center collapsed, was an inside bombing and wasn’t the result of a plane crash. It has been said that the government has advanced knowledge about the attacks and the main motive of government was to enter the South Asia Region, and this conspiracy has served them well.

This theory was further proved, when an Egyptian Business Mohamed-al-fayed, claims that Princess Diana’s death was plotted by the Royal family because she was pregnant by his child and Royal Family would never accept their child’s stepfather as Egyptian Muslim. However the post-mortem report of Princess Diana never declared her pregnant, but many believe that there is a huge untold story that is left behind after Princess Diana’s death.

Jefferson Morley, who was the former reporter of Washington Post said that “ He has a doubt it was done by Oswald as there may be the second shooter. The head of JFK fly backward when he was shot, so he may be shot from the front rather than backside”.

Denver Airport is another thing that contains many conspiracy theories too. Many believe that the Airport is built on an underground city which serves as a headquarter for New World Order. Believers said that the size of an airport is unexpectedly large and it also contains some satanic symbols like A 32-foot large horse statue with fiery eyes, some sculptures of Egyptian Gods of death, the red-eye statue, Luis Jiménez. The airport is twice the size of Manhattan and has built when there was already an airport functioning near downtown.

Area 51 is the other conspiracy plot that fires up the conspiracies again. Many people claim of seeing UFO’S near Area 51 and other strange activities there. While, on the other hand, the CIA declares it a secret military base. But many believe that this place is also used for human experiments and research on aliens. Conspiracy believers see this place as a “place of many hidden secrets”.

It is believed that the famous singer of the band “Beatles” named Paul McCartney died in a car accident in 1966 when his car got hit to the pole. Theorist believes that Paul was replaced by his lookalike named Billy Shears, who acted and sounded like him. It is also believed, that later the other band members started giving the signs of Paul’s death. In their famous cover for Abbey Road, All the four bandmates were crossing the road in which Paul was shown bare feet. Theorists believed that they were giving signs of Paul’s death.

New world order theory is claimed to be the “One Government World” by many theorists. It is believed that the motive of New World Order conspiracy is to eliminate all other governments and run the world with one government, one agenda, and one religion. It is also believed that there are some powerful people behind this conspiracy as they want to rule the world.

The famous Vietnam War that started in the Gulf of Tonkin, between America and North Vietnam was one of the conspiracy theories. As per US listing, more than 2500 soldiers were missing or the prisoners of Vietnam and more than 1200 soldiers got killed. Theorist believes that the war was started by America for Oil and scarce metal found in Vietnam and not because of communist as we all have heard or read.

Project MK Ultra is the CIA’s mind-controlling program, where they did an experiment on humans in order to develop a drug that weakens the person’s brain. It made people confess or manipulate people or isolate them so that they can control their minds and make them their puppets. It was believed that the CIA did many human experiments on US citizens too. This manipulation may involve many types of verbal and sexual abuse to achieve their project goals.

The California wildfire in 2018 has killed more than 24 people and burned many houses. It was also believed to be the work of the Illuminati group. Theorists believe that California wildfire is the result of laser light testing by the US military or some terrorist group. However, many investigations held on the wildfire disapproves of this theory. Later, it held the gas pipeline as the reason for the wildfire.

As we all know ISIS, many theorists believe that America plotted ISIS in Syria to depopulate the state and to take over the oil refineries of Syria. It is also believed that Britain, Israel, and America create ISIS to “develop an extremist organization that would help them to achieve their various agendas around the world”.

The death of Netaji Subash Chandra Bose is also an unsolved mystery and gives birth to many conspiracies about his death. At the time of Netaji’s death, it was believed that Netaji got died in a plane crash but the theorists believe anything but this.

As per theorists, Netaji was alive after the plane crash, and he escaped to the Soviet Union. After, he also gave his radio broadcast from Siberia. When Britain knew about his escape from the accident, they plotted Netaji’s death after getting orders from the Soviet Union. Many others believed that Netaji spent his further life as a “Sadhu” in Bareilly, India.