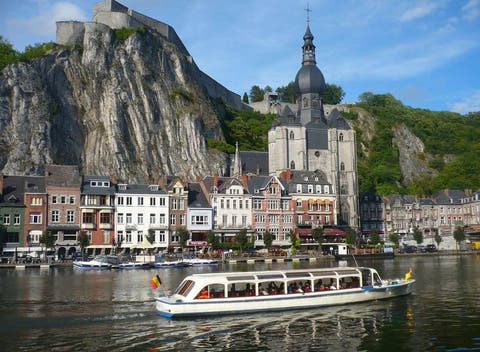 Top 15 Countries That Are Great To Live In

This is the thing about feelings: they can never be measured in terms and one of them is ‘Happiness’.

While it has to come from within, the rate of happy people differs from different countries. Economic Empowerment is a key component in defining a satisfying lifestyle, yet it is not the only one. Researchers claim that the happiness of people has not been increasing with the overall wealth development of the country.

Therefore, in the era where the global rate of happiness is declining, despite the continued economic growth, there are still countries where people are much more contended and exuberant.

So, this article is all about the countries where citizens are living the lives that we all dream of. These 15 countries are among the most prosperous and also the safest nations in the world and here I share the reasons for it being so.

This year again Finland has topped the list of the world’s happiest countries in the world. It has a population of around 5.5 million. It’s a place where people are much more generous than we expect in our country, having no corruption and an exceptional rate of GDP growth every year. Finland’s balance of beauty and generosity has helped it retain its place among the top.

This year’s next is Denmark, known for its high taxes it still manages to do so. Why? because of its low corruption rates and the high quality of services provided to the people. Here, everyone is well provided for almost everything. Parents get a year of paid parental leave, college students get free tuition. Benefiting from exceptional life expectancy and the smallest wealth gaps in the world it may back the top position next year!

What do you think maybe the best thing about Norway? The best part is that the workweek is much shorter and the vacations are longer! People there can live their lives to the fullest and can best pursue their passions after working. Norway has an excellent concept of Democracy and equality. Income disparity is a thing of past there. It has also been described as Europe’s most beautiful country with phenomenal social support and no corruption.

Despite its tiny population, Iceland has an ancient tradition and phenomenal economic growth. It is a land of midnight sun but the winters can also be scary. It is the most equality driven, it is the first and the only country ensuring 100% equality in wages amongst men and women. They have very low taxes, free medicare, free tuition fee, and education too.

The Netherlands is famous for its scenic beauty residing in its mind fumbling Amsterdam, which is one of the most visited cities in the world. Their brand of lifestyle is uncomparable and their virtue of cultural diversity is embracing. The farmers of the Netherlands gain the pleasure of feeding millions of people from outside the borders of the country. They have sustainable agricultural practices yielding them a greener way of living. The economic development of the country has raised the standard of living there in many folds.

The best part about Switzerland is the magical Alps and majestic Swiss chocolate. But the key to their happiness is their Governmental efficiency, anxiety related to politics is the lowest in Swiss. It ranks amongst the top in terms of housing, work-life balance, personal security, green living, and great disposable income. It has an amazing life expectancy and a thriving population.

Social support and life expectancy is the key there! Their taxes are high but their health care and higher education are free. They are always trained to adapt to the ever-changing technological environment. Sweden has a rich communal spirit which states that ‘ You should stay content with what you have and enjoy all your things in moderation!’

New Zealand is one of the only two countries outside of Europe which makes the top ten list. It has great natural and physical appeal. People, there are very down to earth and acceptable. Therefore, their happiness has more to do with their attitude than anything else. Immigrants to New Zealand are accepted as locals much quicker than approving citizenship. The Kiwi country has its Aura.

This paradise on Earth has also stayed on the list for so many years. Canada has adverse climate conditions still it manages amongst the top happiest countries in the world because of it’s well -functioning Government and great life expectancy. Along with beauty aspects, it has a small population having a vast area to spread and explore nature. They have access to free health care and a healthy work-life balance.

The known country by its capital Vienna has regarded as the most liveable city by the Global Liveable Index. They have the aspect of freedom to the fullest. Unemployment is very low and literacy, as well as education rates, are very high. They have a strong sense of civic duty as almost 80% of the people vote.

It has a stunning landscape that is viable enough to put a smile on every face who gives a visit there.

Being famous for the Kangaroos, they have great outdoors to embrace fellow visitors and citizens. It is also prosperous in many aspects, the most is tourism. It is the smallest continent but is one of the largest countries in the world. It is well known for its beaches and the deserts.

Also, it is one of the most highly urbanized countries.

The specialty here is that the funds once located for military and fightings are now used for healthcare, environmental preservation, and education. It is a place where people have the longest life expectancy and many of them even live past than a century! They are all tied together and work together with them in a friendly environment.

By some, it is even considered the healthiest place on earth.

Everything has been done for the betterment there since the past so many years making the country fall in the top category. The country ranks 11th on World Happiness Reports of most tolerant countries. The green landscape is also unmatchable, economic development and life expectancy have been rising for so many years.

The reason behind this is the use of a renewable way in the best possible way especially wind and solar power. It boasts high unemployment and a developed Economy. People, there are high on life and living. The focus there has also shifted from unnecessary things to major problem climate change.

The last in my list is Belgium world-famous for its chocolates boasting it’s good work-life balance and great incomes and education. Despite its deepened terrorism, it is ranking amongst the top for its social support networks.