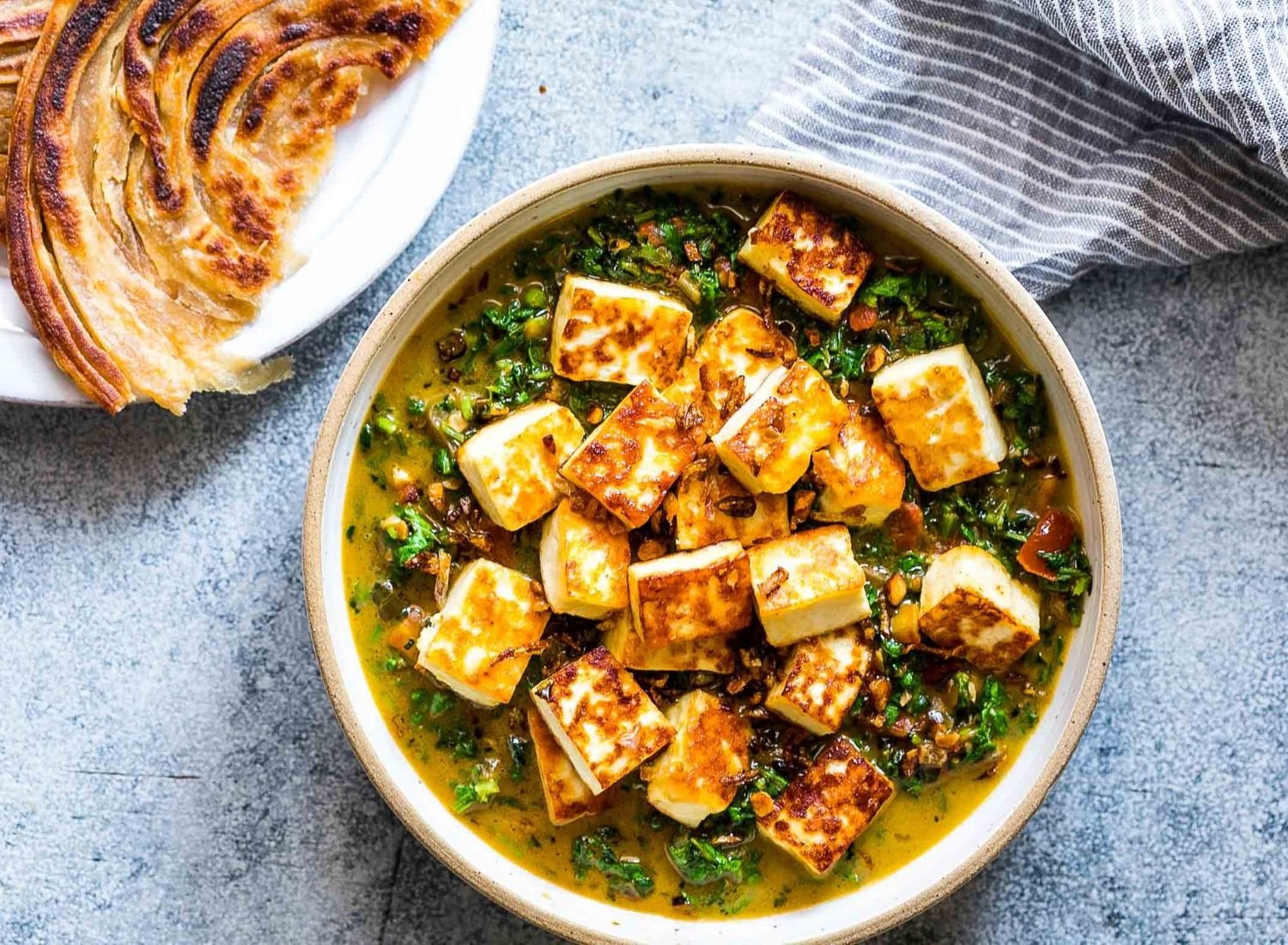 Paneer or Cottage Cheese is a great ingredient to prepare an array of various kinds of main dishes. Bland and creamy at its heart, Paneer has the capability of being the star of different kinds of curries& gravies. It tastes exceptionally well with those spicy flavors by blending in the dish in the best of ways!

Here are the Top 15 Paneer Main Courses that are quite Indian at heart!

Shahi Paneer is a well known Indian Paneer main course. The word Shahi refers to Royal. Apparently, the origin of this dish is from the traditional Mughlai cuisine. There are various different styles of cooking in this recipe. However, one of the most popular ones is adding fresh Paneer to a curry made with onions, tomatoes, cashews, cream, etc.

Kadai Paneer gets its name from the vessel it is cooked in, an Indian wok called Kadai. There’s also a special spice mix named Kadai Masala. This Masala is made with a few selected whole Indian spices, roasted and ground. Paneer and bell peppers are cooked in an onion & tomato based gravy with chilies, salt, sugar, and cream.

Palak, that is spinach, and Paneer both serve for an absolutely winning combination. Paneer tastes really well with the sour taste of spinach purée cooked with garlic, tomatoes, green chilies, and selected spices. Cubes of freshly made cottage cheese added to a rich, creamy spinach gravy is undoubtedly quite delicious!

Paneer Do Pyaza is a flavourful variation in the list of tasty Paneer preparations. Do Pyaza refers to two ways of Pyaz or onions added to this dish. One way is to make the base gravy, which is caramelized brown onions, and the other one is stir-fried medium-sized shells of diced onions. Also, the quantity of onions used in this dish is twice as usual.

Paneer Butter Masala or Paneer Makhani, as the name suggests, has quite a buttery sauce. The texture of this sauce is super smooth, creamy, and it is quite lustrous as well. Cubes of super soft Paneer are added to this rich sauce for you to experience beautiful, mild, and buttery flavors in your palate.

Matar refers to green peas. Green peas and Paneer serve as a good combination to add to usually a tomato, or tomato & onion based curry. Matar Paneer has quite a homely feel to it. One can have it with Chapati or Roti. Some sliced onion with a dash of lemon juice along would taste awesome!

Paneer Chilli is sort of an Indo-Chinese dish, and one of the favorite paneer main courses. It has a sauce made with lots of garlic, ginger, green chillies, some spring onion, capsicum, and soya sauce. The gravy has light to medium consistency, with coated Paneer (Paneer Manchurian) added to it, making for a scrumptious dish to relish!

Malai Kofta sounds like an odd inclusion in the list of Top 15 Paneer Main Courses. But, the Kofta (dumplings) in this dish is made with nothing but Paneer! There’s crumbled Paneer, seasoned and coated in a layer of boiled potatoes, made into small dumplings and deep-fried to absolute perfection. These are then added to a basic Indian-style orange gravy.

Paneer Pasanda is an absolutely lip-smacking delight! It has these small sandwiches made with thick Paneer slices, filled with mint chutney and then fried. This fried Paneer goodness is then added to an onion-tomato based gravy. Spices like roasted cumin seeds and Kashmiri red chillies elevate its flavour and how!

Paneer Korma is a mouth-watering Paneer dish made in a white gravy. It has rich ingredients such as almonds, cream, yogurt, onions, ginger, and mild spices. You get a soothing velvety texture and a lot of mild flavors. Royalty lies at the heart of this Indian goodness. Its aroma is one of the finest ones you could ever experience!

Achari Paneer is a hot, spicy and tangy flavoured Indian Paneer recipe that has a whole lot of flavour packed in it. The spices used to prepare this dish are pretty similar, or at times exactly the same as the ones used to make Achar or Indian Pickle. It tastes delicious when served with plain Chapati, Naan or Rumali Roti.

Paneer Bhurji is crumbled Paneer. Fresh Paneer is either crushed and crumbled with the help of hands or using a grater. Then it is added to a tomato-based gravy or sauce, with green chillies and a few spices added to it already. It gives this homely, comforting feeling, apart from being super nutritious and tasting really nice.

Paneer Jalfrezi is a simple yet delicious dish that has basic ingredients such as bell peppers, tomatoes, onions, garlic, chilies, and Indian spices. The method of preparing Paneer Jalfrezi is to get the semi-dry curry ready first and drop in the Paneer towards the end. It is spicy, a bit tangy, and quite tasty.

Tawa Paneer is a semi-dry dish that is cooked on a Tawa or griddle. The semi-dry curry usually has the chopped capsicum, chopped onions, tomato puree, regular Indian spices, and a dash of lemon juice at the end. Garnished with fresh coriander leaves, and relished warm with Chapati, Roti, or even Bread.

These were the Top 15 Paneer Main Courses that are rich, delectable, flavourful, and super Indian! Which one did you like the most?