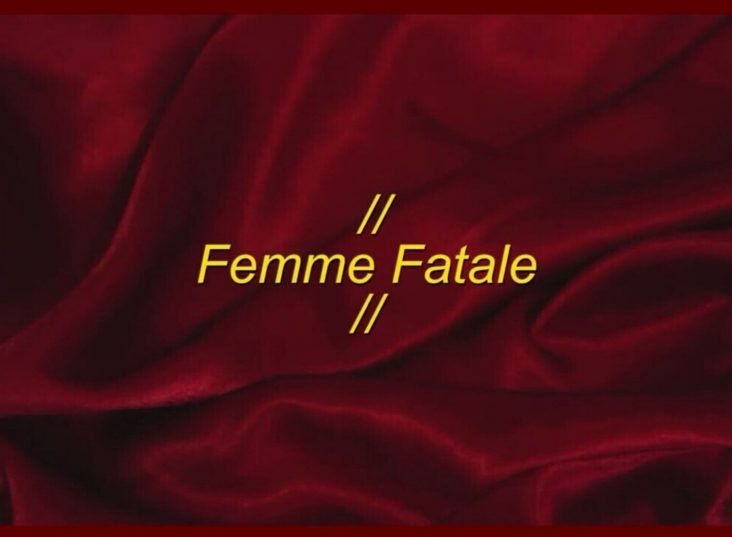 The femme fatale is bold, beautiful, and bad to the bones. Some features define her, she is magnetic, seductive, and often irresistible. She makes a sensational first impression, turns several heads, and immediately hooks up the attention of the protagonist as well as the audiences. She is someone who gets what she wants and knows how to get what she wants. Here is a list of the cold-hearted yet complicated top 15 FEMME FATALES with complex or sometimes evil intentions who have continued to grace the screen for so many decades.

Catherine lingers on the margins of domestic bliss with Nick Curran (Michael Douglas) but she always returns to her basic instincts which subvert the established heteronormative expectation of the patriarchal set-up. Nick thinks he is the hero of this story but fails to see that Catherine controls its narrative and views him as one of the disposable characters from her books.

Rather than rebelling against the establishment, the movie shows the mutated offspring of adults indifference running rampant with little in the way of personal consequence. Sarah Michelle Gellar’s character Kathryn Gellar embraces this anatomic detachment crafting her greatest performance as the acid-tongued character.

She is a powerful, rich, confident, and sexually liberated young woman in a film where so many are relegated to sexual conquests instead choosing to brandish her sexuality as a blunt instrument, she says, “God forbid I exude confidence and enjoy sex. Do you think I relish the fact that I have to act like Mary Sunshine 24/7 so I can be considered a lady?”

She is the perfect example of an utterly unlikable character who despite all her negative traits manages to earn the audience’s investment. There’s an ambiguity to Katherine’s garish designs which leaves one wondering whether she is adhering to some unknown master plan or if she’s starting fires just to see how fast they spread, no matter what she is a Machiavellian mistress of manipulation who made the film a classic of the ’90s.

The film transformed teen comedy with its morbid, biting satire of high school. In the John Hughes era of perfect movie endings and teenage romcoms, Heathers heightened adolescent cruelty and darkness and even made them funny. The film portrays a dark dystopian environment for teens with a complex protagonist (Winona Ryder) who is a femme fatale in most of the film being an accomplice to murder.

She ends up choosing to be the “new sheriff” of high-school town and beating her psychotic lover even though she realizes that there is no larger profound takeaway to the high school experience, she chooses to be the new femme-fatale of the dystopian world who is may not be a total goofy-two shoe but someone who has not lost faith in humanity.

The film initially received negative reviews when released in 2009 but by 2018, in the wake of the MeToo Movement, the film has become a cult film and has received appreciation as a feminist horror film. The movie is focused on Jennifer Check played by the beautiful Megan Fox who wreaks havoc on her tormentors and it subverts the negative trope of women’s sexuality as here she is in a way saved by her sexual experience. She is the femme fatale/succubus who stays beautiful by killing males.

One of the most complicated femme fatale of the list is Madeleine Elster/Judy Barton played by Kim Novak in Alfred Hitchcock’s, “Vertigo” as till the first half of the film she is Madeleine, a deceiving and never to be trusted femme fatale who makes the hero lose his mind.

In the second half of the film, she is Judy who is ready to sacrifice her identity just to be loved by the hero. The film throws light, not on the femme Fatale’s deception but the so-called hero’s misogyny which leads to the death of so-called dangerous femme fatale.

Amy Dunne played by Rosamund Pike is one of the very few femme Fatales who triumphs, successfully takes revenge from her husband, and also ends up becoming a mother which is quite the opposite of the traditional femme fatale ideology against motherhood.

Moreover, she is unpunished for her wrong-doings which also subverts the traditional idea of Femme Fatales to be punished by the end of the movie or novel. She gets what she wants but still ends up being devoted to rebuilding her marriage with the man who wronged her, complicated? Yes!

This young femme fatale looks all too innocent and victim-like until the very end of the film. India Stoker played by Mia Wasikowska is a girl who throughout her childhood suppressed her murderous tendencies by diverting her attention to the lesser evil of hunting birds with her father.

Just as the title of the film “Stoker” references to Bram Stoker’s “Dracula”, India is the typical femme fatale who is like a vampire out there to suck out the life of people, she doesn’t care about the law or the normal rules of conduct, the only thing which drives her is a blood lust.

“Looks are deceiving.” Is the perfect quote for Evelyn Mulwray played by Faye Dunaway who appears to be a dangerous and seductive enchantress at first but then she turns out to be a victim of abuse, who wants to protect her daughter?

She doesn’t fulfill the role of the perfect femme fatale. Neither does she succeed in running away from patriarchy nor does she directly cause the hero to lose his mind or life but she definitely makes the hero contemplate his gender role of being “the savior” or “the hero”.

She also makes the audience question themselves who judged her to be a femme fatale in the first place. Lawrence Walsh (played by Joe Mantell) tells the protagonist and maybe the audience too, “Forget it, Jake. It’s Chinatown.” But can Jake and the audiences forget?

Ava played by Alicia Vikander does everything a typical femme fatale would do the males around her. However, what separates her from the typical femme Fatales is that whatever she does is not because she is wicked or has evil intentions but only because she wants to survive. It is a fresh take on femme Fatales as she is not even a human!

It makes one wonder how much decision-making power does she have? Is it the result of her programming or does she act on her own? Nevertheless, its parallels with the male anxiety of women taking over the world of patriarchy and Artificial intelligence outsmarting man.

She is not a true villain or a character who can be put in one water-tight compartment of heroism or villainy, just as her allegiances remain fluid she remains to be the femme fatale who wouldn’t be tamed by no man. She recently left Batman at the altar waiting to marry her in Tom King’s Batman #50.

She cuts off heads, squashes eye-balls, breaks out of a buried coffin, and what not? Beatrix Kiddo played by Uma Thurman is a woman you don’t cross. Her quest against the man who wronged her is a radical act of resistance. She does not just kill him but all the women who support him which even includes a mother.

She is ruthless and violent but unlike the other Femme Fatales she is still not a villain by any means, she is the heroine of this narrative. Tarantino by the representation of such a femme fatale portrays an inspiring shift from male-dominated martial arts films.

In the disguise of an all too sweet and innocent fourteen-year-old Hayley Stark (played by Ellen Page) tortures a criminal pedophile and castrates the man. She is even more dangerous than other Femmes Fatales in the list because she is the youngest one and probably not even a woman yet.

As Samantha Jane Lindop writes, “The threat of castration is made all the more pronounced by the fact that Hayley is a girl rather than a woman.” She is also not dressed as a typical femme fatale, she is tom-boyish and not portrayed in any sexualized manner. Hayley Stark represents a new kind of femme-Fatales.

Margaret Atwood’s novel “Alias Grace” in 1996 introduced the world to Grace Marks. In 2017, the novel was adapted into a mini-series of the same name. Grace stitches her identities from time to time according to her convenience and what suits her best. She remains an enigma till the very end and one can never tell if she is the femme fatale or the victim in this story.

Cersei Lannister (played by Lena Headey) is one of the most important Femme Fatales in “Game Of Thrones” who drives the plot forward. She is cruel, cunning, and ready to demolish anyone and anything to get what she wants.

Interestingly, she is a mother. Her identity is centered around her children but at the same time, she is vicious, sexual, and a villain, which are the three attributes that never reflected in typical mothers. She loses all her children but still manages to remain the queen until another femme fatale takes her throne.

The character of Simi Sinha played by Tabu has no moral values or ever has any regrets. She is full of faults and a deceptive femme fatale you can never trust. She is never presented as overtly sexualized nor is she ever shown to have any redemptive qualities in her. She only cares about her well-being and is ready to kill or ruin the lives of those who threaten her happiness.

However, the film’s ending is so ambiguous one is left to wonder if Simi is the sole villain who only cares about herself or is it Akash (played by Ayushmann Khurrana) too still playing games with Sophie (played by Radhika Apte) and… us?

That’s the end of the list of some of the greatest Femme Fatales who never fails to shock us, she forces us to face the basic, deeper truths of our existence and reminds us that underneath the artificial, everyday concerns we distract ourselves with – there lurks an abyss we could fall into at any moment.

The Femme Fatales also make us critically analyze our society where people root for the femme fatale only if she is beautiful because if she wasn’t pretty then wouldn’t she be just a villain? Why give her a different name altogether? What do you think? Tell us in the comment section! 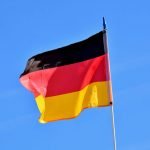 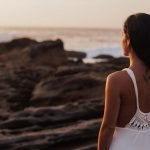