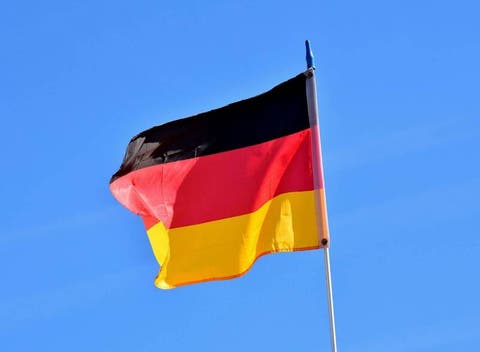 Top 15 German Superstitions That Will Amaze You

Around the world, different cultures hold different beliefs and superstitions which gradually become symbols of good luck or bad luck. We can say that ‘Superstitions are habits rather than beliefs’ because they become a part of one’s life. Today, Germany is one of the most developed and advanced countries of the world, and Germans too have their own sets of superstitions. So let’s look into the top 15 German superstitions.

To say ‘cheers’ or ‘Prost’ with water in Germany is believed to wish death on all your drinking buddies. It means you want your friends to die.

Giving a German knife as a gift means that you are wishing them and everyone in their household injury and death. This superstition comes from an ancient deal gone wrong, a knife smith once made with the devil, which ended with the devil cursing all his work.

There is a range of German superstitions related to old ladies, who are generally seen as evil. According to ancient medieval custom, one of the unluckiest things you can do is walk between the two ladies on the road. Because then they’ll trap you in a pincer movement like the velociraptors in Jurassic Park.

4. Bread And Salt For A New Home

The traditional gift at the housewarming party is bread (Brot) and salt (Salz). It will make sure that your new hosts will never be starved or hungry in their new home. Especially, if they like salt, bread.

5. Looking Into The Eyes

In Germany, it’s believed that if you don’t maintain eye contact while raising a toast and clinking your glasses together, you will have bad sex for the next 7 years.

It’s considered good luck to break something glass or ceramic. The Germans have a saying – ‘Shards bring luck’.

8. Knocking On The Table

In the earlier time, all pub tables were made of oak, which was considered a holy tree that the devil couldn’t touch. So if you see Germans knocking on the table as a greeting, it’s a sign for them to tell their friends that they are not the devil and are real.

In English Theatre, if you want to wish good luck to someone. You have to say ‘Break a leg’ and in German, they say ‘Toi, Toi, Toi’ and spit over the left shoulder of an actor to ward off the evil spirits.

At the end of weddings, the bride and groom are meant to sit down on the marriage bed, while the bridesmaids and attendant young men turn their backs and attempt to fling their post-celebration socks and stockings into the happy couple’s faces. Whoever succeeds will be the next to marry. Really

Toadstools are small, poisonous mushrooms. It’s just their happy appearance of the bright red cap with white polka dots and that they sprout and proliferate in forests and woods. In old German fairy tales, toads sitting on mushrooms are depicted catching flies drawn to the toadstool, hence the name. Besides that, Toadstool is considered magical as ingesting it has an effect on mood change, euphoria, and relaxation.

For centuries, pigs have been symbols of wealth or prosperity. For ancient Greek, Roman, and later cultures, owning pigs meant being privileged and affluent. That is why Germans say – “Schwein gehabt” (meaning “got lucky there!” – though literally: “got pig!”) is a supposedly often used expression in Germany.

The Chimney Sweeps bring good luck for quite pragmatic reasons – as when your chimney stops working, a chimney sweep can help you cook your food again and reduce the risk of setting the house on fire. In the olden days, fees for a sweep’s services were collected at the start of each new year so they were often the first well-wishers and thus “good luck bringers”. So to this day, they consider it good luck to even see a chimney sweep.

14. Watch Out For Ladders

A wall, ladder, and the ground create a triangle which is a holy shape. So if you walk under a ladder, you are damaging the holy area and inviting evil in your life.

Whoever wishes someone a happy birthday before it is actually their big day, brings bad luck to the ‘Geburtstagskind’. The earliest someone can wish you a happy birthday is when the clock strikes midnight on your big day. Also related to this is the German phrase, “Nobody should praise the day before the evening”.