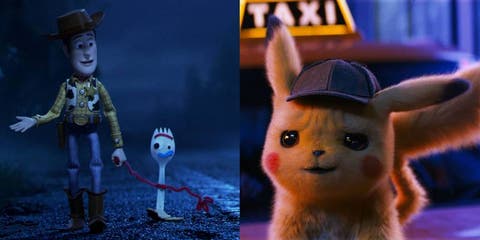 The animation isn’t just for kids to pass the time. Many of us, no matter how much we grow up, still enjoy animated movies. They are truly a painkiller with a package of not-so-serious instances coupled with a humorous delivery of some important life lessons. What else could we want in this busy life with such hectic schedules? Here are some animated psychological movies you might have watched absent-mindedly, without realizing the deep psychological motivations behind them and the messages they seek to tell.

It is one of the most powerful movies by Pixar. It has been approved by psychotherapists for its relevance and the explanation of daily-life emotions in layman terms. Five main emotions seem to control the protagonist, Riley: Joy, Anger, Disgust, Fear, and Sadness. The story revolves around how emotions control you! Once you watch this animated movie, you’ll understand how it’s those little fellas in your soul making the decisions.

Wall-E’s version of the future is a cautionary dystopia wrapped up in a children’s tale, filled with a lot of humor and a very important message to all of us living on this planet. Wall-E is a robot who is left behind on earth to clean the mess made by humans. The movie also warns us about the overuse of technology, which has made humans unnecessarily lazy. If you don’t control technology it may end up controlling you. This animated movie might just be a warning sign towards over-dependence on gadgets.

Coraline is based on a children’s novel by Neil Gaiman. It is a dark fairy tale with a cautionary message about appreciating your parents. There is a parallel universe, where the protagonist meets her other parents who are contradictory to her real parents. They are fun-loving and pamper her with food and whatever she demands. She’s given a choice in exchange for something. Pretty surreal for kids’ psychological animated movies! What do you think? What will she choose?

The Bug’s Life was released in 1998. At first glance, you might miss the strains of colonialism. The ants work hard all year and collect food so that the grasshoppers can enjoy it in the spring season. These grasshoppers stay in all year and do nothing while ants work as forced laborers for years. Flick, an ant, decides to stop this and make a change. The formidable power of group effort is recognized by a grasshopper in saying, ” Yes one ant is weak against us, BUT if they work together they would be more powerful ‘. Do you think Flick managed to put an end to colonialism?

This movie is about breaking gender stereotypes. It is a tale of a mother and daughter’s love-hate relationship. As a teenager, almost everybody goes through this phase with their mothers at some point. Similarly, Merida, a rebellious teenager princess, tends to oppose every other instruction given by her mother. She is the one who wants to control her destiny and is certainly not the kind who waits for a prince charming. The importance of family and acceptance is depicted in this movie. Do you think Merida will be able to fight against all the odds? Is the title ever going to make a difference?

“If you believe in yourself and you can achieve anything.” The sequel to Finding Nemo, this psychological animated movie revolves around Dory’s struggles, with her memory loss and low self-esteem. As her journey proceeds, she tends to find similar creatures who have their own sets of tragedies. She never loses hope of finding her parents despite dealing with obstacles. In her journey, Dory discovers her independence, which is encouraged by all those surrounding her. She makes room for mistakes and challenges and learns from them.

Finding Nemo was a blockbuster psychological animated movie in 2003. It showed a father’s journey to find his son in the huge ocean and beyond. Nemo, being a regular kid, tends to argue with his father’s overprotectiveness and doesn’t listen to him. Trifle disobedience turns to tragedy pretty quickly when he is fish-napped and transferred to an aquarium for decoration. Do you think Nemo will unite with his father?

What makes Remmy so unique? The rat is set on a journey to make delicious food, which is hygienic contrary to what rats eat. He is mocked by his friends and shunned by humans for attempting to live a clean life. His journey from being just a rat to becoming a chef at his own restaurant is portrayed. This movie is all about not giving up and making an effort to prove yourself.

How far will you go for your loved one? Up is an animated movie about love, compassion, and making sure that every day counts, but it is also about getting old, about regret and realizing that life is messy and out of control and sometimes you just can’t help it. And that’s OKAY! A tale wrapped in nostalgia teaches that it takes some time and a few adventures to find the true meaning of life. Sadness is not permanent; it will pass.

This movie reminisces the rustic lifestyle and simplicity of the old days in a small town. It was some of the best days where everybody knew everybody. Not many know that Route 66 and the story about the town is true, just with cars replacing humans and the route being abandoned in favour of the Interstate 40 which saves about 10 minutes of travelling time. “Cars didn’t drive on it to make a great time, they drove on it to have a great time,” remarked Sally in a flashback scene from the times when the town used to busy with providing services to the cars, “the town got bypassed just to save ten minutes of driving.” This movie suggests slowing down to take a detour and visit those old towns, a call to look back in the midst of rapid urbanization.

The theme of this movie is family and learning to cope up with the everyday life crises. In this movie, it is the other way round, where the kid is being portrayed as a pet, who is rather brave and stronger than the dinosaur and the dinosaur has human baby-like instincts, needing to be taught and taken care of at each step. In short, this movie is about overcoming fears and a tale of a beautiful friendship. It’s never too late to learn and overcome fears.

Your true identity matters at the end of the day even if you are superheroes out there saving the world. “Work in silence and the results make the noise.” The movie’s theme is about family and togetherness. Siblings’ love-hate relationship, a couple trying to live a life hiding their identities, and making the most of their married life, and other “mundane” chores stand in the precarious balance against life-threatening dangers and conniving villains. Can the family possibly live a normal life?

This movie suggests an important thing that “The real monsters are even those who are close to you”. Trusting never comes easy. There’s always a fear of being misused or being taken for granted or being lied to all the time. Not to fear when there are a few people still left who do care for you and wouldn’t leave you in an intense situation where you need support, just like Sully and Mike. They found a way to each other because they were so different in nature and understood each other. Are empathy and kindness exclusively human concepts?

This movie tells us about changing yourself for the better to turn your dreams into reality. Po dreams and desires to fight alongside the Furious Five. This dialogue from the movie, “You are too concerned with what was and what will be. There is a saying: Yesterday is history, tomorrow is a mystery, but today is a gift. That is why it is called the present.”, holds a strong message of living in the present. Do your best today. Live life one moment at a time.

Lion King is a movie watched by almost everyone. This movie has it all: friendship, love, hope, power, betrayal, death, jealousy, and a happy ending. This movie also talks about the different stages of grief and how suddenly when you least expect things to happen you are burdened with all kinds of responsibilities. Everything happens for a reason. You find true friendships where you don’t expect and they indeed come in all kinds of shapes and sizes. This journey is surely going to surprise you!