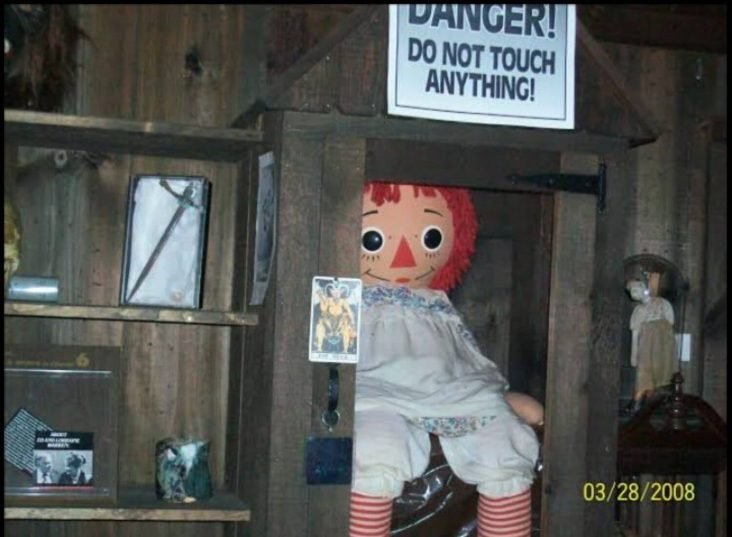 From time immemorial humans believe in dark magic, hexes, spells, and objects that are cursed by their masters to bestow misfortune over their enemies. Some people believe these cursed items while others regard them as utter nonsense. Nonetheless, these objects are indeed present and people claiming to have experienced their terrors are too. Here are the top 15 objects that are said to be cursed.

If we talk about cursed and haunted objects and do not mention probably the most famous haunted object in the world then the list would be incomplete. The discovery of Annabelle the doll goes back to 1970 when a mother bought the doll from an antique store as a gift to her daughter.

However, when the daughter brought Annabelle home she started noticing it moving on its own from one room to another, odd noises came from the room it was kept in, and things fell and crashed all around the house. The daughter then consulted the famous psychic couple, Ed and Lorraine Warren, who confirmed that the doll was possessed by the spirit of a little girl named Annabelle Higgins, who died in a motorcycle crash. The doll is now kept in the Occult Museum in Connecticut.

Robert Otto got a gift on his birthday – a look-alike doll whom he named after himself – Robert. The gift was apparently given to him by one of the servants who hated the family. The people in the house and the neighbors often used to hear little Robert having a conversation with the doll Robert, but no one thought anything of it because well Robert was a kid and kids are weird.

After some years, the family moved out and a new family moved in the house, the daughter of the new family found Robert the doll locked away in the attic and brought it down with herself, telling her parents that he was a friend and even told them the name of the doll. Afterwards, the girl started having troubles – nightmares that included the doll, she started claiming that the doll was trying to kill her. This doll is still on display in the Key west museum and is said to curse the people who stare directly at its eyes.

This chair is popularly known as Busby’s stoop chair and is said to be cursed by the spirit of a ruthless murderer, Thomas Busby. As his last wish before he was hanged for his crimes, he requested to have one last meal in his favourite pub. After finishing his meal, he stood up and said ‘may sudden death come to anyone who dares sit on my chair.’

From that moment, 63 people who did sit in his chair met an untimely and accidental death. The pub owner finally donated the chair to the Thirsk Museum, the UK where it is kept hung at a height of 1.5 metre so no one else can sit on it and meet a cursed death.

Myrtles Plantation in Louisiana, USA, is a house said to be haunted by its inmates who once lived there. The most cursed and haunted object in the whole house, however, is an old mirror. It is said to be possessed and cursed by Sara Woodruff and her two children who were poisoned by their slave Chloe. The mirror is said to give people who look in it nightmares and severe headaches.

5. The ‘Hand Resist Him’ Painting

The ‘Hand Resist Him’ painting made by artist Bill Stoneham is said to be a haunted painting. Throughout the years, all its owners claimed that the boy in the painting moves and sometimes even disappears and the hands drawn in the painting claw at the glass. The artist himself said that this painting depicts the doorway that joins our world to the world of the spirits. I only have one question – who will want such a painting in their house in the first place anyway haunted or not!

Sean Robinson inherited an intriguing painting from his grandmother named ‘The Anguished Man’ painting. He decided to hang the painting on a wall of his house, clearly fascinated by the imagination of the artist. But after that, things only got worse for them.

The family started hearing noises in the middle of the night – they heard screams enough to make the blood curdle in the veins. It was as if the man in the painting was really in agony. Their bedroom doors started creaking open in the middle of the night and pounding on the walls grew common. Sean’s wife decided to investigate the painting and found out that the artist who painted it committed suicide and before dying, he made this painting.

The most disturbing of all, he mixed his own blood in the paint to color it. After knowing the reality, the couple locked the painting in their basement for good.

What is it with spirits and dolls! Letta is an another haunted doll.

According to the locals of a village in Romania, a Romanian man handcrafted a doll for his son Letta, but Letta drowned and died while playing with this doll. Driven with grief, the father gave the doll to one of his worker’s son. But the boy started complaining, that the doll was always trying to talk to him and scare him. He said Letta was inside the doll.

After that, the doll had many owners and all of them claimed that just being around the doll gave them an intense feeling of dread and made them cry for no reason. The doll earned the title of a cursed doll from owner to owner and bringing them misfortune.

In 2001, when Kevin Mannis purchased an antique wine cabinet he did not know that he was also purchasing an evil spirit with it. Kevin soon started having terrible nightmares and splitting headaches. He decided to gift the cabinet to his mother who had a stroke the same day after receiving it. After that, every person who owned the wine cabinet had the same misfortune.

Finally, Jason Haxton, the last owner of the cabinet investigated and found that the cabinet was possessed by an evil Jewish spirit, Dybbuk who has the ability to possess people.

The Baker Mansion of Altoona, USA harbors a cursed wedding dress of Anna Baker. The stories have it that the young Anna Baker fell in love with an ironworker. But the rich Bakers denied her to marry the poor man so the couple eloped. But they were soon found and Anna was brought back home against her will and locked inside a bathroom.

The family tried to forcefully marry her off many times but Anna downright refused. She did not marry all her life driven by the grief of parting from her lover. She died as she lived – lonely. After her death, the people who lived in the house started seeing Anna’s wedding dress in odd places all around the house, sometimes they would see Anna herself wearing it and strolling the corridors of the house late at night.

Another cursed painting people! What fun!

This painting was made by artist Giovani Bragolin and it quickly gained fame. It was mass-produced rapidly and could be found in many homes across Britain. However, the cursed painting caused many and any of these houses to catch fire. Many homes burned due to mysterious fires that apparently had no valid explanation. But the most disturbing detail was – no matter how severe the fire was, the painting always made it through without any significant damage.

People claimed that the crying boy caused the fire and was not hurt by it therefore while some people took it as a sheer coincidence but nonetheless, the painting was regarded as a cursed item from thereon.

Elmo, the famous sesame street character, was launched in a doll version in which it could memorize its owner’s name and utter it lovingly. A boy named James Bowman got this doll as a gift for his mother since he was a huge Elmo fan. But a few days later, the doll started shrilly screaming – Kill James, Kill James nonstop, which made the mother throw away the allegedly cursed doll. But after a couple of days, more and more cases of the same misshaping from the Elmo doll started coming in light. Mysterious, isn’t it?

The story of this cursed vase starts from an Italian maiden who gifted it to her groom as a wedding present. However, she was found murdered the very same night with this vase clutched in her hands.

From then, many families owned the vase, but all experienced bad luck and deaths of loved ones or their own. With time, the story of the vase and its curse solidified, claiming that anyone who touches this vase invites death into its house. Many museums refused to keep it for the same reason. Where is it now? No one knows.

In the ballroom of the Belcourt Castle in Rhode island, there are regal chairs that are said to be cursed. Visitors report feeling chills when they stand near these chairs. Some report feeling nauseated and sick; some even claim that if you try to sit in one of these chairs, invisible energy pushes you off them and opposes you with very much force.

Welcome to our Haunted Mansion, please have a cursed seat!

The Woman From Lemb statue, found in Cyprus in 1878, is a marvelous artifact that exudes beauty and preciousness that only comes with age.

The statue is said to have been owned by four families, each of which died (every single member) within a few years of acquiring it. The last surviving member of the last family gave the statue to The Royal Scottish Museum, but things did not stop here, within a few days of the museum displaying the statue, the curator who handled the statue died under mysterious circumstances. The statue is said to be cursed by some woman; people have come to call ‘the Woman From Lemb statue’.

The Hope Diamond is another cursed object that one should never touch much less wear. The blue diamond of unusually large size is said to bring bad luck, and in some cases, death to the owner and the wearer. The legend has it that the diamond was plucked (or stolen) by a French Merchant from the eye of a Hindu Idol, and ever since, the people who dare touch it open the doors of bad luck for themselves. 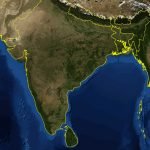 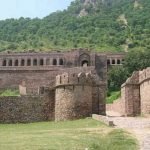