Royal Etiquette is the protocol that royals compulsorily have to follow to maintain the expected standard of behavior. Royal families are those families who have Kings and Queens in their family hierarchy. While most of the world has a democratic government and presidential government, royal families do exist in certain countries.

Royal families are unique in their manners. Right from wearing a pretty sophisticated dress to holding the spoon correctly, royals have to follow numerous royal etiquette rules. When these royal etiquette practices are not followed, it leads to extreme disappointment and displeasure for the entire family. Royal families serve the nation, get engaged in charitable activities, and maintain peace in the nation.

While royals have a rich and a leading lifestyle, it is not easy to follow the strict royal etiquette practices.  Royal women are bound to sit in a certain position to avoid any social embarrassment. Royal women cross their legs towards each other for a perfect posture. The cross of legs can either be right from the knee or at the level of the ankle. The legs have to be slant and not in any other manner.

Once you are a royal, you cannot dress ordinarily. You need to represent your royalty, high standards, and fashion sense right in your outfit. Regals are bound to dress with extreme modesty. Outfits revealing cleavage should be avoided at public gatherings. The dress should be genuinely modern without creating any negative signs in the mainstream media.

Royals do not show numerous emotions at public gatherings. There is a set of royal etiquette practices that have to be followed under any circumstances. The purse of the Queen is just not a simple accessory but a lot more than that. The Queen does not prefer to be rude or straight and that is why the purse is used to give out social signs. When the Queen moves her clutch from the left hand to the right hand, it is a sign to finish your conversation. Similarly, when the Queen places her clutch or her handbag on the table, it is your time to grab your last bite; that is the end of the meal. Sometimes, the Queen also uses her handbag to send secret messages to the state.

It might be astonishing for you to know but royals follow a practice of bow and curtsy. Royal females have to curt, however, the curtsy also has a certain pattern. Curtsies cannot be deeper and longer. The curtsy is done just by putting one leg behind and bowing slightly towards the other person.

Royals have protocols probably everywhere. While holding a teacup is not even a job, royal people have to do it correctly. They cannot erroneously hold the teacup to hamper the royalty standards. Thumb and the index finger; are used to hold the teacup while the middle finger is used to provide support at the bottom of the cup. Females follow this procedure where they sip their tea from the same spot to avoid stains of lipstick all over the cup!

6. Straight No to Shellfish

While royals follow a proper diet, their royal etiquette pops-up extensively in their eating habits. Royal family members are not allowed to consume shellfish. It is believed that shellfish may result in food poisoning leading to bad health of the royal members. So whether you love it or not, you cannot eat shellfish.

One of the most shocking royal etiquette rules for the royals is to avoid PDA. Public Displays of affection should be majorly avoided to maintain the culture. It is an uncomfortable feeling for royals to show signs of PDA. You got to be royal, every time and everywhere!

Monopoly is one of the most interesting and challenging board games for all age groups. As per the royal etiquette, royals are not allowed to play Monopoly. It is an extremely competitive game wherein royals might become competitive with their own family members. It rather turns the royals into competitive players which are extensively not fair for the world.

Trust me, the physical aspects, the fashion sense, and the ways to behave; are all a part of royal etiquette practices. Royals have to follow a handshake protocol wherein the grip has to be stable but not too tight. Also, the shake must be twice and not more than that. Royals are not allowed to touch commoners with more than two shakes to avoid any partial behavior towards common people.

We are all fans of leaders or celebrities who are filled with fame and popularity. Royals are not only famous but also hold an enchanting personality. However, they are forbidden to sign autographs. Their signatures are extremely important and can be forged.

Royal females carry themselves well with numerous royal etiquette standards. Hats are of extreme importance while traveling and attending social functions. The hats have to be placed at a specific angle to make it look modest. Also, royal women are not allowed to wear hats after 6 Pm.

Royals are not ordinary people and it is obvious; they would be flooded with gifts. They have to attend numerous social gatherings along with charitable functions. The royals might find plenty of humans happily offering gifts. They have to accept the gifts even if they might be bizarre in nature.

It is pretty natural that we tend to follow certain dining rules. However, royals rather perform a big task while having any meal. It is a part of royal etiquette where royals have to hold their knives in the right hand and the forks be placed in the left hand. They are bound to eat gracefully without making any noise while chewing or drinking.

People love to call their loved ones by nickmaes or they generally give nicknames to their celebs . At times, some people are simply called by their nicknames. In such a case, royals strictly cannot have nicknames. While Catherine is referred to as Kate, royals are bound to call by her original name and not the nickname when in public.

Read also: Top 15 German Superstitions That Will Amaze You 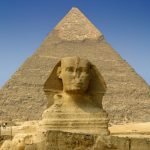 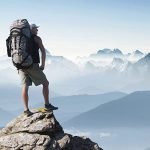