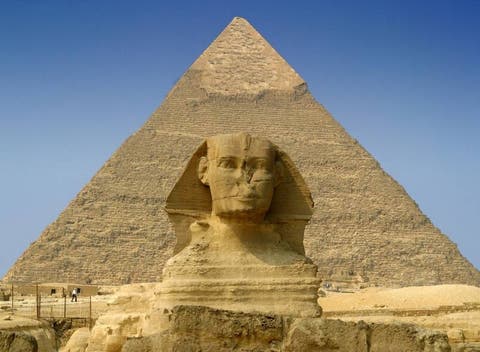 Egypt is currently a developed country with flourishing trade and infrastructure. However, the history of Egypt has been absolutely different from the current scenario. Ancient Egyptians have with them, secretive rituals, beliefs, and highly mysterious creations. Talk about mummies, mummification, statues, ancient remains, or the historical civilization – Egyptians had it all.

Ancient Egyptians are popularly known for the Great Pyramid of Giza. There are numerous underlying beliefs about ancient Egyptians and their rituals. The rituals of the dead along with the love for their resources, ancient Egyptians created a remarkable history for the world to ponder upon for years. They had some of the most unknown rather shocking beliefs and a set of procedures, never unfolded in the real world!

Ancient Egyptians believed in the afterlife – a life after death. They strongly believed that humans have a privilege to enjoy an afterlife, once they are dead. They had several practices that made the way for the dead to reach the path of the afterlife. Numerous practices were followed to gain this opportunity as it was considered to be a life of delight, pleasure, and offerings. Mummification was specifically done so that the Egyptians could live the afterlife. It is known as the underworld where the dead had three different ways – underworld, the rebirth of the soul, or an afterlife. It was believed that the path could only be discovered while traveling through the tomb.

Since the ancient Egyptians believed in life after death, they had some strong insights to prove their belief. They strongly believed that there is life after death but the process to reach that life was not easy. This is why the dead were buried with luxurious items to help them travel to the path. Food, water, rich wine, jewellery, metals, and huge baskets of fruits were buried along with the corpse to help it travel to the designated path of the afterlife. Luxurious items made it easier to reach the stage since the dead had to go through various tests for an afterlife.

The Book of the Dead was one of the major books of knowledge for the ancient Egyptians. The real foundation and origination of this book are not clearly known to the world. Egyptians referred to this book for the accurate procedures to be followed to impress the underworld God – Osiris. It was believed that this book taught them the ways for the burial procedure. This book contains some texts that prove the path of the afterlife, included various tests and tasks.

Unlike any other existing civilizations in the world, Egyptian women had equal rights with reference to culture and social status. Women were allowed to earn and get into legal contracts with the husband. Astonishingly, women had equal right to remarry just like the male in the normal dominated societies. They could even divorce their husband and get back all the wealth and property that had been brought by them during the marriage.

As shocking as it may sound today but ancient Egyptians had no gender discrimination when it came to makeup. Both men and women wore makeup which was considered to be a form of spirituality and healing. They developed perfumes out of natural ingredients like cinnamon which was again applied by both the genders. They applied makeup around their eyes and cheeks, made from ores like malachite and galena which was called Kohl. They believed that makeup served as a protection and gave them healing powers.

In the current scenario, pets are very common to be kept at homes. Ancient Egyptians had a different love for pets. They considered cats to be their sacred animal. Apart from cats, numerous animals were pets to the Egyptians. Hawks, dogs and even lions were some of the pets to ancient Egyptians. Other animals were put on special training to help the daily lives of people.

7. Celebrate With The Dead

It does sound weird but Egyptians had a great connection with the dead members of their family. There used to be an accessible tomb-chapel where families could visit the mummified bodies. They generally left the offering which included food and drinks for the deceased. Mummy was protected from the evil through a hidden burial chamber. Family members spent the entire night with the mummy during festivals.

8. A Female Could Be A King

While most civilizations considered only males to be the King, Egypt had a different story. Egyptian females were allowed to be the King and rule the kingdom. They had equal rights to rule the entire kingdom. Hatshepsut was one of the promising females who ruled Egypt for 20 years. They never believed in the word “Queen” as it meant to be the King’s wife. A female was called to be a King just like an ordinary male.

Kings were not just kings for namesake. They built royal monuments to display their status symbol in the community. Not all pharaohs built monuments but most of them did. They built funerary monuments specially meant for the burial process of royal families. The deceased were mummified and buried in rock-cut tombs in the valleys of these Kings. Numerous pharaohs built pyramids as a symbol of their richness.

Mummification was of extreme importance to the Egyptians. It took nearly 70 days for the process and it was done by the divine priests. Most of the pharaohs, the member of a noble family, and some common members had the privilege of mummification. All the organs of the dead were removed and only the heart was kept inside the body. The corpse was completely dried up and wrapped with bandages of linen. The bandages could be as long as 1.6km that ensured that the body would not decay and reach the path of the afterlife.

Bizarre, as it sounds! Ancient Egyptians were obsessed with life, rebirth, creation, and the idea that created life. Egyptians believed in their power to worship different Gods and Goddesses. They considered every practice to be divine and spiritual. It is a strong belief that Pharaohs masturbated in the Nile River that created floods in the ancient period. They were of the thought that this process fertilized the Nile and led to floods. They happily enjoyed the flooding ceremony of the Nile!

Egyptians knew the mummification process that they used to carry out in ancient times. However, it may be surprising to know that animals were also mummified by the ancient Egyptians. Cats and crocodiles were majorly mummified in the era of mummification. Sacred bulls, baboons, and some birds were mummified due to their religious significance.

Imagine when you have to worship more than 2000 deities for a different reason. That is what ancient Egyptians had to do! They had more than 2000 god and goddess for their daily life struggle. Right from the God of chores to the God of the dead, Egyptians had to worship them all. Worshiping to all these gods and goddesses was prominent to have a balanced life without harms and evils.

14. Pyramids Were Not Built By slaves

15. Not Everyone Could Be Mummified

Ancient Egypt is especially known for the process of mummification. It should be noted that mummification was an extremely time-consuming process that required a huge amount of wealth. The wealthy families could afford mummification. The lower class did not mummify the dead. They simply buried them under the desert area.