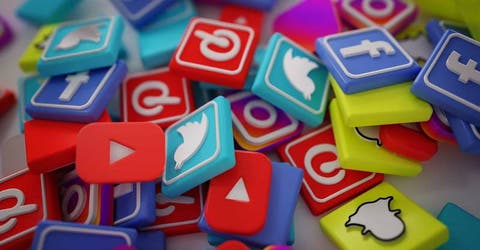 Top 15 Viral Challenges Around the World

We’re living in a generation that comes up with something new every month. In fact, every week there’s something trending on all social media sites and people are going crazy over it. Memes are a perfect example of this situation. Its owner has to be creative almost every day and come up with something new. Similarly, challenges go viral instantly. When a famous person does the challenge it surely doesn’t take more than a day for the video to get viral. Trust me, it is only a matter of couple hours before these viral challenges are taken up by the people! More importantly, it is highly not advisable to follow some of these viral challenges for safety and security purposes.

A small backstory about the guy who made this challenge go viral! Mike Senatore, back as a senior at Ardrey Kell High School in Charlotte, North Carolina was hopping and dancing on the stage as he approached TV tray. He stopped at a distance and flipped a partially filled bottle on the TV tray which landed PERFECTLY. The crowd went crazy and Mike became an internet sensation overnight. He was aware that his fame was only going to last for a couple of days and people would forget about it. Little did he know it would last more than a week, months, years. Today I still find people randomly flipping their bottles. Mike’s fame grew and he also gave a Ted Talk about his experience. He appeared on The Colbert Report and Harry Connick Jr. He did advertisements for Red Bull, LG, and Sheetz convenience store. He even met the co-founder of Coachella. He also received $10,000 from Deer Park Spring Water, as it was the product Mark chose to use in the video that went viral.

The full name of this challenge is the ASL Ice Bucket Challenge. It was basically to promote awareness of the disease Amyotrophic Lateral Sclerosis. It is a disease that causes the death of neurons controlling the voluntary muscles of the body. It was done to encourage people to donate money and to spread awareness of the same. It became viral in the year 2014. People doing these challenges started nominating their friends, family, foes, celebrities, and so on. As a result, many famous people decided to take part in this challenge to spread awareness about ASL and to donate.

The trend was originally started by an American Comedian Shiggy who practically danced in the middle of the road at night wearing a hoodie. His dance moves were so lyrical that it became viral on the internet. It resulted in people trying to create more drama and kick in life by getting out of the car as it moved very slowly and dance along with it. The driver takes a video of the person dancing like Shiggy to this song in the background.

Taekwondo ace Farabi Davletchin is the man who kickstarted this famous challenge. Later, Action star Jason Statham posted a slow-motion video of him taking the challenge. After this, it really spread like a fire. It spread across countries and most fitness freaks had to try this. Many celebrities posted a video of themselves doing this challenge.

This challenge had many names but the context was the same. It all started in 2019. It is harmless and rather self-loving and motivating. It is just feeling good about yourself and realizing how much you have grown. It’s a socially acceptable way to boast about how you used to be and how you’ve changed. It was not only limited to pictures but also memes that went viral, It is hilarious yet motivating in the context of how much one has achieved in the last 10 years.

Apparently, it began when a video emerged of two men in Japan in swim gear doing this prank. One guy was sitting and the other was standing with a condom filled with water holding above the other guy’s head and then he drops it on his head. It was posted on November 16 and more than 9,000 retweets later. It had to go viral and people named it the condom challenge. It was once said that it’s an initiative to promote safe sex.

8. Try Not To Laugh Challenge

This is another challenge that went viral, who knows how and when. It is a challenge where a person is made to watch certain funny videos and is dared not to laugh or react to anything that’s going on in it. It’s a fun game. This challenge gave birth to several other challenges such as try not to cry, try not to sing along, try not to eat, etc.

It is similar to the Ice Bucket Challenge. The new challenge is simple. On being nominated, you have to eat the hottest pepper you can and donate. The milder the pepper, the more money you donate.

The first-ever YouTube whisper challenge was created by Joe Sugg. In this video, he does a form of Chinese whispers with his friends where a single sentence is passed along the group. The last person has to say the original sentence out loud.

This challenge went viral in November 2016. In this challenge, people remain frozen in action like mannequins while a moving camera records them. The song often played in the background is “Black Beatles” by Rae Sremmurd. Many people took part in this challenge and shared their videos online.

Does this dialogue sound familiar? If yes then you’re either a Riverdale fan or you’ve just stumbled upon these viral videos of people transforming themselves. It started in China, where people transformed themselves completely. At the start of the video, they are dressed in their casual clothes but then when the beat hits after the end of the dialogue, they throw a towel around themselves and Boom! They are transformed into new clothes!

This game doesn’t exist on papers and is not easily available except on the dark web. This is not something that we every day come across. This is a life harming game that goes on for 50 days and ends up taking the player’s life in reality. There are no known rules. There are different levels daily up to 50 days in this game which are life-threatening and the last level is to take your own life, i.e., suicide. The initial tasks are as simple as listening to music but as days passes by the levels get harder. If the participant refuses to complete their task, the administrator who controls you and gives you the daily tasks will release, publish, share, or post something extremely personal from their accounts.

In 2012 P&G introduced a new product called Tide Pods which was meant to make laundry easier. Instead, it became viral for consuming it like candy. Initially, there were just rumors of eating these pods until 2015 when The Onion wrote a piece where a child insisted on eating a Tide Pod. Later a meme from Twitter encouraged people to consume it as a joke but it was taken seriously as a challenge and people started posting videos of themselves consuming Tide Pods, which are very poisonous for humans.

#DeleAlliChallenge started when Tottenham Hotspur star Dele Alli scored a goal against Newcastle and celebrated his goal in the weirdest yet unique way possible which caught attention. Soon this went viral and people tried hard to imitate it. Videos and photos of people doing this went viral. It’s a fun yet complicated challenge.