If you ask any person today, if they support feminism or not, the answer mostly expected is “Yes, I do”. However, if you ask the very same person about its definition or meaning, he may not able to explain it. Because feminism like all trending things is blindly followed. But what more important is, knowing it’s meaning and understanding it thoroughly. Then only, one can work upon its subject and goals. So, here is a list of frequently used 15 words, which are related to feminism.

A society, or mentality where leading power is male.

A belief that a specific gender is superior to the others.

To ask for permission to do something.

Dislike of or prejudice against women.

Dislike of or prejudice against men

Exclusive focus on women in any theory or literature.

It is a theory given by Ernest Jones, that phallus or male organ being the central element in the organization of the social world.

The economic gap between men and women.

The workload of people for unpaid domestic work.

A change in the day to day life, i.e., daily schedule, because of constant fear of sexual assault. For example, not going out in the night or not wearing short clothes unwillingly.

A barrier, that keeps a given demographic, from rising beyond a certain level of the hierarchy.

Freedom of having or not having children and looking after him/her after birth. 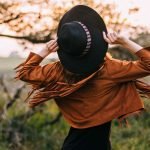 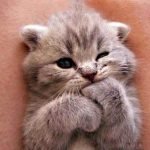