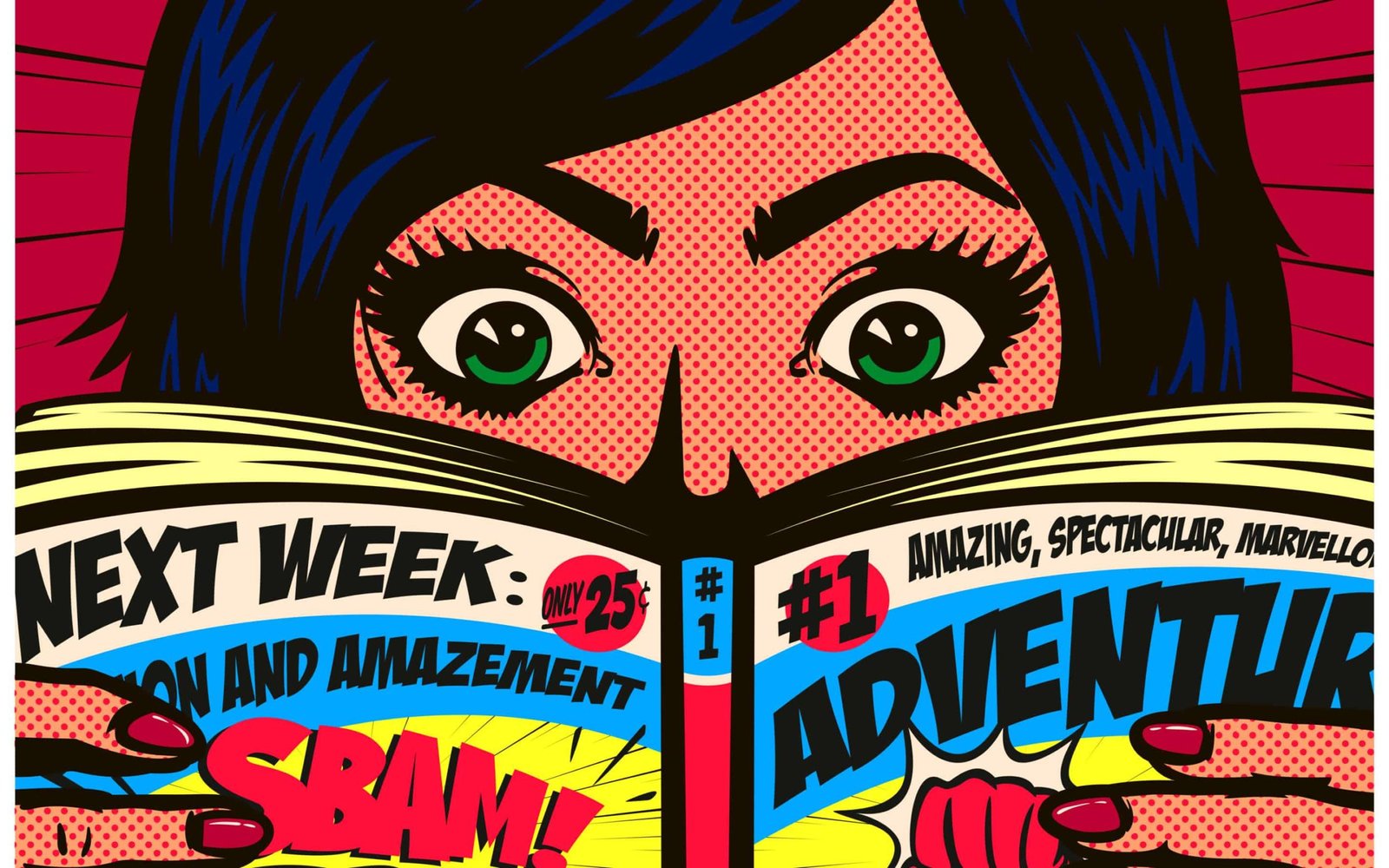 Most people seem to equate graphic novels or comics with superheroes. A huge reason behind this are franchises like Marvel and DC which are extremely popular and have become household names. However, this medium is one of the finest when it comes to storytelling, because of the balance between the art and the written word. A variety of stories, ranging from realistic to extremely fantastical can be told by means of graphic novels. There are a lot of books which have done this successfully.

With fantasy novels such as American Gods and Anansi Boys under his name, there is no doubt that Neil Gaiman is a brilliant author. Combine that with Sam Keith’s wonderful artwork, and you have a masterpiece. The Sandman series, spanning 75 issues, is one of the best graphic novels out there. Revolving around Dream, who is one of the Seven Endless, this book also features his siblings Death, Destiny, Desire, Despair, Delirium and Destruction. If the premise doesn’t sound intriguing enough, the intricate relationships between the characters and the variety of themes in this graphic novel will definitely draw you in. Combining urban fantasy, historical fiction, horror and superhero themes, Sandman has something for everyone.

Iran is a country which has seen a lot of changes, including the Shah’s regime and the Islamic Revolution that followed. Although there is plenty to learn about Iran, most of us have only a cursory knowledge about the country. In this memoir, the author Marjane Satrapi, child of Marxist parents and the great-granddaughter of one of Iran’s last emperors presents a vivid picture of the daily life of Iran. She highlights the struggles faced by people who lived there during the years of the Islamic Revolution, the little acts of rebellion, and the contrived politics that was at play in the country. She mixes all of these with her experiences of growing up, leaving the country and coming back. The witty writing and fascinating  premise makes this book a must-read.

In this graphic novel, the author interviews his father and writes about his parents’ struggles in Europe when Germany was under Hitler’s rule. The book focuses on the years leading up to World War II, the concentration camps and the fear and anxiety that pervaded the life of Jews in that era. It also talks about the impact on the author himself, highlighting his troubled relationship with his father, and the suicide of his mother. Spiegelman uses postmodernism and depicts the Jews as rats, the Poles as pigs and the Germans as cats. This artwork and the author’s deeply personal involvement with the subject matter make this a unique and unusual read.

Vertigo has published a lot of critically acclaimed graphic novels in the past. Daytripper is another one of these. The central character of this story is Brás de Oliva Domingos, the son of a famous writer, who wants to be an author himself some day. However, in the meantime, he writes obituaries for people. Revolving around themes of life, death, friendship and relationships, this book asks a lot of important questions. When does life really begin, and when does it end? What does it mean to be alive? Each chapter from this book has a unique ending, and each of these reveals more details about the main character. Profound and philosophical, this graphic novel will make you think about your own existence. It is like the author says, “Only when you accept that one day you’ll die can you let go, and make the best out of life.”

In a world full of celebrity culture, where people often look up to others and follow them blindly, superheroes have their own special place. The success of major superhero franchises and their immense popularity goes on to prove this point. However, in this graphic novel, Moore shows how these people have their own failings, which are quite similar to humans. This story takes place in an alternate world where superheroes are commonplace, and shows how historical events are altered because of their presence. With well-written dialogues and a very immersive storyline, it questions authority and how power influences people.

Set in suburban seattle in the 1970s, this graphic novel tells the story of a group of teenagers. It is about a sexually transmitted disease, which brings about visible mutations in the people who acquire it. Once someone has this disease, there is no recovery. It explores the mindset of adolescents and how they deal with it. It is essentially a coming-of-age story which deals with the themes of alienation, anxiety, teenage angst and the different outlets it finds. The fragile nature of friendships and relationships, and the cruelty of teenagers is masterfully portrayed. With illustrations that are beautiful and grotesque at the same time, this graphic novel leaves a lasting impression on the mind.

Growing up in an Evangelical Christian family, faith and religion played a major part in the author’s early life. This is the story of his childhood and adolescence. It deals with sibling rivalry and the bond that develops between family, his reluctance to accept the faith he had grown up seeing all around him, his hesitation and coming to terms with his love for art and the juxtaposition it presented with his family. However, the highlight of this book is the extremely relatable romance that develops between Thompson and a girl he meets at a Christian camp. The story is sweet yet heartbreaking at the same time and the art complements it beautifully.

Another book by the veteran writer Alan Moore, this one is different from his usual superhero graphic novels. However, it just goes on to show how incredibly talented Moore is. This graphic novel is set in London in the 1800s and is Moore’s take on the Jack the Ripper murders. Although the author took some liberty in the details of the events that happened, this story is backed by a lot of meticulous research. Although it is impossible to discern the identity of Jack the Ripper now, however, this graphic novel attempts to present a credible theory about what might have happened. With disturbing dialogue and illustrations, it explores the mind of an insane killer.

Life is not always as interesting as it is made out to be. For thirty-six year old Jimmy Corrigan, this is certainly true. Jimmy is a socially awkward and pessimistic man, who leads a dull life with his overbearing mother and has a job he doesn’t care for. After a phone call, he decides to meet his father who abandoned him as a child, for the first time in his life. Simple yet poignant, this graphic novel uses minimalist illustrations to present a story which will make you think about life. It makes a person realize that often things don’t turn out as expected.

Asterios Polyp, the central character of this story, is a middle-aged architect and professor. After his apartment in New York burns down, he moves to a small town in America and takes up work as an auto mechanic. With a unique narrative, this graphic novel depicts Asterios’ search for love and meaning in life. Interspersed with moments from his childhood and youth, it showcases the relationships between various characters, the experiences in his life that have impacted him so far, and the realizations he comes to at this age. Filled with witty insights and philosophical questions, this graphic novel has a very engaging plot.

Based on the novella by Paul Auster, this is adapted to the graphic novel form by Paul Karasik and David Mazzucchelli. This story revolves around a novelist Quinn who is mistaken for a detective named Paul Auster. He investigates a case that looks to have no end, and in this process, loses his sanity. The less is said about the plot, the better. With intriguing twists and a satisfying conclusion, this graphic novel is a delight for fans of the genre. It combines surrealism with mystery and will remind you of Raymond Chandler and Kafka at the same time, which is quite a feat.

In this graphic novel, the author Alison Bechdel depicts the tense relationship she had with her late father. An English teacher and the director of a funeral home, Alison’s father was always a distant figure in her life. When she realized that she is attracted to women and came out in college, she discovered that her father is gay. Deeply moving, this memoir is humorous at times and grim at others. The story is well-written and the illustrations extremely realistic. It took the author seven years to complete this graphic novel, and the effort she put in can clearly be seen.

The Armed Garden and Other Stories

Author of the highly acclaimed Epileptic, David B has already shown what a wonderful storyteller he is. In this collection of stories that are a mix of mythology and history, his artwork and storytelling come together in an amazing way. These stories are an eclectic mix, showcasing men and their interactions with gods, grand battles and epic conquests. These are all obscure legends set in Europe and the Middle East. The striking art and the combination of humor with serious elements make this graphic novel a fascinating read.

Joe Sacco is a revered name in comics journalism. Combining art with writing in a way that portrays sensitive and politically charged themes accurately can be very difficult. However, this graphic novel manages to do this in a brilliant way. Based on a lot of research and first-hand accounts and interviews of Jews and Palestinians, this book is very insightful. The author also visited the West Bank and Gaza Strip to see things for himself. Sacco paints a picture of the refugee camps, the things that occurred during the Gulf War and the impact of colonialism in this area.

This is the story of two teenage best friends who talk about their friendships, the future, the meaning of life and guys. The main characters are snarky and cynical. They consider themselves superior to their contemporaries and at the same time have a lot of insecurities and negative emotions about themselves. To the readers, most of the characters come across as pseudo-intellectual and unlikable. This graphic novel succeeds in portraying the feelings a person has during adolescence, the relationships with other people and the angst that comes with being young. With realistic dialogue and art, this book will take you on a nostalgic trip and make you realize how petty teenagers can be. 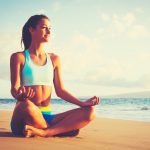 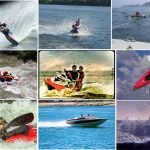