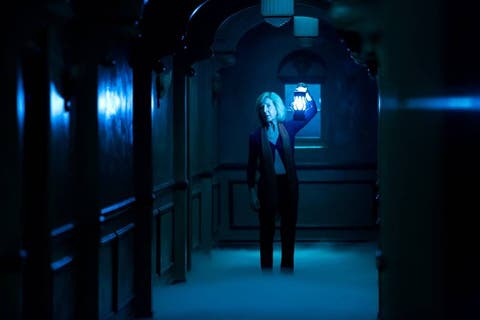 Top 15 Horror Movies With No Ghosts

The horror movie genre usually has a lot of supernatural elements and jump scares that can make anyone be at the edge and sleep with a nightlight on for weeks. But there are the whole plethora of horror movies which are not supernatural but will scare you.

Gory and scary. The chase scene will scare anyone to death.

Intense, spellbinding and doesn’t have much dialogue.

Robbing a weak, old veteran would be easy, right? Well, think again. The old man is not that helpless.

A band gets trapped in a venue which is a crime scene. To eliminate the signs of it, they become the target as well.

Watch a family struggle to survive as they hush themselves so that they are not killed by creatures who are blind but incredibly noise-sensitive to make up for it.

6. A Cure For Wellness

An executive sent to retrieve the CEO of a company from a wellness centre. Sounds straightforward. But there she encounters people doing strange activities.

After a car accident, a woman wakes up in a bunker with a man who claims it is safe there and the world is inhabitable. How would she escape?

Based on Stephen King’s novel, this movie is based on Room No. 1408 in Dolphin Hotel and the paranormal mystery connected to it.

9. When A Stranger Calls

A babysitter gets worried when she gets continuous ominous calls. The horror falls upon her when she gets to know where the calls are coming from.

Have you ever given a ride to a hitchhiker? What if he turns out to be a killer? How will you save yourself?

All you have to do is to follow the rules. Even if they tell you to make the choice between killing others or be killed yourself. Gory and thrilling.

Some people set out to find a film that got lost years ago. Instead, they find the psychotic killer from the film to be real.

One of the first slasher movies. Some sorority girls are stuck at their college campus due to a snowstorm. What happens when they find a killer is on the campus?

Alright, we are never told what “It” is, so I won’t put it as supernatural. This “It” follows you. Slowly and constantly. It is passed by having sex and when one is killed, it will again follow and kill the one the victim got “It” from and so on.

A group boards a ship from their boat after a storm. But they are in for a surprise, as there lies a danger on the ship. A killer.