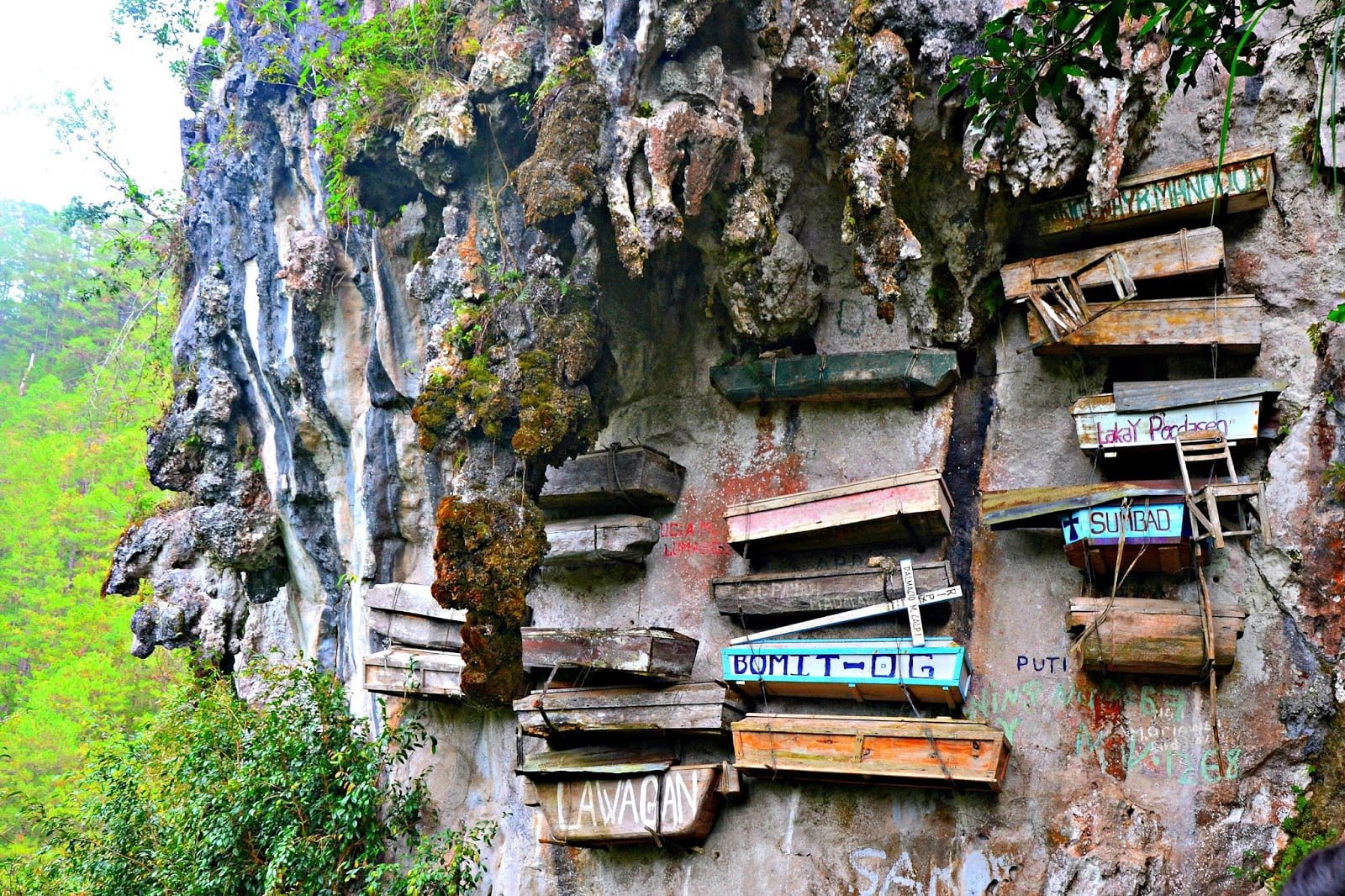 In a world driven by logistics; that is constantly striving to attain scientific and technological advancements, isn’t it hilarious when one pops up the questions about the existence of the ‘dead’ or of an ‘afterlife’?

Many humans, curious to find out the verity of the existence of the ‘dead’, wandered places afar and unknown. Some of these have been mentioned for you-

Ever had the nightmare of being surrounded by the dead? If so, this catacomb would be your dream-nightmare-come true.Here, some 8,000 mummies line the walls and their bodies are in states of utter decomposition with some morbidly set up in poses. The catacombs are open to tourists and many have claimed to hear whistling, whispering, and even returned to a room to find skeletons moved into different positions.

Her silver locks fall untidily over her shoulder, shimmering in the night sky as she lurks in the darkness searching for the resting place of her little ones only to fail at doing so. Such are the legends to this cemetery in England! Do you venture to visit it? Maybe you can help the woman find her lost kids!

According to legend, Don Julian Santana Barrera discovered the body of a drowned girl in the river where this small island was situated. Shortly afterwards he found a doll in the same river and hung it in a tree in the memory of the girl. He soon started to discover more dolls and hanging them as well in order to placate the spirit of the deceased. He eventually started to believe that all these dolls were possessed as well. Don Julian himself then drowned in the same river.

The Paris Catacombs is in fact one of the spookiest destinations in the world, with hundreds of miles of caves and tunnels that served as a burial ground for Parisians in the 1700s. Official tours happen regularly, where the tourists have claimed to hear laughing, whispering and screeching.

This gorgeous ocean liner spent 30 years in sea before permanently docking itself at Long Beach. During her term, she logged more than 50 deaths, which makes her a truly haunted ship. Many ghost hunters have experienced paranormal sightings during their investigations.

Two hundred miles from India’s capital, New Delhi, sits one of the most iconic and eerie forts. It is a popular tourist attraction during daytime, but entry after dusk is forbidden. Legend has it that after being rejected by a local princess, the sorcerer cursed the entire area.

Wondering how Stephen King got the inspiration to pen down ‘The Shining’? Well, according to King, during his stay in room 217- the most haunted room- of the Stanley Hotel he had one of his worst nightmares, paving way to the birth of ‘The Shining’. Apart, from this visitors have often sighted the apparition of a maid packing their clothes when they weren’t looking her way.

This wooded area is thought to be the extremely ghostly. Visitors often account severe feelings of apprehension and the feeling of being watched while roaming through the forest, and some of the most regular sightings include ghosts, unexplained phantoms, faces materializing in photographs that were otherwise not noticeable to the naked eye, and even some UFOs.

9. The Hill of Crosses, Lithuania

Less of creepy and more of a pilgrimage site, this hill is covered with countless number of holy crosses. People from all round the globe make a trip to this holy hill and leave a holy cross to fulfill their desires. However, when it comes to spending one night at this hill, only a few can have the guts!

Typically thick woods sound thrilling to us all. But…don’t be misguided by the luscious outlook of the Aokigahara Forest in Japan, where you can observe signboards that say- ‘life is precious’, ‘consult the police before you choose to die’ at the entry. It is not only a suicidal spot but also the most haunted forest in the country where numerous spooky activities have been reported so far!

Adjacent to the NH 66 in India lies a shortcut that one shouldn’t dare to tread. It is said that people have often noticed sightings of paranormal activities and of apparitions that trick the travelers by taking up humanly form. Truly, spooky it is!

One might be able to sight a number of coffins hanging from the cliff in order to bring the dead closer to god, but it’s not all what it seems. Numerous ghost sightings along with screaming, whistling and whispering have been noticed by the visitors making it extremely…eerie.

About 30 kilometers from Darjeeling is situated the most spooky hill station of India, Dow Hill of Kurseong, where there is no shortage of paranormal activities and narratives. A small hill station well-known for its beautiful panorama, orchid gardens, wooded hills, and tea plantations, Kurseong is also a dwelling of a death road, headless ghost, haunted school, and innumerable real ghost stories.

The palace is considered to be home to no less than a 100 ghouls including the Earl of Bothwell, the husband of Mary Queen of Scotts who passed away as a captive in the castle. You may also spot the White Lady roaming about the halls, whose skeleton was discovered covered in a wall by the builders in 1930.

The most active ghost is that of the is La Dame Verte, (Green Lady), who was apparently the illegitimate infant of King Charles VII and was later stabbed to her death by her husband in the château in the 15th Century after he caught her having an extramarital affair.  She is often spotted in the tower room of the chapel. She can be heard moaning around the fortress.

So, are you daredevil enough to tread these other-worldly places? No? I thought so. *grins*