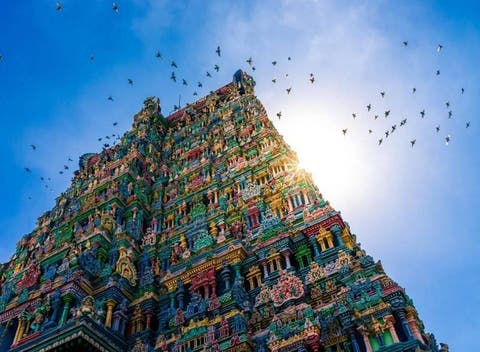 People think of Dosa and Idli whenever the term “South India” comes into their mind. But South India is composed of many attractive holiday destinations. From lakes to mountains, forests to monuments, you can find all sorts of places. The area covered in the bottommost curve of India is what South India represents. It has a total of  5 states and 3 union territories. If you want to take a complete tour of this amazing part of India, then here is a list of top 15 places to visit in South India.

Bangalore or Bengaluru is primarily known for its numerous budding start-ups. The city is also said to be the second-highest growing city of the country. But, did you know that it has got some amazing vacation spots too? Bangalore has lots of beautiful parks and monuments. Some of its famous attractions are Bannerghatta National Park, Cubba Park, ISCKON Temple, Tipu Sultan palace, etc.

Kanyakumari is basically called as the southern-most end of India. It is filled with enjoyable and happening beaches. People love to spend their vacation in Kanyakumari due to its adorable scenic beauty. Another feature that makes it different from other cities is its connection with Swami Vivekananda. It is believed that he came to this region for doing meditation.

3. Chikmagalur – The Coffee Capital Of India

Did you know how coffee came to India? If no, then just take a trip to Chikmagalur and you will get to know the amazing history of Indian coffee. Due to this reason, this place even has its own coffee museum. Apart from being the coffee capital, Chikmagalur is also popular for its amazing greenery, mountains, and waterfalls. Take a road trip to this place if you want to experience nature from depth.

4. Hyderabad – The City Of Nizams

Each one of us remembers writing the marvelous Char Minar as an icon of Hyderabad. But have you ever visited that place for real? The vibe of this city is highly enjoyable because of its lip-smacking cuisine. Another forte of this city is its precious pearls which are available at comparably low rates.

Hampi has been declared as the UNESCO world heritage site for its beautifully preserved sculptures and monuments. If you miss the funny and mindful tales of great Tenali Raman, then Hampi is a must-go place for you. Because it actually showcases the richest and humble dynasty of India i.e. Vijayanagar.

Mysore is a royal city situated in the state of Karnataka. One can easily reach this city on their trip to Bangalore. The amazing markets of Mysore have a mixed range of products. From fabrics to ornaments, you can get everything made with esteemed perfection. Other favorite spots of Mysore are Mysore Palace, Brindavan Garden, Chamundi Hill temple, etc.

7. Tirupati – The Holy Land Of Pilgrimages

Tirupati is a beautiful holy city situated in the Andhra Pradesh. This city is famous for its ancient and adorably constructed temples. It also has many hills to make you dive deeper into the lap of mother nature. Most of the people prefer visiting this city in the winter season due to its comfortable environment.

For newly-wed couples, Ooty is the most chosen destination for planning honeymoon trips. It is the most popular hill station in Tamil Nadu and has amazing tall and cloud-touching hills. The clean and fresh air of this city fills your body with positive energy. There is no doubt in calling Ooty as the show stealer of Tamil Nadu’s tourism plan.

Are you looking for some light breeze under stunning sunlight over a warm beach? And you will wonder to know that Kochi has it all. It is also the most prosperous city in Kerala. Kochi’s large harbors are the primary reason behind its popularity amongst tourists. You can easily reach there without any hassle. Because the city is surrounded by other popular locations such as Coimbatore, Mangalore, and Bangalore, etc.

Many people are unaware of the hilly beauty of South India. Kodaikanal is one such nature’s hub of India situated in Tamil Nadu. You also get to do some breathtaking trekking with eye-relaxing sight-seeing. This place is also found to be cost-friendly as compared to other tourist destinations.

Kollam is said to be India’s largest producer and exporter of processed cashews. It had established this strong foundation in the early ages due to its vibrant resources. However, the city attracts tourists and visitors due to its amazing coastline. Kollam has the most beautiful Ashtamudi Lake that is enough to relax your mind and body.

12. Rameshwaram – An Epic Part Of Ramayana

For all the fans of the great epic Ramayana, Rameshwaram is an essential place to visit. It is the place where Lord Ram and his army built an oversea bridge to reach Sri Lanka. In the honor of these mythological events, the city also has Ramanthaswamy Temple. Do not forget to visit the famous five faced Hanuman temple. Because this temple actually contains the stones that were used to build the bridge.

There are many historic art forms in the world that leave us astonished with their design. One such phenomenal creation of nature is Belum caves. These caves are situated in Andhra Pradesh and at a distance of 30 KM from Tadipatri. Belum caves are also known as the second most mysterious and largest caves of India. So, make sure to have its look at least once in a lifetime.

Warangal is a city situated in the Telangana state of India. This city is famous for preserving its ancient culture and monuments proficiently. From wildlife sanctuaries to lakes, Warangal has it all. To honor mother nature, this city itself has a special temple called Swayambhu Devi Temple.

15. Andaman And Nicobar Island – The Winner Of Beach Collection

In India, people prefer visiting the lovely Andaman and Nicobar Island for taking a tour of the old era. The sun-kissed beaches with other attractive locations make it a tourist spot. India’s famous Kala Pani jail is also located here only.

Read Also: Top 15 Reasons Why You Should Visit India