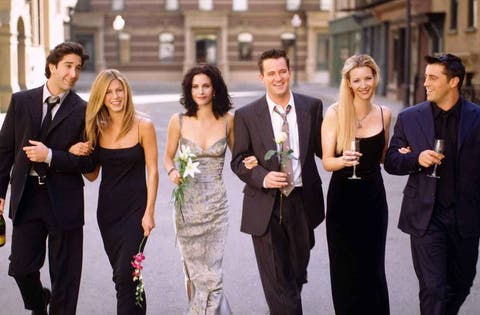 F.R.I.E.N.D.S. is an American popular sitcom television series, created by David Crane and Marta Kauffman that spans across 10 seasons. It continues to air on Comedy Central and recently it completed 25 years. There are F.R.I.E.N.D.S. themed cafes around the world with merchandise available on online shopping sites. This show was popular among most generations not just because it was hilarious but also most of the viewers could relate to their lives. It is a story of 6 friends in their mid 20’s struggling to live in New York City, sipping cups of coffee in the central perk.

When reality hits us, we realize its time to grow up and face the real world. We’ve all been there when suddenly it’s all happening so fast, you’ll have to cut down your expenses and start worrying about grocery bills. This is the very moment you realize that you wish you listened to your parents more often. It’s that time where you have to live on your own. This moment might hit you when it’s barely a week and you’re left with half your salary to spend the rest of the month after paying bills.

There’s this theory that lobsters mate for life with their significant other. They have the same partner until death parts them. Too cliche, right? You never know when you find that one person that might be your Lobster or have you already met that person?

3. “I shouldn’t be allowed to make decisions anymore.”

The one where all your decisions are going sideways and you are so close to hate yourself for making such irrational decisions. But hey, you made and implemented them because you felt that it was right at that very moment. Cut yourself some slack.

The one where your life is full of misery but there are those chaps who know how to add humor in your pain, trying to be sarcastic or straight up about it. Who knows? If you actually think about it, isn’t it technically what friends do to cheer you up? By adding humor in your misery?

The one where you console yourself. Everyone’s had their heart broken at least once in their life. It’s part of everyone’s journey. Moving on is also a phase one should go through and understand. Telling yourself that those were just feelings that will fade eventually is giving some hope that things will get back on track once they start fading. They don’t fade magically; you need to make a move. Life ain’t that short for just one heartbreak.

The one where you see that perfect stranger. However, you know you’ll never see that person again. Happens often. We are told not to judge a book by its cover but this feeling is just so random that it can actually happen anywhere: in a subway; train; bus; standing in an atm line waiting for your turn; you just look around and oops.

The one where it just doesn’t matter. Sometimes, we humans tend to overthink stuff which is not that important. We waste so much of our valuable time on that one particular thing that we don’t realize the time we’ve wasted on something. It might turn out to be so petty when we look back at it in the future. The Moo Point is a Cow’s opinion; it doesn’t matter. Its moo!

The one where men really can’t understand the pain. No further explanation needed.

The one where you realize you don’t have a future plan. Every student can understand this statement. Don’t worry, it’s not the end of the world. In general, many people have this thought every once in a while. Planing is important but not when you decide on something and make impulsive decisions, that’s not planing right. Think. Breathe. Calm down!

The one where you don’t want to let go. Once you did, then there’s no coming back. You might either regret it your whole life and live with it or you can do it and get proper satisfaction!

The one where all of your plans have failed. You’re in that miserable position where you see a dead end. At this point, you might feel like you’re stuck with no way out. There’s always a way though. Just look in the right direction.

13. “Boyfriends and Girlfriends will come and go but this, this is for life.”

In the show, it referred toPheobe’s and Joey’s friendship. The most valuable of all bonds is that of two friends. Some might disagree but good friendships truly are worth cherishing more than anything else.

14. “I’m hopeless and awkward and desperate for love.”

The one where you’re clearly desperate. It’s been soo long you’ve been single that you just can’t take it anymore. Not having a date anymore but you also are socially awkward, many people will relate to this.

15. “When I first meet someone its usually panic, anxiety, and a great deal of sweating.”

The one where socializing ain’t your thing. Their impression is just going to be like a silent person. In reality, the number of emotions going within you cannot be explained unless the other person shares the same emotion.