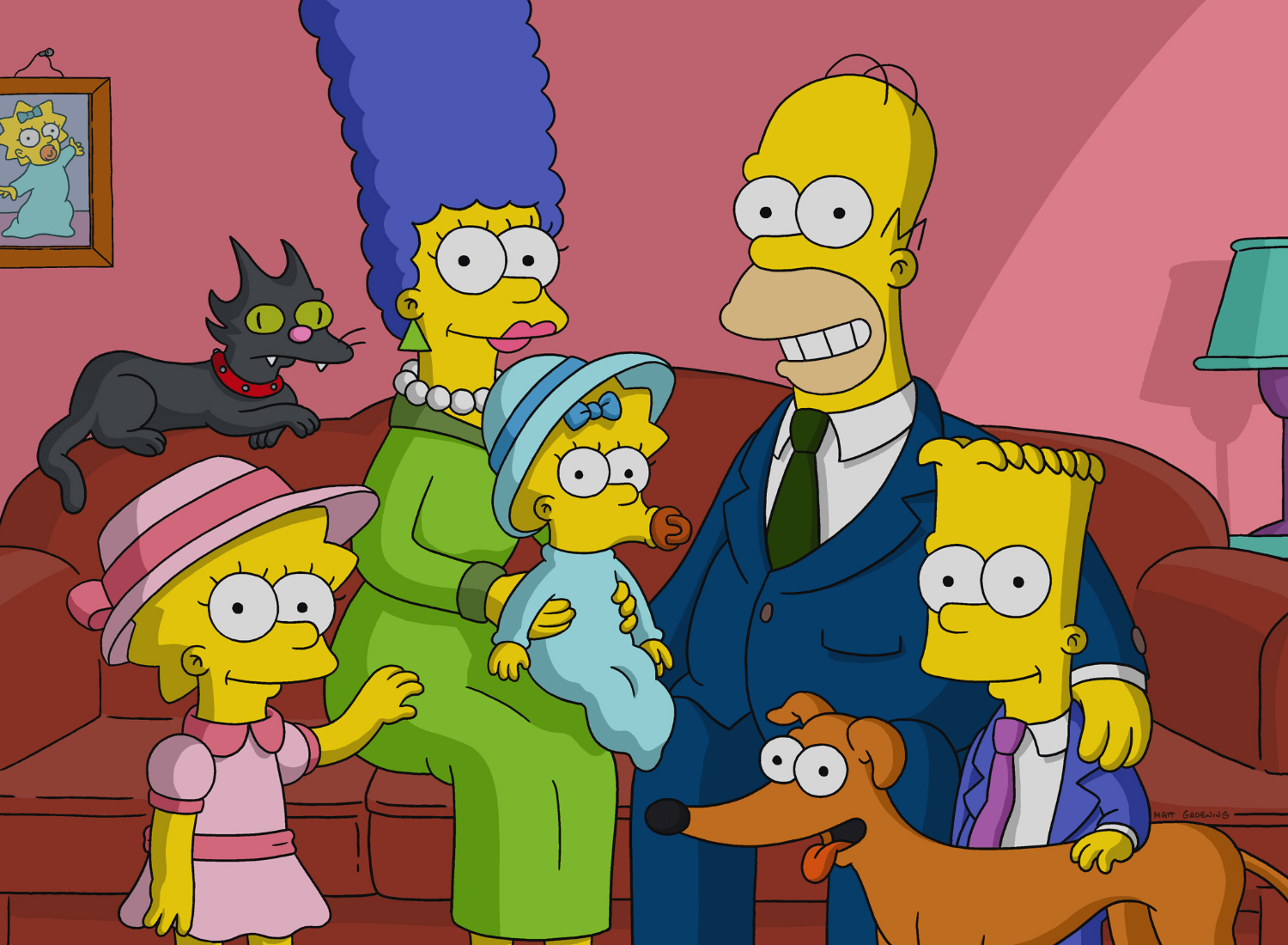 The Yellow Family is famous for the longest-running sitcom with 30+ seasons and with 671 episodes and counting. But it is also famous for another reason that the Simpsons predicted the future! They have been doing since the very beginning of the show i.e. 1989. Some of them were supposed to be a joke or parodies, according to the writers. The Simpsons managed to make some incredible predictions about our modern world and stay in the limelight. Pretty sure the writers and the creators are equally shocked by how accurate they are/were.

Season:11 Episode:17 Bart To The Future

The Simpsons predicted that Donald Trump would be the President 16 years later! It was shocking for the people when the election results came out. When the episode’s writer, Dan Greaney, was approached, he said, ” The fictional Trump Presidency was a warning to America,” way back then. Coming back to the future and understanding the current situation about Trump’s Impeachment, this warning clearly wasn’t enough.

The advanced technology was in the favor of The Simpsons in 1995 as they had access to videophones or as we now call it, face time. In reality, this technology was introduced to us humans in the year 2010. The Simpsons world is indeed full of unexpected things. In the episode of “Lisa’s Wedding”, Lisa’s chatting with her mother on a videophone if that’s what it was called back then.

This episode aired in the year 1998. A great discovery was made in this episode unknowingly. It was later scientifically proven in 2012. Simon Singh, the author of ‘The Simpsons and Their Mathematical Secrets’, claims Homer Simpson predicted the mass of the Higgs Boson particle accurately. He replied, “If you work it out, you get the mass of a Higgs boson that’s only a bit larger than the nano-mass of a Higgs boson actually is.” A lot of science-related research was done, won’t go in-depth but it is anyway similar to this equation which shows the mass of the God particle.

It was a Halloween special episode that aired in the year 2008. Homer Simpson tries to vote for Barack Obama at the electronic voting booth, but the machine malfunctions and automatically it votes for his opponent John McCain instead of Barack Obama. In 2012 during the election in Pennsylvania, a related incident took place. A voting machine was taken out of service when it malfunctioned in a similar way, votes that were intended for Obama but were casting a vote in favor of his real-life rival Mitt Romney.

The Simpsons hinted of the Ebola virus back in 1997 when Marge was trying to convince her sick and depressed son Bart to get out of bed. She offers to read him a book titled ‘Curious George and the Ebola Virus’.

Eleven people were treated for Ebola in the United States of America during the 2014-2016 outbreak. CDC (Centers for Disease Control) confirmed the first travel-associated case of EVD (Ebola Virus Disease) was diagnosed in the United States in a man who travelled from West Africa to Dallas, Texas. He was admitted into isolation but soon died due to the disease.

In the episode of “Game of Thrones,” titled “The Bells,” Season 8 Episode, Daenerys Targaryen is given the chance to show mercy on the people of King’s Landing. Instead, she commanded her dragon to burn the city and its people – the reason she was title The Mad Queen later. The Simpsons predicted this twist in the Game of Thrones show. The episode is about how Lisa is forced to use illegal magic when Marge’s mother is turned into an Ice Walker (it sure seems that they have taken references from the series of GOT). However, towards the end, Homer, Marge, Lisa, and Bart look on from a distant hill as a red dragon is burning a town down with its breath— much as Drogon did in the Game of Thrones episode.

Lisa gets lost after she tries to take the bus to the museum but instead takes a wrong bus which leads her to Area 51-A. The guard tells her that this is a secure location and no one is permitted to know about the location of this location. Sounds more like a tongue twister but that is what he said.

Sounds familiar? Area 51 is a highly classified the United States Air Force facility which was in trending news due to various rumours. The whole reason Area 51 was in news or was a trending topic on social media was due to some false rumours and citizens weren’t allowed in the area. It leads to a major curiosity – human nature when someone says “off-limits”!

In 2016, Bengt Holmstrom of MIT and Oliver Hart of Harvard won the Nobel Prize in Economics jointly. The Simpsons had already predicted this in 2010, not accurately but he was a part of the list, which counts.

To clear things out, here is the back story: Lisa Simpson, Martin Prince, and Database, Millhouse were on a betting pool, deciding who will win the Nobel Prize. It turned out to be Krusty who won which was actually a trick so that Krusty could be arrested. However, in the list shown by Martin, Millhouse Van Houten had listed Bengt Holmstrom under the Economics section. Six years later Bengt Holstrom actually won a Nobel Prize! Can we call it a coincidence yet again?

The Simpsons predicted that The Fox company was being owned by Disney in 1998. In this episode, Homer gets a new job in Hollywood as a personal assistant and pitches his script at 20th Century Fox. When the building entrance is shown, we see a 20th Century Fox, “a division of Walt Disney Co.” Sounds similar?

According to sources, The Walt Disney Company said in 2017 that it had reached a deal to buy most of 21st Century Fox. The Fox Studios created The Simpsons and are ought to pull their leg, who knew they actually predicted a future.

Season:25 Episode:16 You Don’t Have to Live Like a Referee

This particular episode has two predictions which happened, in reality, a year later this episode was aired.

Firstly, something not to be proud of and the writers did add these moments in the script subtly without naming anyone. In 2015, a series of high-ranking FIFA officials were arrested by the FBI on charges of corruption and something similar was shown in The Simpsons episode which aired in 2014. In this episode, the executive vice president of the “World Football Federation” wanted Homer to be a referee in the upcoming World Cup. In the later part of the episode, we see that he’s (executive VP) arrested by American authorities for corruption and is handcuffed.

Secondly, we see that The Simpsons also predicted that Germany would be the winner that year which actually happened in 2015 while all this was going on.

The Simpsons predicted Greece’s financial crises three years prior to the actual incident that took place in 2015, while the episode was aired in 2012. In this episode, Homer Simpson was called as a guest commentator. As the scene was going, we observe on the bottom headline that says, “Europe puts Greece on eBay”.

Greece was the first developed country to default in an International Monetary Fund [IMF] repayment. Only if the government knew how The Simpsons saw it coming!

12. The U.S.A’s Curling Team Wins In The Olympics

In 2010 Homer and Marge formed a curling team and managed to win the finals even after suffering from an injury in the Olympics. Guess what happens 8 years later? The U.S’s Curling team wins the Olympic final for the first time ever in 2018.

The Simpsons managed to predict another scandal. This time it’s the NSA [National Security Agency]. Marge, Lisa, and Bart were fugitives and they were trying to lay low as they attempted to rescue Springfield from being destructed. However, as they chat on the train about their plan, Lisa warns her family to be careful about what they say but Marge assures Lisa that no one from the government is listening. They were unaware that the NSA was listening to their conversation to know their whereabouts and already planned to arrest them on the site.

Not exactly similar but six years later Edward Snowden released classified NSA documents revealing that the NSA was involved in surveillance tactics and programs. They confessed to recording calls and keeping track of emails.

Siegfried & Roy, The German-American duo’s career was brought to a sudden end in 2003 when Roy Horn was attacked by one of his white tigers while on stage during a show in Las Vegas. In 1993, in an episode of The Simpsons, we see a similar incident where a duo named Gunter and Ernst perform at Mr. Burns’ casino. The performance is cut short when the pair’s white tiger attacks them.

In reality, a 400-pound white tiger Montecore bit Roy and dragged him offstage. The only explanation given was that the tiger tried to protect Roy as he suffered from a stroke.

Season:9 Episode:1 The City of New York vs. Homer Simpson

It is the most bizarre prediction so far and had been in the controversy after the attacks. In an episode aired in 1997, The Simpsons gave a hint about 9/11. The bus advertisement is shown in the episode, i.e. a ticket to New York is $9 and the twin towers picture resembles the number 11. This prediction is surely a conspiracy. 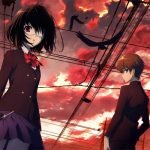 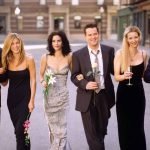