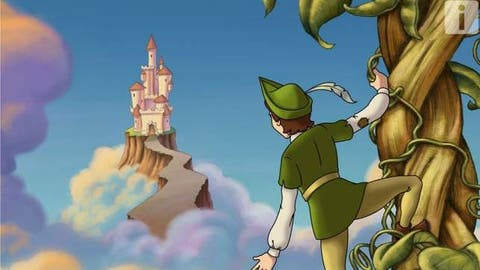 Top 15 Stories We Have All Heard During our Childhood

Childhood is an important and the most memorable part of our lives. And one of the fondest memories of childhood is the stories we hear. Sometimes grandparents, sometimes parents, teachers or books, some stories reach most of us no matter what. These stories are not only one of the great sources of entertainment, but also teach us many of the life values and morals. Stories are a great way to keep children engrossed, entertained and are also utilitarian. This is a list of the Top 15 stories that we’ve all heard in our childhood:

Panchatantra was probably one of the most famous books we all have read during our childhoods. One famous tale is that of a jackal, who turns blue when he falls into a bucket of dye in a villager’s hut. The animals, unable to identify him, get terrified and follow all his orders and bear all his tortures. One fine day, the jackal, unable to control his innate instincts, starts howling, and the animals recognize him. He is then beaten to death by them.

2. The hare and the tortoise:

This is one story that we have all invariably heard. Slow and steady wins the race is the moral delivered by this story. The story revolves around an over confident hare and a hard-working tortoise, who decide to have a race. The hare, being fast, advances ahead in the race, while the tortoise is left behind. However, the hare stops to rest midway as it is over-confident of winning. Meanwhile the tortoise wins the race as it continues to work.

3. Beauty and the Beast:

This is a very famous fairy tale. Beauty and the beast is the story of a young girl, who falls in love with a prince, disguised as a beast. The father of the young girl is caught by the beast, as he invades into the beast’s castle to pluck flowers. In trade of his freedom, the beast asks him to send one of his daughters to his castle. He then sends his youngest and the prettiest to the beast. They then fall in love with each other. The beast, on kissing his love, gets transformed into a prince and they live happily ever after.

This is another story which is extremely interesting, especially for kids. Geppetto, a carpenter, used to make wooden toys for children of his village. One of the toys comes to life, and he names it Pinocchio. Pinocchio turns out to be adamant, and refuses to listen to his master. He encounters troubles when he wanders away, and is cursed by a fairy that his nose would grow every time he told a lie. This story narrates the adventures of this toy and how he learns to be obedient and is then blessed to become a real human.

This is the most famous fairy tale that we’ve all heard. The story of a young pretty girl, who is tortured by her step-mother and step-sisters, fascinates children especially girls. This young girl, who is forbidden from attending the ball, is visited by her fairy godmother and blessed with a gown, glassy slippers, a carriage and horsemen. The prince then falls in love with her. However, when the clock is about to strike 12, Cinderella rushes from the ball as the magic would start to wear off. The prince is then left with a glass slipper, using which he finds her and they live happily ever after.

6. Goldilocks and the three bears:

This is the story of a young girl named Goldilocks, who ventures into a forest. She then makes way into the house of three bears. There she finds three bowls of porridge, three beds and three chairs. She eats the porridge, makes herself comfortable on the bed and also breaks one of the chairs. When the bears come back to the house, they find the house in chaos and see Goldilocks. She then runs away on seeing the bears and never returns to the jungle.

This is the story of two siblings, Hansel and Gretel, who live with their woodcutter father and step mother. Their step mother, in order to get rid of them, leaves them in the forest, where they come across a house made of candies and sweets. The house is owned by a witch, who takes Hansel into captivity, as she intends to eat him. Gretel, on discovering this devious plan, kills the witch with her presence of mind and courage. They then move on to live a happy life with their father, who has by then disowned their step mother.

8. Jack and the Beanstalk:

This is the story of a boy named Jack, and his widow mother. They are extremely poor, in spite of being hard working. One day Jack trades his cow Bess, for three magical beans. On being planted, the beans grow huge and lead to a castle in the clouds, inhabited by a monster and his wife. Jack kills the monster and brings back the treasure to his home, and they live happily ever after.

This is another famous tale from the Aesop’s stories. This is the story of a young shepherd who is extremely naughty. He frequently fools his villagers by crying out that a wolf has come out to at him, however, the villagers come to his aid, he starts laughing. On one occasion however, a wolf really appears at the scene. But on crying for help, the villagers don’t believe his cry, and he is eaten up by the wolf.

One of the most famous Aesop’s story is this tale of the lion and the mouse. The mouse ones comes upon a sleeping lion, and is frightened on seeing it. He accidentally wakes up the lion, who then catches it. The mouse pleads the lion to set him free and promises to help him in the future. The lion is amused by the thought of the tiny mouse helping him. However, the mouse fulfils his promise when the lion is trapped in a net by a hunter, thereby proving that an act of kindness never goes waste.

11. The Pied Pieper of Hamlin:

This story is about a city Hamlin, which was a rat’s paradise. Once, a stranger walks into the city and offers to free the city of rats, for which he asks the mayor a price of 10,000 gold coins. The mayor agrees. The stranger plays his flute, and the rats are drawn towards the music. He then walks towards the sea, and the rats follow. They then drone in the sea. However, the Mayor refuses to pay the stranger the promised amount, and the stranger plays the flute again, this time enchanting children and disappears with them into the mountains.

This is a story of wit and humour. It tells the story of a king, who is fond of new clothes. Once two swindlers come to the kingdom, and pretend to be weavers. They say the king that only the wise and intelligent can see the clothes made by them. Nobody in the kingdom, including the king are able to see the clothes, but pretend to be able to see it, so that they come across as clever people. This way the swindlers fool the entire kingdom successfully.

13. The Goose that laid Golden Eggs:

This story conveys the moral that selfishness leads to downfall. The story is about a man, who owned a magical hen. The hen laid golden eggs. By selling the egg, the man would earn a handsome income. However, he was dissatisfied with the money he got, and decided to kill the hen, so that he could get all the eggs together. However, after killing the hen, hoe found nothing. There was no golden egg inside the hen. As a result of his greed, he lost his fortune.

This is probably the most famous story that we have all heard. This is the story of a crow, that is extremely thirsty in the summer heat. It flies for miles together but fails to find any water. He then comes across a pot of water, but it is unable to reach the bottom of the pot to drink the water. An idea strikes him, and he starts putting pebbles in the pot. The water rises and he is able to quench its thirst.

This is a heart touching tale of a little poor girl. She spent her New Year’s eve trying to sell matchsticks, but no one would buy it. Dejected, she went to rest in a small place between two houses. In order to warm herself up, she lit a matchstick, and in the flame saw a beautiful feast laid out for her. However, it disappeared with the flame. She continued to light matchsticks and see beautiful things, until she saw her grandmother. Desperate to prolong the sight of her dead grandmother, she lit all the matchsticks, and pleaded to her grandmother to take her along with her. In the morning, the girl was found frozen dead against the wall, with a smile on her lips.