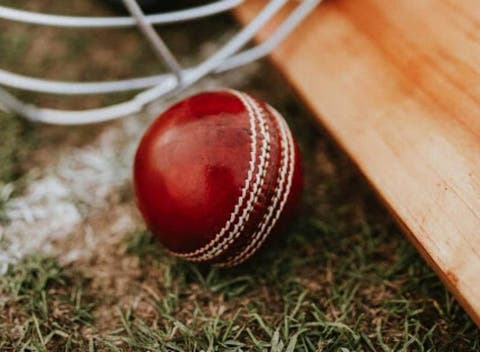 Did you know that since the formation of cricket, the only law that has not changed to date is the length of the pitch? We have seen quite a number of laws being changed on a daily basis but as far as we can remember “22 yards” stayed the most important part of the field.

In the year 1984, India was playing its 2nd One Day International against Pakistan at Sialkot and stood strong on 210 runs with 7 wickets in hand. The match was abandoned due to the news of the then Prime Minister Indira Gandhi’s Assassination.

The longest test match ever was 10 days long “Timeless” test played between South Africa and England on 3-14th March in the year 1939. You will be surprised to know the result and reason behind it. The test match was declared drawn even after ten days because the ship taking the England team home refused to wait furthermore.

With the figures of 32-27-5-0, India’s left-arm orthodox bowler Bapu Nadkarni once bowled record 21 maiden overs in a row. This match was played against England in the year 1964 in which he bowled 131 consecutive dot balls.

If you are a true Cricket fan then you are very well aware of the phrase “Very Very Special (VVS) Laxman” but how many of you know about the fact that Laxman had never played a world cup match even after playing more than 100 test matches?

In the year 2006, Jason Gillespie walked as a nightwatchman against Bangladesh and the rest is history. He faced 425 balls and went back to the pavilion after scoring a record 201 runs not out. Gillespie’s inning lasted from a nightwatchman to 3 days long.

Iftikar Ali Khan Pataudi, grandfather of actor Saif Ali Khan is the only Indian cricketer to play a test match for two countries. He played test cricket for India and England.

There is an endless number of outstanding cricketers that cricket has ever produced but very few of them are so miraculous that they managed to stun their fans through their performance even in their last match of career. In 2016, Kiwis former wicket-keeper captain Brendon McCullum’s fastest even test hundred came on just 54 balls against Australia in his farewell match is forever entertainment, on the other hand, Muttiah Muralitharan’s 800th test wicket on the last ball of his last test match is still a milestone and priceless to watch.

In 2004, Pakistan was playing against Bangladesh in Asia cup Tournament. Pakistani pacer Mohammad Sami bowled 17 balls in one of the over. His over consists of 7 wides, 4 no balls to end up adding 22 runs.

South Africans are known as chokers when it comes to Cricket. One of the less known tragedies about team South Africa was the incident of the 2003 world cup in which South Africa crashed out of the world cup after miscalculating the revised Duckworth-Lewis-Stern method.

Can you guess the player name who gets the first Twenty-20 Man of the Match? Here is the hint, “Hero of Nidahas trophy 2018 final” Yes! you guessed it right. Dinesh Kumar Kartik is the first Indian to get the Man of the Match award for his 31* runs off 28 balls against South Africa in 2006.

Jonty Rhodes is considered the greatest fielder of all time but how many of you know that he also represented South Africa in Hockey and was the part of the team for the 1992 Olympics? Namibia’s Rudi Van Vuuren holds the unique world record of representation of his nation in two world cups for two different sports (i.e. Cricket and Rugby) in the same year.

Sunil Gavaskar scored a single century in One Day Internationals while he achieved the milestone of 10,122 runs with 34 hundred in Test matches. According to his uncle, he was switched in the hospital but the hole in the left ear lobe of Sunil Gavaskar helped his uncle to recognize the little master.

Cricket is a game that is loved by each of us equally, no matter the age. Although the most bewildering 15 facts are presented here, there are still many things that you might discover upon a detailed reading.

Read Also: Top 15 Rare Sports You Might Be Unaware Of