Castles are the most fantasized thing ever. These beautiful pillars, huge walls, the amazing architecture makes our mind blown. But do you know that each of these castles has a story of their own? Yes, that’s true. There’s a lot of secrets hidden behind all these centuries-old castles and some of them are so intriguing that it still amazes us. Here are the 15 most amazing castles in the world. Let’s have a look.

This magnificent castle located in Central Spain is very famous for its unique design. The castle is built really strong with strong outer walls and the 3 full-sized gates. The walls are as much as 10 ft thick in some areas and also the bricks used to build this castle are very different from the regular bricks. This castle also has a dungeon and secret tunnel.

This is the world’s largest castle by land area located on the banks of the river Nogat in Poland. This castle holds a lot of interesting and intriguing things full of woe, war, and wonder. The foundation of the castle is made entirely of wood and the pillars and walls are made of sand. Now, this place has been converted to a museum and is open for the general public to come and visit.

This castle is located on a small hill in Salzburg, Austria. It is one of the few amazing castles in the world that has never been conquered. The Prince Arch Bishop of Salzburg built the castle in 1077. It contains several wings, a high floor with apartments, and a courtyard. The golden chambers in the hall add a sense of class and elegance to this incredible structure.

This 12th-century castle is located in Scotland, Europe. The castle is believed to be made on a 340 million years old volcanic eruption. It is also one of the oldest fortified castles in the continent and also one of the most deceived ones. This castle has been through many fights and battles including the battle between the Scots and Britain and also WW2.

This castle in Poland infilled with mysteries even to date. People say that there is a secret tunnel inside the castle where they have a hidden train. It is believed that the train contains valuable items that were hidden by the Nazis. It is originally decided to use it as a residence for Adolf Hitler.

This unique castle located in Japan is very different from the normal castle we talk about. This stunning white castle is very famous for its distinctive architecture. Also, interestingly unlike other castles, this castle has never seen any war or destruction. This castle is made up of wood and also withstand the massive 1995 earthquake.

This castle located in Ireland, holds many bloody battles, war, and turmoil. The castle was built in 1195 and it was originally a wooden castle but was later remade into a stone castle. The Butler family later bought the castle and owned it for nearly 500 years. Now the castle is managed by the office of public works by Ireland.

This spooky castle in Romania was built in 1446 by Johan Hunyadi. Yes, you read it right. The castle is believed to be haunted. People think the prisoners who were forced to do labor were killed and their ghosts still haunt the castle. Tourists can visit the castle and can also a have look at those cells were prisoners were kept.

This distinctive castle in Segovia, Spain is so magical and beautiful. The castle’s structure looks like a vow of the ship and it was home to the kingdom of Castille Royals. It also has a secret passage to the escape near the river. Before becoming a museum, as it is now, it was also served as a prison for many years.

This striking structure located on the banks of the river Indre in Loire valley, France. This castle holds a long story of history that you might wanna know. Anyway, the castle is now open for the general public and is converted into a museum. It also has one of the largest medieval armor collection

The castle was built by King Ludwig 2nd of Bavaria, also known as The Mad King. It is in Germany made over the Bavarian Alps. This beautiful and massive castle is been built with many technological advancements. It also contains things like a walled courtyard, an indoor garden, towers, spires, and surprisingly an artificial cave too.

It is one of the most photographed medieval castles in the world, located in France. This castle was constructed on an island by Bishop of Avranches and it is only accessible during the time of low tides. This castle attracts almost 2.5 million tourists every year from all around the world.

This famous castle in Slovenia was built inside a cave. The location of this castle is so unusual that it was almost impossible for the attackers to attack the castle. The castle has lots of caves and tunnels inside it. It sure a must-visit castle and it is a tourist attraction now.

Who doesn’t know about this castle? It was built in the 11th century in England and it serves as a residence for the royal family for 1000 years. Queen Elizabeth 2nd stays here during the weekend. This castle is so grand and it is now a tourist attraction for many visitors. The castle is also believed to be haunted as many guests have felt the presence of some unknown man there.

Read Also: Top 15 Most Famous Churches Around The World 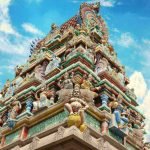