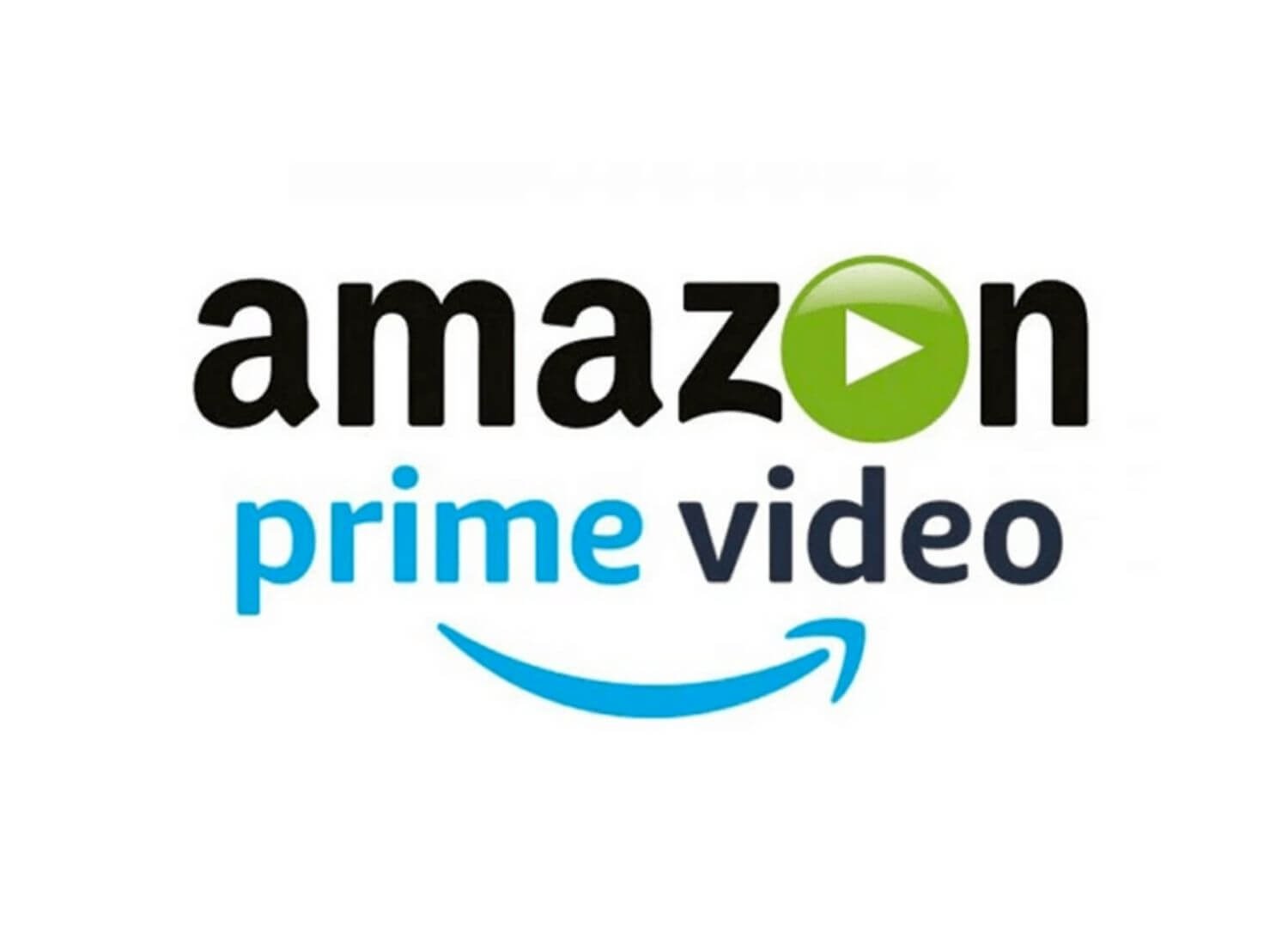 Malgudi Days is an Indian television series that was started in 1986 and is based on the works of the legendary R. K. Narayan. This show is directed by Kannada actor and director Shankar Nag. The series was revived in 2006 for another 15 episodes, which were directed by Kavitha Lankesh. The series now is available on Amazon prime video. This series holds a very special place among both cinema and book lovers. It will give you a hit of nostalgia and will make you fall in love with it instantly.

Mirzapur is a crime-thriller web television series on Amazon Prime Video that stars Ali Fazal, Vikrant Massey, Pankaj Tripathi, and Divyendu Sharma. The series revolves around drugs, guns, lawlessness, putrescence, governance, and the rule of mafia dons and the rivalry among them. It might seem a familiar gangster saga but what makes it solid and elevated than the rest is their strong performances and sharp dialogue.

The Family Man is an action-drama web series created especially for Prime Video by Raj Nidimoru and Krishna D.K. Starring Manoj Bajpayee and Priyamani, the show narrates the story of a middle-class man secretly working as an intelligence officer for the T.A.S.C, that is a fictitious branch of the National Investigation Security. The series is an extremely engaging, well-written espionage drama that will keep you on the edge of your seat.

Directed by Kabir Khan, the storyline is based on true events about the men and women in the Indian National Army, which was led by Subhash Chandra Bose. The star cast Sunny Kaushal and Sharvari. The short series is heartfelt and is backed by outstanding performances by numerous actors as well as excellent camera-work, both contributing to a worthwhile cinematic experience.

Breathe is a crime, drama-thriller web television series created by Mayank Sharma. The series stars R. Madhavan, Amit Sadh, Hrishikesh Joshi, Sapna Pabbi, among others. The sequel of the series also stars Abhishek Bachchan. The series is quite a crystal clear, the plot is completely out there ever since the first episode, but the story makes the series worth watching. Without a doubt, the show is an underrated gem.

Inside Edge is a sports-drama series, created by Karan Anshuman for Amazon Prime. The plot surrounds a fictional T20 cricket team, whose owners are operating a league-wide spot-fixing syndicate. The series cast include big names such as Vivek Oberoi, Richa Chada, Siddhant Chaturvedi, Tanuj Virwani, Angad Bedi, and many others. The series was critically acclaimed throughout the world and was nominated for the International Emmy awards. The series is perfectly cast who have shouldered powerful performances packed by interesting punches.

Panchayat is the comedy-drama series on Amazon Prime, created by Deepak Kumar Mishra. The star cast includes Jitendra Kumar, Raghubir Yadav, Neena Gupta, and Biswapati Sarkar. The story is about the life of an engineering graduate who joins as a Panchayat secretary since he lacks better job options. The show is a delightful slice of life, that captures the true essence of village life in India. Each episode of the show can be enjoyed as a stand-alone and yet it’s binge-worthy.

Afsos is a black comedy series, directed by Anubhuti Kashyap. Starring, Gulshan Devaiah, Sulagna Panigrahi, Anjali Patil and Heeba Shah, the show is about a depressed man who wants to commit suicide but is unable to die. The series is wickedly entertaining, this show might get crowded at times but its heavy-handedness makes the show an enjoyable experience. You definitely won’t regret watching this one.

Hotel Daze captures the scenario about what goes inside engineering colleges. Created by Sourabh Khanna, the storyline of the show is about four friends who are living inside a hostel, depicting what every Indian hostel resident goes through. The series will sure give you flashbacks of your wonderful college memories. Many of you might term it as shallow predictable college comedy, but it will surely be an enjoyable laughter ride.

Made in Heaven is a drama web series on Amazon prime, created by Zoya Akhtar and Reema Kagti. The show is about the lives of Tara and Karan, two wedding planners in Delhi who run an agency named, Made In Heaven. The series stars Sobhita Dhulipala, Arjun Mathur, Kalki Koechlin, Jim Sarbh, Shashank Arora, and Shivani Raghuvanshi. The show depicts the dark side of a big fat Indian wedding, that will keep you hooked until the end. The show is a beautiful piece of Indian drama and talks about the heavy topics of our society that we choose not to talk about it.

Lakhon Main EK is created by Biswa Kalyan Rath on Amazon Prime Video. The first season is about the struggles of Aakash, a teenage student from Raipur who is sent to a coaching center in Visakhapatnam for preparation of his IIT entrance exam. While the third season is about, Dr. Shreya and her fight with the government for healthcare in Sitlapur Village. Both the series hit the right chord, making the show more lived than the mainstream cinema. The show details are fantastic, and a unique take on Indian parenting and Indian Education.

Pushpavalli is a comedy-drama series created by Sumukhi Suresh. The series stars Sumukhi along with Manish Anand, Naveen Richard, Ashok Pathak, and many others. Sumukhi is the starlight of the series without a doubt. Pushpavalli is one of the most definitive stalker stories of all time. The series also very well depicts the body image taboos that exist in society. The series is dynamic with an engaging plot that will leave you a bitter salt after taste.

Mind the Malhotras is a sitcom series by actress Dia Mirza. It is based on Israeli comedy La Famiglia. The series is directed by Sahil Sangha and Ajay Bhuyan and stars Mini Mathur, Cyrus Sahukar, Denzil Smith, Sushmita Mukherjee, and Anandita Pagnis. Don’t expect too much, just dive into it without any expectations. Mind the Malhotras is a refreshing show, its simple, crisp, and will keep you entertained. It is a perfect show you can watch with your family while enjoying some tasty treats.

Four More Shots Please is an Indian television web series. It is directed by Anu Menon and Nupur Asthana. The series revolves around four unapologetically flawed women as they live, love, make mistakes, and discover themself. The star cast includes Sayani Gupta, Bani J, Kirti Kulhari, and Maanvi Gagroo. Four More Shots Please is the desi version of Sex and the City. The series is even the most-watched Indian show on Prime. The series is brave, fabulous, and all about love and friendship.

The show is about a company Going Viral Pvt. Ltd, which is run by a couple along with their crazy employees who would do anything they can to run their company. The firm admins at making people go viral and help them acquire fame. Directed by Anuvab Pal and stars Kunaal Roy Kapur, Kubra Sait, Aneesha Shah, Prabal Panjabi, Abhinav Chaturvedi, and Zachary Coffin. I know the concept of the show might seem completely clueless, it is clumsy, broad, and traditional. But won’t fail to lighten up your mood.

Read Also: Top 15 Irrfan Khan Movies That Will Surely Leave You In AWE