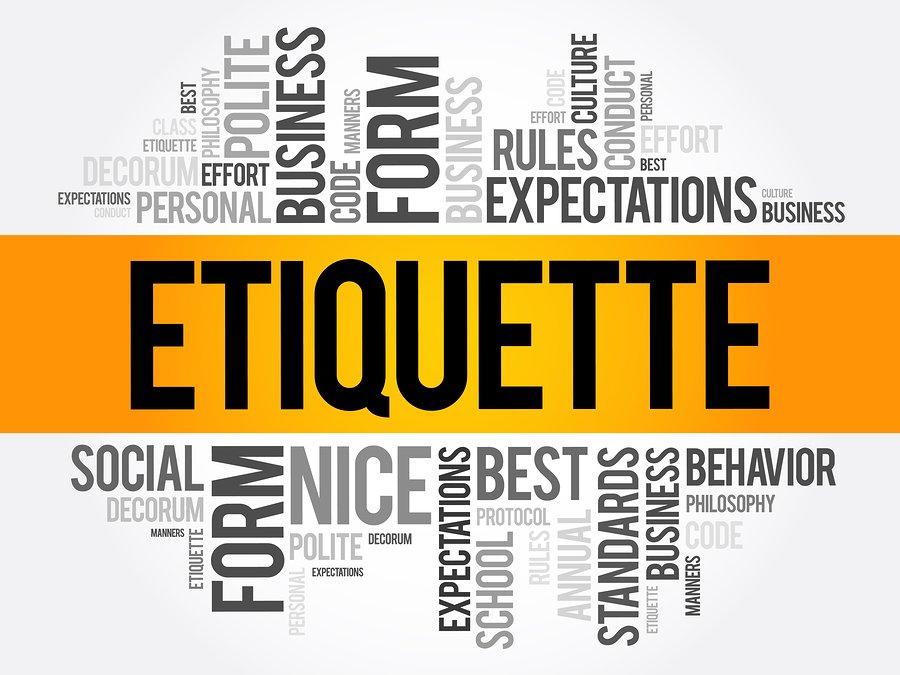 Etiquettes are the basic rules that are to be observed by an individual in the society in order to conduct himself properly. Etiquettes are not only important at the workplace but also while socializing with others be it parties, chilling with friends at a restaurant, or your own residence. There are some eerie etiquettes that are expected to be followed when you visit different countries.

Here are a couple of such bizarre and eerie etiquettes still practised around the world.

1. Don’t Try To Shake Hands At The Threshold

Shaking hands is a good gesture when you greet someone. But in Russia shaking hands at the doorway is considered inadequate. You either have to let the person enter the room or let him get out completely as it is believed that the house spirit lives in a home’s entryway and that it would bring bad luck greeting over the doorway.

2. Let The Man Lead The Way Into A Restaurant

While in Italy, it is in general considered courteous to allow a woman to go through a door first but this rule vanishes when it comes to entering a restaurant. By heading in first the man should talk to the host and get a table.

3. Pass The Port To Your Left

While in Great Britain, the left is important. If you pass the port to your right instead of left, it is considered a breach of etiquette. Forgetting to pass to port is also inadequate. But don’t worry if you forget to pass the port, the fellow next to you would remind you, “You know the Bishop of Norwich? He’s a good chap except he always forgets to pass the port”.

4. Don’t Use Your Hands To Eat

It’s absolutely fine to eat with fingers in India and many other countries where eating with hands is generally encouraged. But it’s not the case with Chile. You are expected to eat your food properly using a fork and knife.

If you’re traveling to Greece, Turkey, Macedonia, Montenegro, Bulgaria, Ukraine, Morocco, Egypt, or Beijing, please note that the plumbing may not be designed for flushed TP, and restrooms will have special waste bins to place used toilet paper instead. Failure to do so would lead to waterlogging and giving rise to floods. Perhaps this one among the “eerie etiquettes” list was enough to leave you dumbfounded.

6. Use A Two-handed Show Of Respect

In Korea, when your elder offers you tea, it has to be received by both hands and then you can turn your head away when you start sipping. It is a mark of respect for elders and is taken care of seriously in Korea.

While it is against our social norms to make noise while eating it is absolutely considered normal in Japan, and in fact, it is a sign of compliment to the chef.

It is considered rude to fart while someone is eating the food but the Inuits of Canada fart after finishing their food in order to express appreciation. You would never want to finish your food last while others are showing appreciation for food. Strangest of all the eerie etiquettes!

Thumbs up is a sign of approval but be extra cautious while traveling to countries like Iran, Greece, and Italy where this gesture is considered equal to showing middle finger. While you may think that you have given approval to something but actually you end up landing into hot water.

10. Sticking Out Your Tongue

Sticking your tongue out is considered rude and is a punishable offense in Italy. In India, though not illegal, it is considered impolite. New Caledonia considers this gesture as a sign of wisdom and energy while in Tibet this gesture is considered as a mark of respect when greeting someone making it outlandish of all the eerie etiquettes.

It is always good to leave no food on your plate after you are done eating. But in countries like the Philippines, North Africa, and some regions of China the host will put more food on seeing your plate clean. It is only when you leave a little bit of food on your plate you will be considered full.

Whenever we visit someone for the first time, we try to break the ice by complimenting like “I like your shoes”, I like your furniture, etc. But in the Middle East countries as well as African countries like Nigeria and Senegal, a compliment is considered as a wistful desire for the said item, and the host is obligated to present the item being complimented.

While in many countries like Japan, tipping is seen as a gesture for begging and is unacceptable. But in the U.S.A tipping is rather mandatory and the guest is expected to leave 10-20% of the bill as a tip for the waiters. It is a way for the hospitality staff to earn more as their wages are low.

14. Use Your Tokens Wisely

Flipping a fish is very common once you finish eating. In countries like China, particularly Southern China and Hong Kong flipping a fish is ‘dao yue’ or bad luck. If you flip a fish it means you are wishing for a boatman’s boat to capsize.