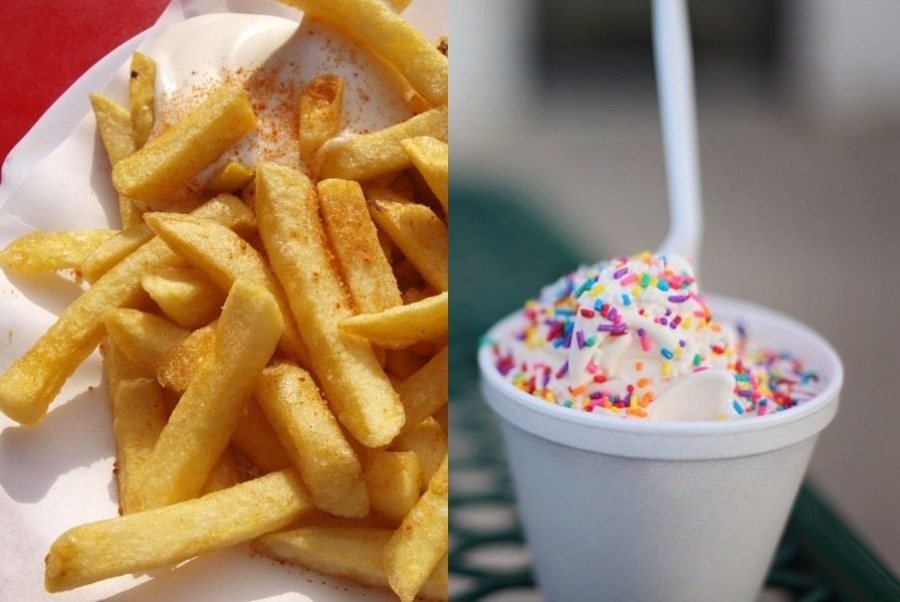 Let’s be honest we all have tried some weird foods that we end up liking. Liking a food or combination of food is a very subjective matter and it varies from person to person. Just like they say don’t judge a book by its cover you shouldn’t judge the food combos because it sounds weird. Here’s some weird food combinations worth a try.

1. Pizza with hot chocolate on it

It’s going to be one of the most strange pizza you’ll ever hear about but those who have tried it have only good thing to say about this dessert pizza. A normal pizza dough with liquid chocolate or Nutella smoothly spread on it.

The salt and sweet combined with the crispness of fries makes it weird but yummy. Even in Korea McDonald’s have launched the fries slathered in honey and butter and it’s one of their most popular snack in Korea.

Sweet and salty! It does sound weird and gross but we leave the final decision on you. First you should try it before you knock it out. Banana with chocolate is something a good combination we have ate yet, but let’s give the banana a new combination of ketchup.

Who doesn’t like chips or ice cream. We all had lots of chips and ice cream but we always had them separately. Now it’s high time to try them together. Though you have to eat them quickly to enjoy the crispness of the chips with ice cream. Giving a thought to try?

People who enjoy this combo says that it tastes better than oreo and milk. It’s a big statement as milk anb Oreos are liked by many so before passing any judgment you must give it a try. Healthy isn’t it? It’s just similar to the combination of chocolate and orange, so it’s not a bad deal.

The method of having this combo is to pour some milk on freshly popped popcorns and then eat it. It’s just like cornflakes and milk but instead of cornflakes we are having popcorn.

For this recipe you need ketchup, soda(preferably coke) and a brave heart. Many people on Google have declared in edible and worth a try but the jury is still out. Can be declared as the wierdest combination.

Before this article most of us thought that popcorns doesn’t go with anything now we’ve given you two choices that could go with popcorns milk and ketchup so if you are brave enough then give them a try.

Pineapple on pizza is debatable some like it and others didn’t but banana on pizza is simply wrong but if this combo works for you then who we are to stop you. It’s like pizza sauce with bananas. Bake it, eat it.

Don’t know if you are going to like it or not but one thing we sure know is that it’s healthy. Blend avocado and add it to your hot chocolate. Many people loved it and it’s a trendy new drink. With avocado, everything tastes better. This is the best combination too.

Cold, sweet and sour flavour of this food combo will surely trigger your taste buds. It might sound gross but scientifically it is healthy for our body so if you will like it’s taste it will be a win-win situation for you.

Ketchup goes with hundreds of foods and snacks but people nowadays are putting it in anything and everything. First banana, then soda and now rice but as bizarre as their choices sounds we can’t argue with people’s taste.

Putting sugar and butter between bread sounds gross, disturbing and delicious at the same time. Depending upon your taste it is either going to taste super delicious or super gross. Many have surely tried this in their tiffin during school time. Right?

Again with a sweet and salty combination. Again both the items are very popular separately but eating them together is a little or a lot debatable. Those who liked it says that crunchy chips goes well with smooth texture of Nutella but the ultimate decision is yours.

What’s with people having fruits as pizza toppings. We were just getting over pineapples on pizza then you added bananas and now strawberry. It doesn’t work for me but it could for you so give it a try and then decide for yourself if this is what you want or not. 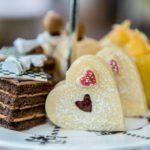 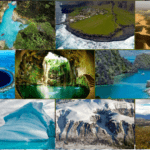