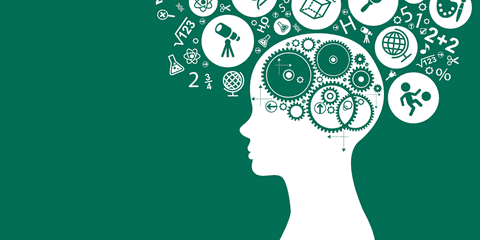 Top 15 Psychological Tricks that are Quite Effective

In life, we often search for shortcuts to help make things easier. The human mind is very complex and it is often difficult to predict other people’s behaviour while interacting with them. In these situations, there are no shortcuts. However, using some

chological tricks that employ psychology can be quite helpful.
Table of Contentsshow
11. How to Ask for a Favor
22. How to Criticize Someone Effectively
33. How to Encourage People to Ask Questions
44. How to Talk to Shy People
55. How to Understand Someone in Shock
66. How to Respond on Things You Already Know
77. How to Make a Convincing Argument
88. How to Influence People to Work Better
99. How to Avoid Procrastination
1010. How to Make Someone Speak the Truth
1111. How to Remember Something Better
1212. How to Find Out Names
1313. How to Lie Effectively
1414. How to Make a Decision
1515. How to Avoid Small talks at Workplace

In case you need a favor from someone, there are two ways that will increase the chances of them giving in. The first trick is to ask for something huge. They will obviously say no to this. After that, ask for what you actually want. They will feel bad for the first thing, and will be more likely to do the smaller favor. On the contrary, you can also begin with asking for a small favor. They will agree to do it, and then you can work your way up to a bigger one,

2. How to Criticize Someone Effectively

People often tend to get defensive when you criticize them. If you want someone to receive your feedback in a better way, combine it with something positive. The ideal way is to sandwich the negative comment between two positive ones. This way the other person is more likely to act on it.

3. How to Encourage People to Ask Questions

In several cases, such as after a presentation or lecture, questions from the audience are very helpful. This ensures that they understood your point and avoids misconceptions. However, a lot of times, people are hesitant to ask anything. To encourage them, ask “What questions do you have?” instead of “Does anyone have any questions?”

4. How to Talk to Shy People

It can be difficult for people who are introverted, socially anxious or just generally shy to talk to other people. If you are talking to someone like this, you should try to get them to open up. This requires creating an environment in which they feel comfortable. The best way to do this is to look at them and nod your head while they are speaking.

5. How to Understand Someone in Shock

There are lots of cases when people become disoriented and shut down. Sometimes, it is necessary to get more information in such cases but it is very difficult to do so. Instead of directly asking questions about an event that happened, such as an accident, begin with general facts. Asking the person their date of birth, phone number etc can help to get them out of their state of mind, and they are more likely to respond to other questions afterwards.

6. How to Respond on Things You Already Know

Most of the time, when someone mentions something you already know, the common response is “I know”. However, instead of saying this, say “You’re right” or “You’re correct. This will reaffirm what the other person said, and it will make you look more polite. This also ensures that the other person doesn’t feel diminished for just finding something out.

7. How to Make a Convincing Argument

It can be very difficult to win arguments or to make your point heard sometimes. This is usually because the other person isn’t more receptive to what you are saying, and they want their point to be heard. The trick is to find something common in an argument and then agree with it. After doing this, push your main point. The other person is more likely to listen to it in such a case.

8. How to Influence People to Work Better

Managing people can be a very difficult job, especially if you are managing large groups. There are usually disagreements and people tend to be disinterested. Instead of asking them to do a certain task, use phrases such as “I need your help”. This is more effective because people want to feel like they are doing something important and making a difference.

9. How to Avoid Procrastination

These days, most people are looking for instant happiness. This is one main reason for procrastinating. However, the trick is to think about your future self whenever you feel like avoiding a responsibility. For instance, how would my future self feel if I skipped gym? This essentially boils down to delayed gratification, and you are more likely to take on the responsibility.

10. How to Make Someone Speak the Truth

If someone is making excuses or telling a made-up story, they are very likely to make some mistakes while doing it. If you suspect that someone is doing this, just look at them while they are talking. Do not nod or acknowledge it in any way. Instead, just keep looking. They are likely to elaborate on some details that do not add up or get uncomfortable and start squirming. This way, you can catch them in the act.

11. How to Remember Something Better

If you want more information about something, such as names, use a made up one as a lead. For instance, if you need to know who the owner of a particular shop is, say “So, does Mary still own this place?” The other person will probably correct you with the right name. However, if you ask something like, “Who owns this place?” the chances of the person telling you are much lesser.

13. How to Lie Effectively

This is a bit sneaky but it can be quite helpful in certain situations. It should be used rarely to maximize the chances of it working. The trick is to pretend that you are terrible at lying. When you need to lie in small situations, stammer or get very worked up. This will convince people that you can’t lie. So, when you actually need to tell a lie, the other person will not be suspicious.

Sometimes, it can be really difficult deciding between two options. You try thinking about it but you can’t decide which one makes you feel better. In such a situation, flip a coin to see the outcome. Depending on whether the outcome makes you feel happy or disappointed, go with the option that you feel is better.

15. How to Avoid Small talks at Workplace

People often do not realize when a person is in the mood for small talk, and when he isn’t. It can be tricky to deal with such a situation when someone else wants to talk to you, but you don’t want to. Ignoring them or trying to cut it short might seem rude. In this case, get up to fetch a glass of water or a cup of coffee while talking to them. After this, just walk the other person to their desk and then bid them farewell after talking for a minute or two.