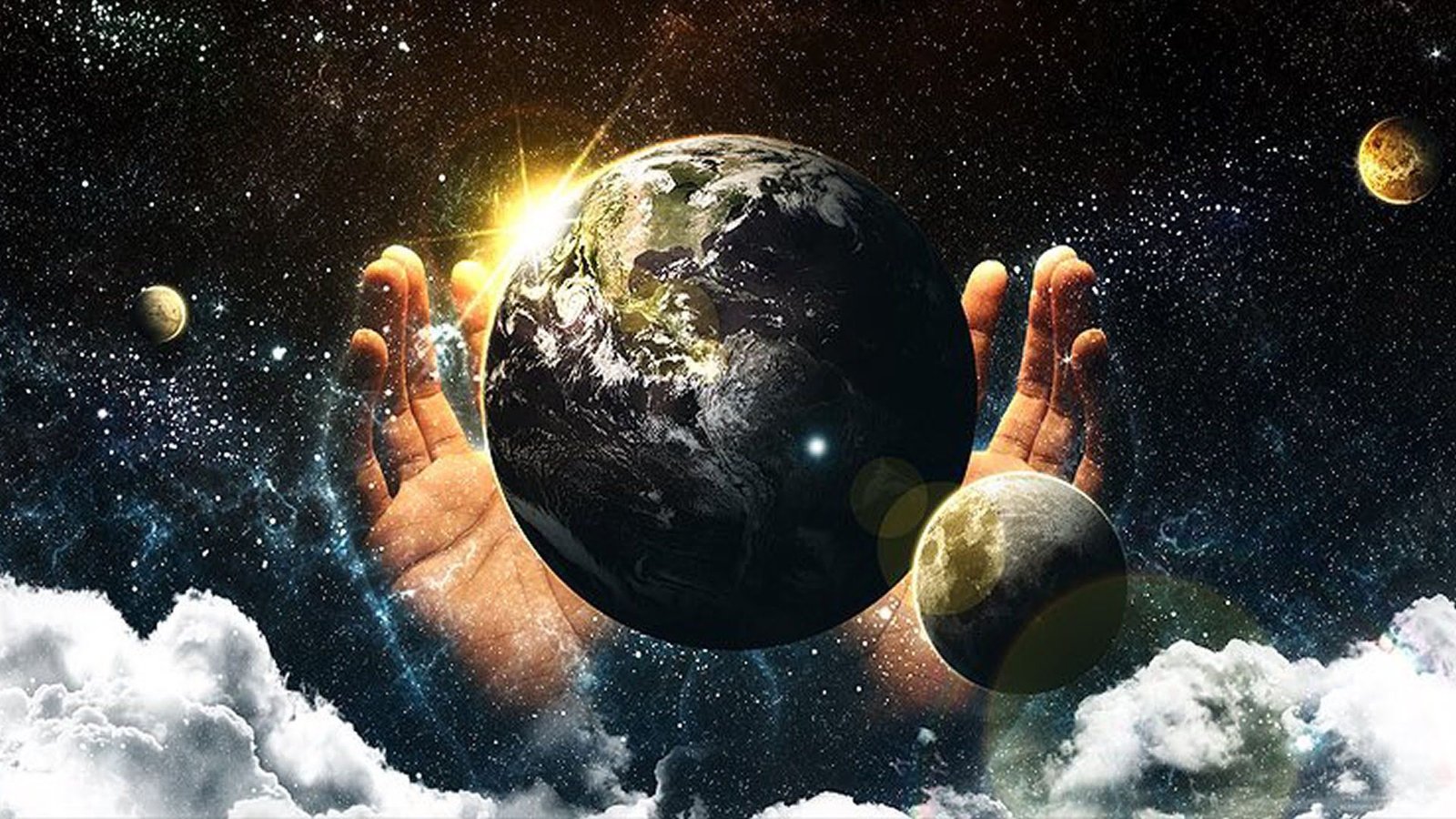 We all know everything we have to know about the world and how it began. But when it comes to the mythological background of it, we are awestruck at the magnitude of our ignorance. Let’s check out some of the weirdest myths about world creation that people believed.

Table of Contents show
1 1. Central Africa: Everything In This World Is God’s Vomit
2 2. Ancient Egypt: Life Started With Semen
3 3. Australia: A “Rainbow” Snake Created The World
4 4. Norway: The Norse Gods Created The World From Limbs
5 5. China: Sky And Earth Were Made Out Of Eggshells
6 6. Mongolia: God Breaks The Leg Of A Mongolian Loon Who Tried To Create Land
7 7. Japan: Floating Land
8 8. The Zunis: Gods Did Some Plastic Surgery For Humans To Exist
9 9. Maori: The First Maori Children Broke Up A Perfect Marriage
10 10. Taoism: The Earth Is a Big Dead Man
11 11. Norse Paganism: We Emerged From An Ice-Giant’s Armpits
12 12. Nuwaubianism: Women Invented Men
13 13. Shilluk: Gods Used Flamingos As Models To Create Humans
14 14. Haida Legend: Ravens Found Human Existence
15 15. North Carolina: The Creation Of The World

1. Central Africa: Everything In This World Is God’s Vomit

In Boshongo culture of Africa believed that their creator Mbombo had one of the worst cases of upset stomach in existence. Back when the world did not exist, the god Mbombo had stomach pain. Since there were no remedies to treat his problem, he lived with it. It eventually sorted out in the form of a lot of vomit. He puked out the sun, the moon, the stars, animals, plants, and eventually confused humans. After teaching humans how to make a fire to survive, he departed to heaven.

Atum is a revered deity in Egyptian mythology. It is believed that he existed because he willed himself into being. He felt the need to create and wanted to bring it all to life. So, here’s where it gets weird. He masturbated and ejaculated into his own mouth. Then he sneezed out the wind and sprew out the semen out of his mouth to create the rain. From there on, life came into existence.

This one starts out innocent enough. In the beginning, we were all sleeping and dreaming, and the world was a devoid. The first thing to awake was a rainbow serpent, intent on shaking the world, literally. She started waking creatures up, one by one, starting with the frogs. Still, this new world needed water, all of which was contained in the bellies of the frogs. She quickly came up with a solution.

The rainbow snake tickled the frogs to make them laugh. In their laughter, they began to cough up water. The water flowed, creating plants and awakening the other animals.

4. Norway: The Norse Gods Created The World From Limbs

Before the entire Universe existed, there was a god named Ymir. When Odin was born, he and his brothers kiled Ymir and decided to cut his body apart and use it to create the cosmos. They made the oceans from his blood, the ground out of his skin and muscles, plants out of his hair, his brains became the clouds, and the sky was created from his skull.

5. China: Sky And Earth Were Made Out Of Eggshells

According to them, in the beginning, the universe was nothing but chaos. Everything was contained in one humongous egg. Then Pangu, a god, was born inside of the egg and waited there, growing strong. As he woke up, he tore the egg apart, the upper half of the shell becoming the sky, and the lower half thus the earth. When he died, different parts of his body became parts of the earth.

6. Mongolia: God Breaks The Leg Of A Mongolian Loon Who Tried To Create Land

In the beginning, Father Heaven had two sons, Ulgen Tenger and Elreg Khan. At that time, the world was completely covered in water. To fix this, Ulgen called upon the loon and asked him to bring up mud in order to create land. Unfortunately, the loon was unable to do this no matter how much he tried. Angry with his failure, Ulgen broke his legs as punishment so that he would be unable to walk.

When heaven and earth both began to exist, land wasn’t anchored down, and it just floated across the world. The gods were tired of land always floating around, so they asked Izanagi and Izanami, two gods, to do something about it. They took their spears and roughly stirred the ocean. When they drew out their spears, the brine that dripped from them became an island. Eventually, the pair of gods gave birth to 14 islands, which became Japan.

8. The Zunis: Gods Did Some Plastic Surgery For Humans To Exist

The Zuni believed that in the beginning, humans had no mouths or anuses. We had webbed feet and crept around like lizards. We were unfinished, and not quite humans yet. We eventually came into the light with the Bow Priest. They planted corn, grew it, and harvested it for us. The bow priests waited until we were all asleep, then took a knife, and cut mouths onto our faces. Of course, then humans ate, but by nightfall, they were very uncomfortable because they could not poop. To fix this, the bow priests took the same knives and created anuses for all of us.

9. Maori: The First Maori Children Broke Up A Perfect Marriage

There was a Sky Father, Rangi, and an Earth Mother, Papa, as the story went. They loved each other to death, and at the beginning of time, they just lay together, cuddling and loving each other. Everything was peaceful. But then they had kids. Like, a lot of kids. These children were stuck between them and didn’t much like this arrangement, so they decided to tear their parents apart. They, at last, managed to do this, and the Rangi separated from the earth and went to live like the sky. And, to this day, Rangi misses Papa so much that he will sigh and weep, and this is why it rains. Pretty savage of the kids, eh?

According to the Taoist myth, at the beginning, the sky and the Earth united in a shape like an egg. From that giant egg was born P’an Ku, who grew taller every day, causing the sky and the earth to grow apart from one another. After 18,000 years of growing, P’an Ku died. His left eye became the sun and his right eye became the moon. His blood flowed out and became rivers, his flesh became soil. The fleas thriving on his body became human beings.

11. Norse Paganism: We Emerged From An Ice-Giant’s Armpits

According to Norse mythology, Ymir, a giant, was formed from melting ice. Ymir’s sweat created more giants. When Odin was born, he killed the wicked giant, Ymir. Odin and his brothers then constructed the world from the giant’s body. With the help of his brothers, Odin created the oceans from Ymir’s blood, the soil from his flesh, the sky from his skull, vegetation from his hair, and clouds from his brains.

Nuwaubianism created the myth that fetuses that survived abortion live in drains, where they are organizing to take over and rule the world. According to this myth, men came from women. Rather than giving birth to men, women created them by manipulating the genes. This trumps the entire Adam and Eve story, am I right?

According to the Shilluk people, Jouk was the creator of the entire human race. Like Adam was made out of mud, Jouk also moulded the first men from mud. One major difference is that the deity collected different colours of mud to create men with different skin colours: white, brown, and black. Jouk used flamingos as an inspiration. That’s when he decided that humans must have legs.

The Haida people of the Pacific Northwest see this bird as clever. To them, the bird is a trickster that played harmless pranks on people but also did useful things. Haida legend holds that a raven found a shell filled with frightened little humans (not Lilliputs, mind you). The bird then coaxed the creatures out of their shell and into the world.

15. North Carolina: The Creation Of The World

In the beginning, the Earth was filled with water, and the animals lived in the sky. Then the Water Beetle created mounds of mud that became the ground. Afterwards, this earth was fastened to the sky with four cords. After this, life was brought to the world . . . somehow. The story glosses over the details completely. Once life started, though, the first man and woman came to Earth. He hit her with a fish. In seven days, a child came down to the earth. I’m sure this would make a lot of feminists very angry. Way to go, Cherokees!

Potterhead, Bibliophile, Literature student.
Prefers coffee over tea,
Books over movies,
Dogs over humans,
Can be found constantly mulling over mysteries of life or making self deprecating jokes. 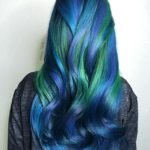 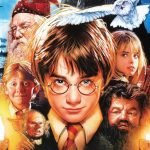