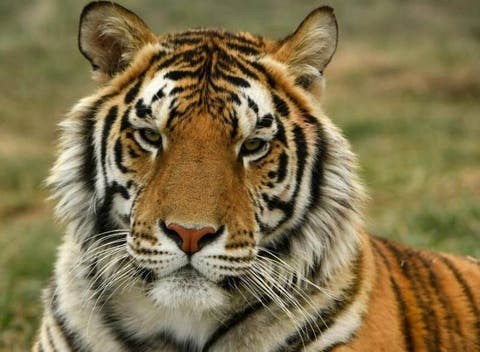 Top 15 Endangered Species Of 2020 We Need To Worry

There have been many species of animals that most of us have only heard of but never seen them in reality. An endangered species is the one which is so less in a population that it is on the verge of extinction. serious steps have to be undertaken to protect these. Here is a list of the top 15 endangered species of 2020.

With a population of around 84 individuals, The status of Amur leopard from East Russia is Critically Endangered subspecies. This endangered species had adapted to live in the cold freezing forest. Like other leopards, they can run with an average speed of 60 km per hour.

Rhinoceros is on the verge of extinction and are around very few in number. Javan rhino (46-66), Black rhino (less than 5000), and Sumatran rhino (74) are the critically endangered species. The status of Rhinos is Critically Endangered.

“Eretmochelys imbricata” or Hawksbill Turtle is a sea turtle living from the past millions of years. The World Wildlife Fund declared this species of sea turtle as Critically endangered. Pollution, coastal development has been considered as the main reason behind their decline.

Like Sunda Tigers, the number of Sumatran Elephants dropped rapidly and the reason behind their declining number is the deforestation of large amounts of forest. That’s why these species joined the status of critically endangered species on Earth.

The main reason behind the extinction of Orangutans was a forest fire, hunting, removal of tropical forests, and illegal pet trade. These things dropped the number of this critically endangered species by half within a decade.

Vaquita is on the verge of extinction, left with just 10 in number. Vaquita can be seen in the northern Gulf of California, Mexico. The number of Vaquita dropped rapidly due to irrigation, fishing nets, pesticides, and waste.

From 1 Lakh in numbers to somewhere below 4000, the number of Tigers dropped at a rapid rate in the past decades, and other than India, no country is able to increase the number of existing tigers.

According to the latest reports, there are less than a hundred Irrawaddy Dolphins left in the world. So, IUCN classified this rare species as critically endangered species. These playful creatures can be spotted in Myanmar, Cambodia, and Indonesia.

An increase in the human population, deforestation, and fragmentation leads to a decrease in the size of the forest, which, ultimately, is the sole reason behind the heavy drop in the number of Asian Elephants. This Asian species was declared endangered in the mid-80s. And now there are less than fifty thousand Asian Elephants left in the forest of India and Sri Lanka.

Overfishing of Bluefin Tuna fish resulted in a drop in the number by  77% (average) over the last four decades. Researchers found out that Japanese cuisine involving Sashimi and Sushi was the main reason behind the overfishing of this endangered species.

The Leatherback sea turtles have seen a dramatic decline in their numbers since the 1980s. It is mainly because the young turtles are vulnerable to birds and small mammals who dig up the turtle nests to eat the eggs or bycatching, etc. The Mayumba National park in Gabon is the only place where a huge population of these could be found on the African continent.

The famous Wild snow leopard is found only in 12 countries of Central Asia including India and Pakistan. There are only an estimated 4048 to 6590 wild snow leopards in the world which could be found in the high valleys of Ladakh. The major reason behind their decreasing population is hunting and poaching by the herders in order to safeguard their livestock.

Before the year 2018, the Mountain Gorillas were in the critically endangered list due to illegal poaching, habitat destruction, deforestation, wars, and the spread of diseases. But thankfully, after the efforts, their population has now risen and almost doubled since 1981 and they have been moved to the species in the endangered list. If you wish to witness this extremely wonderful creature, you could visit Rwanda or Uganda.

Kakapos fall under the category of ‘critically endangered’ species. Their number is so low at present that each living kakapo has a different name. In earlier times, they were found in large numbers in New Zealand. But regular hunting by cats and other small predators have reduced their population. These creatures are extremely smart as they blend into the background and freeze to fool the predators. But they are ineffective in saving themselves from the predators that use smell to hunt. There are very high chances of genetic endangerment of these species if any disease catches them. Therefore, huge efforts are required to keep them from extinction.