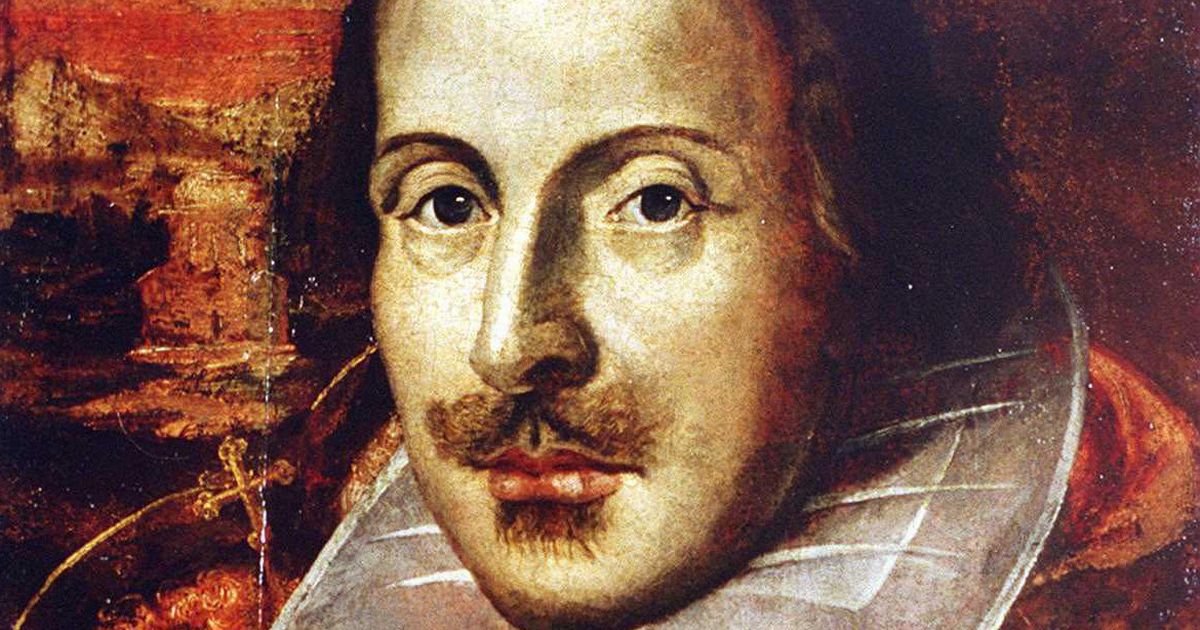 “To be or not to be”-who isn’t familiar with this popular quote by Shakespeare? He is remembered as the greatest writer in the history of English literature. He was a poet, playwright and an actor too

ooh, an all-rounder). We’ve all read some of his dramas or poems in school and if you’re a student of literature, you must worship Shakespeare. He made theatre a means for the common masses to entertain themselves and get their point across. He has given our world some great classics that can never be replaced- Hamlet, Romeo and Juliet, Othello, Julius Caesar are some of his best dramas.

Many people, throughout history, have tried to dissect the personal life of Shakespeare. Many books were written criticizing his work and his life as well. Below are some of his weird interesting and little known Facts about William Shakespeare

It is said that Shakespeare was 18 years old when he married Anne Hathaway, who was 26 at that time. Interestingly, Anne was three months pregnant with his child when they got hitched. She gave birth to their first child, Susanna, after six months of their marriage. They had three kids together-one son and two daughters. Their marriage, however, was not successful as Shakespeare left his family and moved to London.

Shakespeare and Anne Hathaway had three children together-a son, Hamnet, who died in 1596 at the age of eleven (possibly from the bubonic plague), and two daughters, Susanna and Judith. Shakespeare had four grandchildren who all died without any heir. Susanna, Shakespeare’s eldest daughter, had one daughter Elizabeth-she was married two times but had no children by either husband. Judith had three children, who all died due to various reasons without any children of their own. Shakespeare, therefore, has no direct descendants.

3. More Than 80 Spelling Variations of His Name

Shakespeare was known as a famous playwright in London, where he lived. But in Stratford, his hometown where his wife and children lived, which he visited frequently, he was a well known and highly respected businessman and property owner.

During his lifetime, Shakespeare became a man of wealth, a large property portfolio and a brilliant businessman. He also formed a joint-stock company with his actors meaning he took a share in the company’s profits, and also earned a fee for each play he wrote. He was not only famous but wealthy too.

6. Introduced 3,000 Words to The English Language

According to the Oxford English Dictionary, Shakespeare had introduced almost 3,000 words to the English language. His vocabulary ranged from an estimated 17,000 to 29,000 words which are double the number of words used by the average conversationalist.

7. Wrote a Curse For His Own Grave

Shakespeare penned a curse for his grave daring anyone to move his body from the final resting place. At that time it was customary to dig up the bones from previous grave to make room for others. His epitaph read-

Good friend for Jesus’ sake forbear,
To dig the dust enclosed here;
Blest be the man that spares these stones,
And curst be he that moves my bones.His grave remains undisturbed to this day. That’s one way to rest peacefully.

8. His Work Has Been Translated in the Klingon Language

If you’re a Star Trek fan, you must be familiar with Klingon language. It’s a made-up language constructed by the creators of Star Trek and is spoken in the series by the fictional Klingons. Among the 80 languages, Shakespeare’s works been translated into the most obscure Klingon language. Hamlet and Much Ado About Nothing have both been translated to Klingon as part of the Klingon Shakespeare Restoration Project by the Klingon Language Institute.

9. His Parents and Children were Illiterate

Nobody knows for sure, but it’s quite likely that Shakespeare’s parents (John and Mary) never learned to read and write. Some have argued that John’s civic duties would have required basic literacy, but in any event he always signed his names with a mark. William, on the other hand, mastered reading, writing and Latin in the local grammar school. His wife and two daughters are thought to have been illiterate, though Susanna could scrawl her signature.

10. His Skull was Stolen by Grave Robbers

Grave-robbing was a big and popular thing in the 17th and 18th century. People stole the skulls of famous people to analyse it and see what made them a genius. No wonder Shakespeare was a potential target. The first archaeological investigation of Shakespeare’s grave at Holy Trinity Church in Stratford-in-Avon carried out for a documentary in 2016 reveals that Shakespeare’s head was missing and that it was probably stolen by grave robbers.

11. The Cause of His Death Is Still a Mystery

John Ward, the vicar of Holy Trinity Church (where Shakespeare is buried) wrote in his diary almost 50 years after the death of Shakespeare, ” Shakespeare, Drayton, and Ben Jonson had a merry meeting and it seems drank too hard, for Shakespeare died of a fever there contracted.” Most historians agree that it appears to be a baseless anecdote. Although, there was a serious outbreak of typhus, known as the “new fever”, in 1616 (the year Shakespeare died), which lends credibility to Ward’s story.

To the dismay of his biographers, Shakespeare had disappeared from the history between 1585 to 1592. Although, historians have speculated that he worked as a schoolteacher, travelled across continental Europe, studied law or joined an acting troupe that was passing through Stratford. Nothing is completely known about his whereabouts during that time.

14. Had a Close Connection With King James I

Shakespeare had close connections with King James I. The King honoured the actors of Shakespeare’s company as ‘Grooms of Chamber’. To show his gratitude, Shakespeare changed the company’s name from ‘Lord Chamberlain’s Men’ to ‘The King’s Men’. The new title was very much liked by the king and made Shakespeare his favourite. The King demanded more performances for the Court.

Theorist believe that several authors wishing to conceal their identity used the name of William Shakespeare as a front. It was hard to believe that a provincial commoner who had never gone to college or even ventured outside Stratford became one of the most prolific and eloquent writer. There are many theories about Shakespeare’s life and various people have various theories but which one is true is not yet clear.